Sidewalk chalk is such a joyous thing. I keep a box of it in the trunk of my car, in case of emergencies. You can write on a ton of different surfaces, and it’s better than spray paint for two reasons: 1) If you’re less artistically inclined, like myself, you can be more precise with your movements 2) It’s completely temporary, so you’re not really vandalizing anything. (Not that spray paint isn’t beautiful in its own context.)

I went to a park to do a few things with sidewalk chalk on a beautiful afternoon. I made a little game of hopscotch for people to use. As I was walking away, a woman yelled “Is that for you or the kids?” to me. I replied, “Both!” 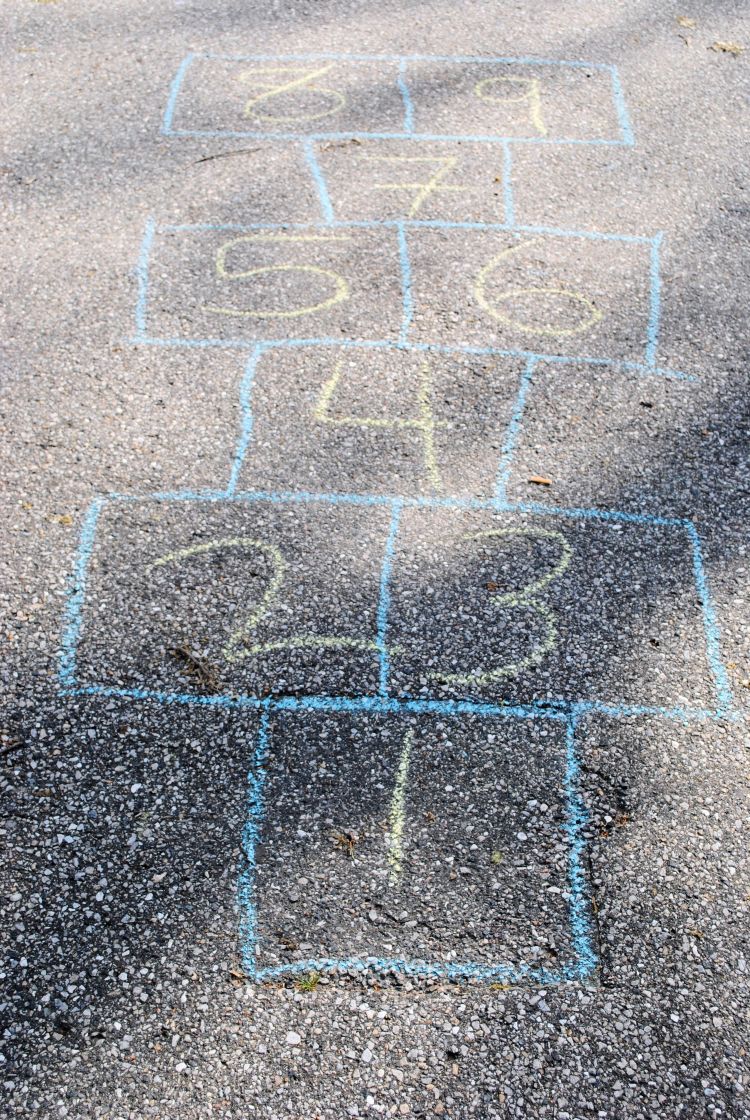 There are a bunch of small wooden pillars around the perimeter of the park, and I used them to spell out a message to anyone who was willing to find it. 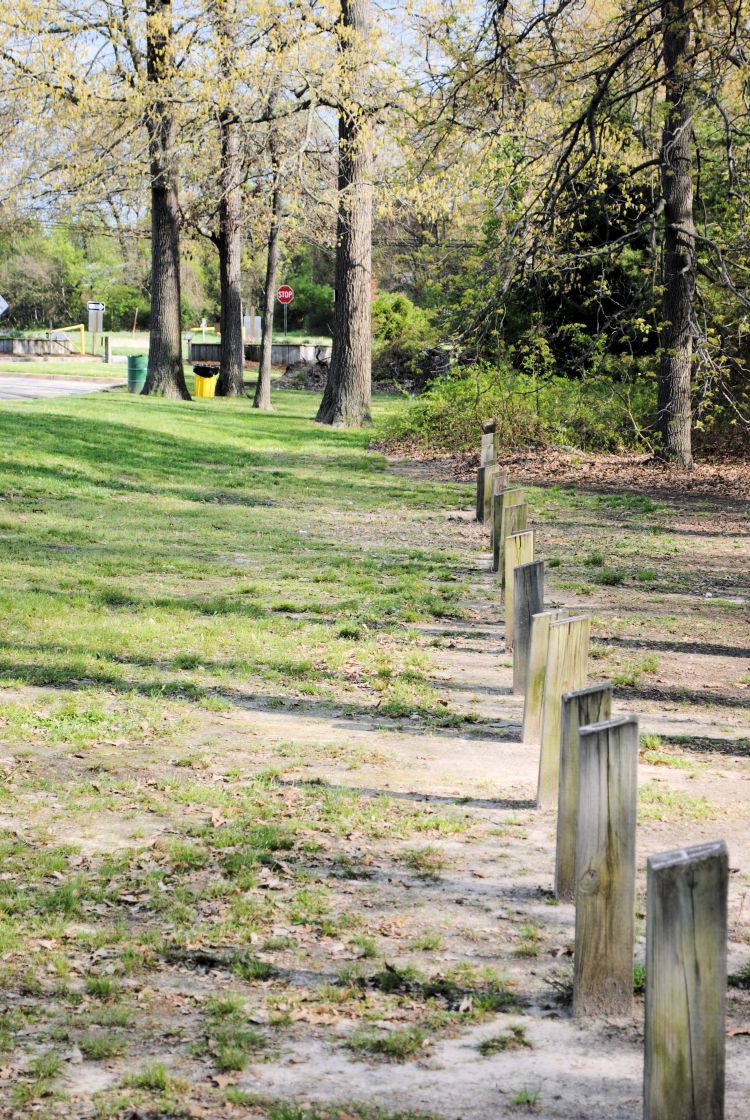 I wrote a different letter on top of each pillar, spelling out “You look beautiful, darling”:

Decorating tree stumps is a really fun activity. I challenge you to draw on one this month! I left my mark on this one… 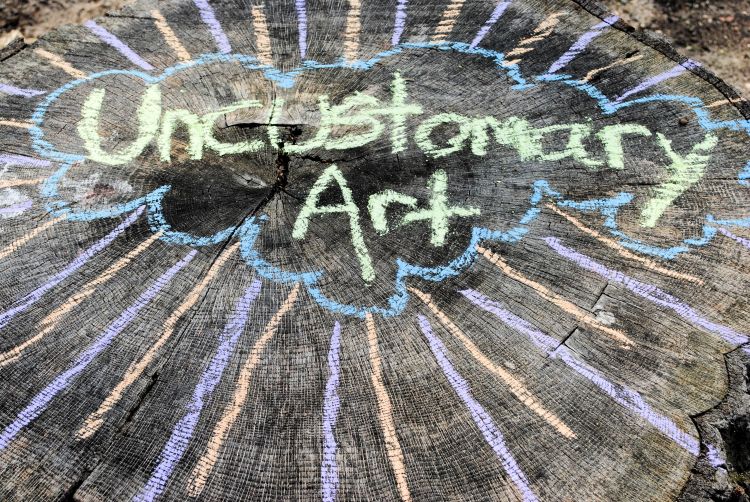 While I was at the park, I left some paper, a pen, and a giant clothespin that I found at Home Goods which instructs people to “leave a note”. I started it off, and hoped that while I was gone others would follow suit. The next day, I came back, but unfortunately it was all gone. I did see someone having a picnic on the tree stump I decorated, though! 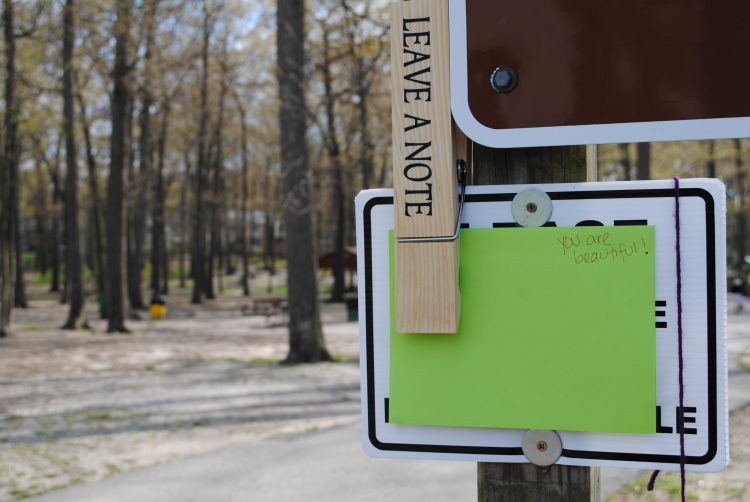 What would you have written on the notepad if you came across it?