On Tuesday, my friend, Brian, posted a link he found on NPR that reminded him of me. First, I looked at the pictures, like I usually do, and then I saw “Baltimore”! I realized that this intensely wonderful hopscotch crosswalk was in my city! I threw shoes on and got in my car. I was excited the entire drive there, found parking very easily, and walked to the intersection that’s just beneath the Bromo Seltzer Arts Tower (Eutaw & Lombard).

There it was, three different sets of hopscotch. I stood there for a second, ecstatic that Baltimore had commissioned this to be done. This is something that will show itself to everyone who passes through, I thought. This is something that won’t just bring smiles, it gives the individual a chance to interact with the installation. Official city people decided that this was something that was necessary to add to our streets! My heart swelled for Baltimore. 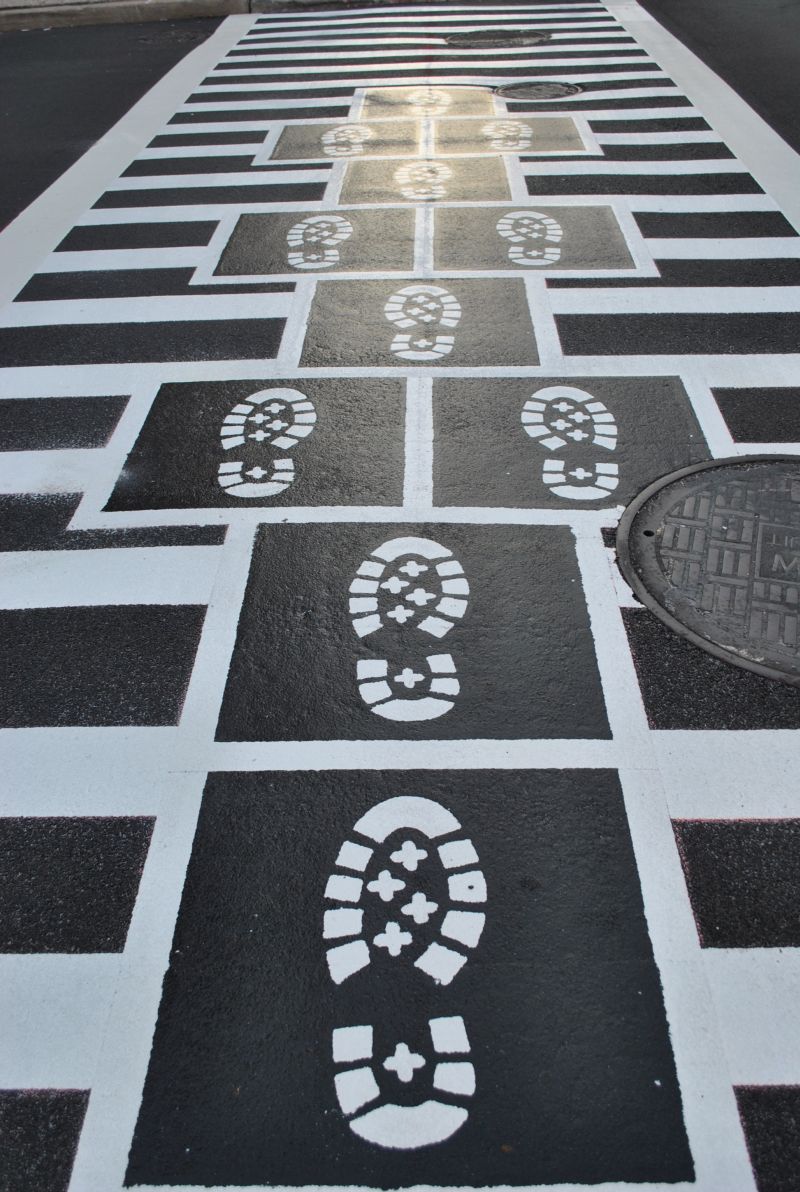 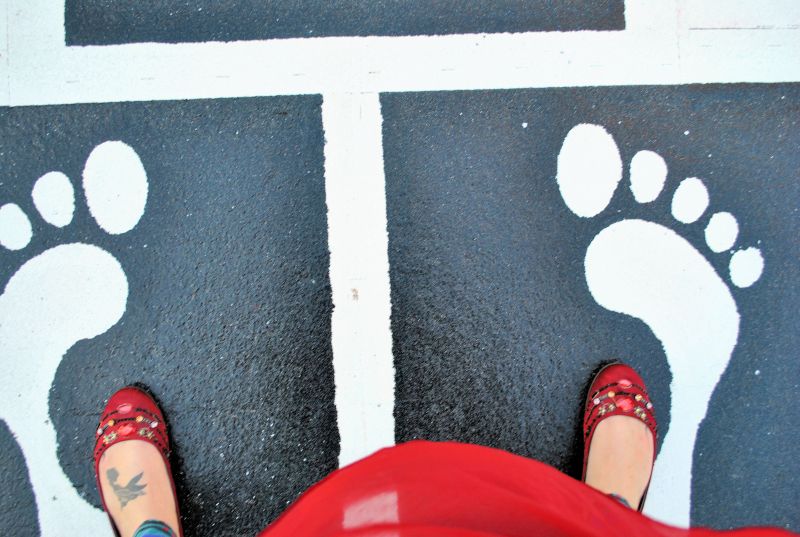 I went around the intersection two complete times. I got honked at by cars trying to turn on red because I was taking too long in the crosswalk. Uhm, it’s hopscotch. I have to do it right! (To be fair, if I was being a polite pedestrian, I wouldn’t have turned around to go back the other way…) After I felt I had experienced the crosswalks fully, I asked a construction worker if he would take my picture while I hopped. He kindly obliged and smiled as I jumped around in shoes that were giving me blisters. 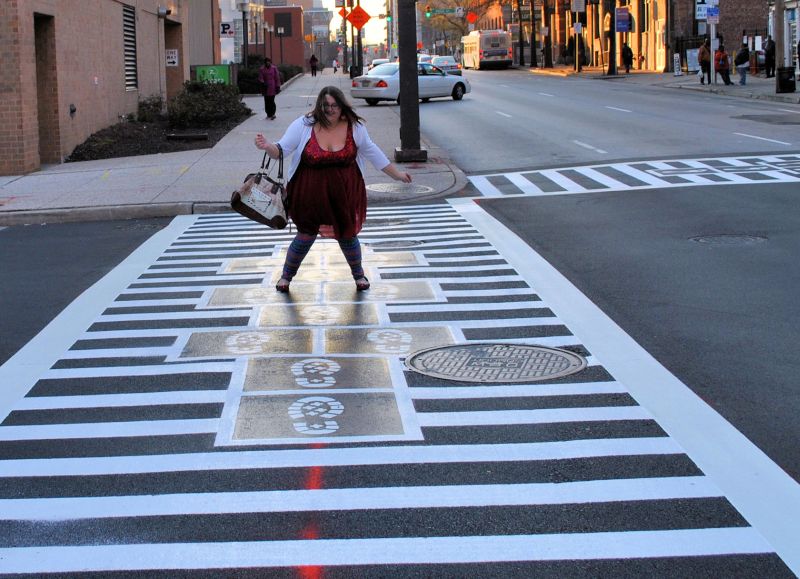 I thanked the man and headed to the elevator that would take me to the roof of the Marriott’s parking garage. Unfortunately, the way the walls are slanted on the roof, I wasn’t able to see over the edge in the spot that would have given me the best bird’s eye view. But I went all the way to the end, and you can still get an idea! 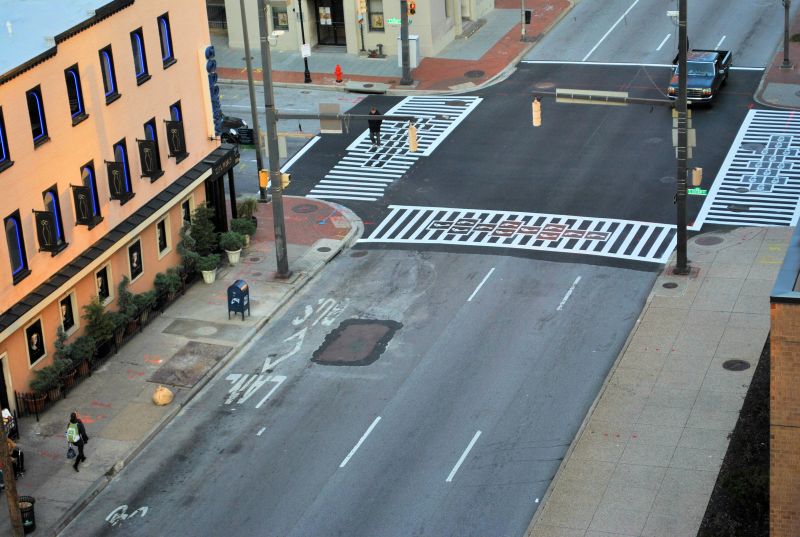 Excited and somewhat out of breath, I walked back to my car. I opened the original NPR article and read through the entire thing, you know, without getting up and leaving in the middle of it. It mentioned that there was another creative crosswalk on Eutaw. On Eutaw? I was already on Eutaw! I walked a few blocks north and there it was! A zipper going all around the four streets connecting Eutaw and Fayette. I can’t believe I’d never noticed this one before! 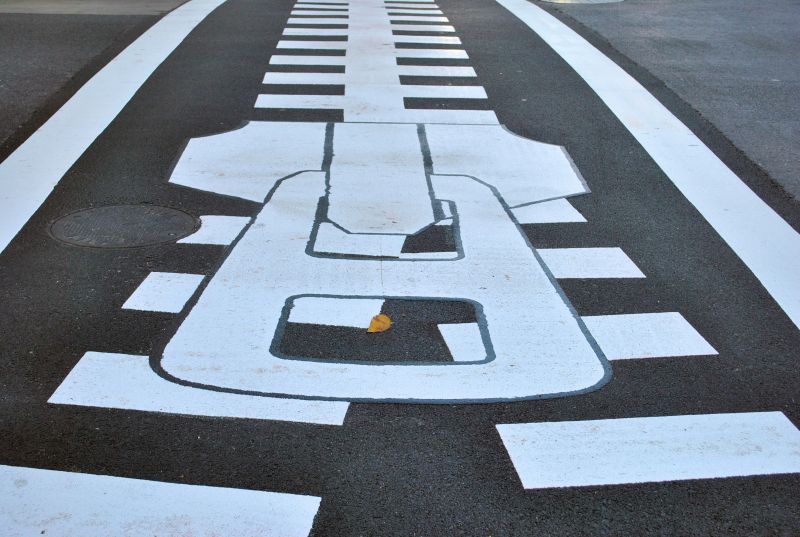 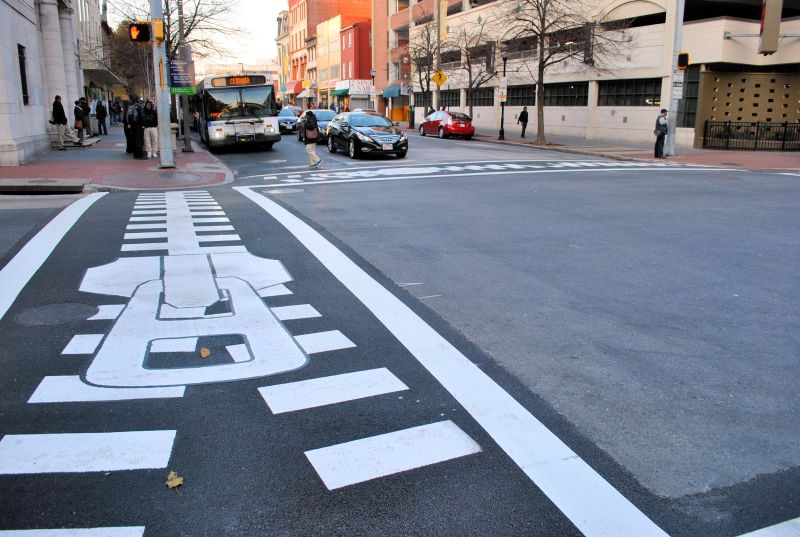 I’m grateful for cities who are willing to consider art as a necessary element in their environment. I’m grateful for friends who think of me when they see such miraculous street art. And I’m grateful that I have the use of my legs, so I could participate in the wonderful idea.