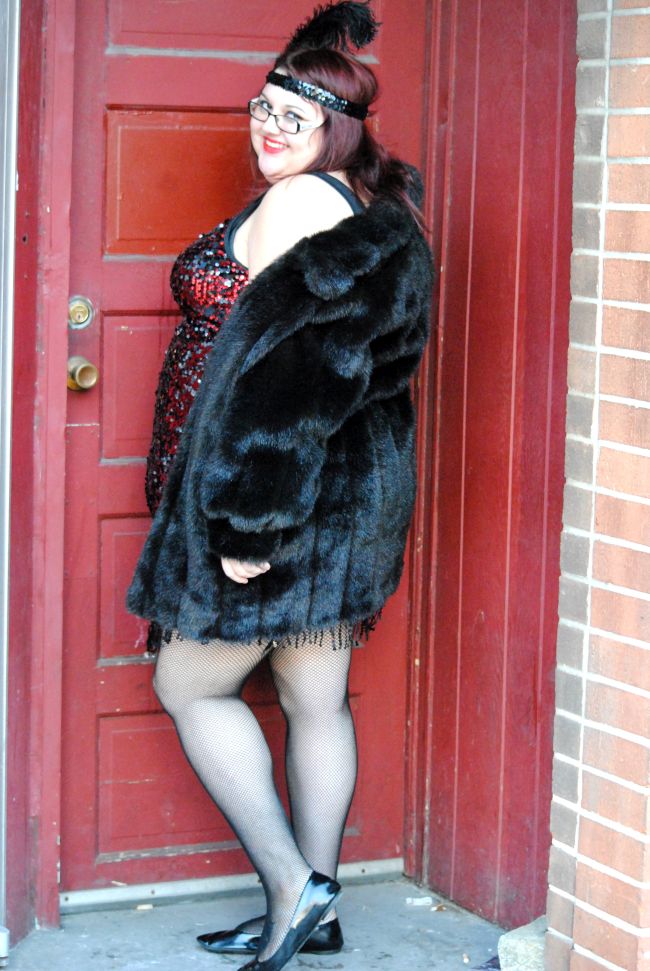 Lately, there’s been a lot of talk, diagrams, and videos circulating the internet about the ideal body type over the years. Every decade of the 20th century had a very specific idea of what was beautiful on a woman, and back in the 20’s, a very boyish body was all the rage. Don’t worry about a waistline or cleavage– in fact, they played down those features. 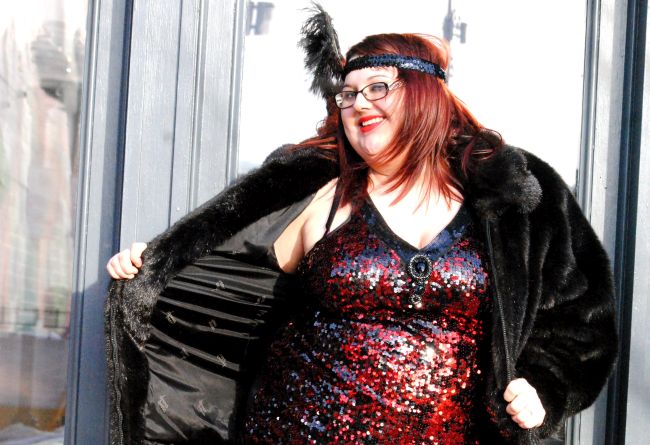 A hundred years later, I’m still extremely fascinated by the Roaring Twenties and the flapper culture that accompanied it. The first time I slid into a fringed flapper dress was when I was eight years old, and I immediately felt comfortable. Not much has changed. Recently, I got a gorgeous flapper costume from the Plus Size Lingerie Boutique, and I couldn’t love it more. They actually have a ton of flapper options, in case you’re into the more classic fringe look. I personally couldn’t resist the sequins, though. 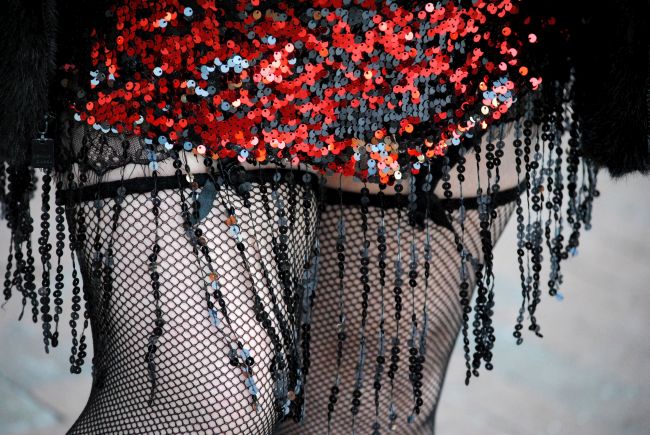 As enamored as I am with the fashion and culture of flappers from the 1920’s, I’m not worried about keeping up with tradition. I’m embracing curves and cleavage in my flapper outfit, and hanging out around town. 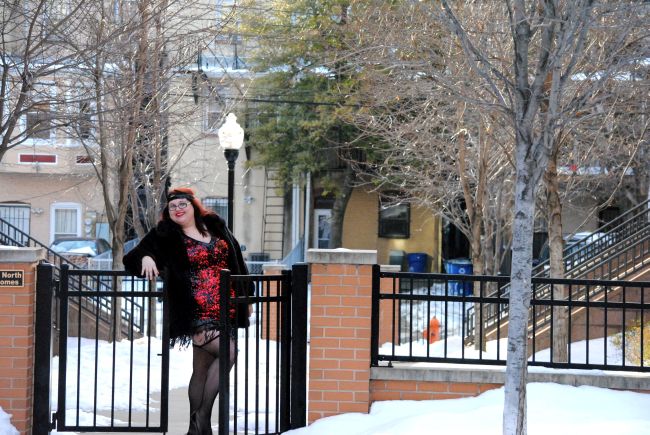 The sequins is satisfyingly sparkly and well attached. I barely shed at all, which isn’t something I can say for the rest of my shiny clothing. The dress is easy to put on and stretchy in the back, and it’s short enough to be sexy (lingerie, anyone?!) but long enough that you can actually wear it out of the house (like I did). Or you can just lounge around with some cats. That’s never a bad day. 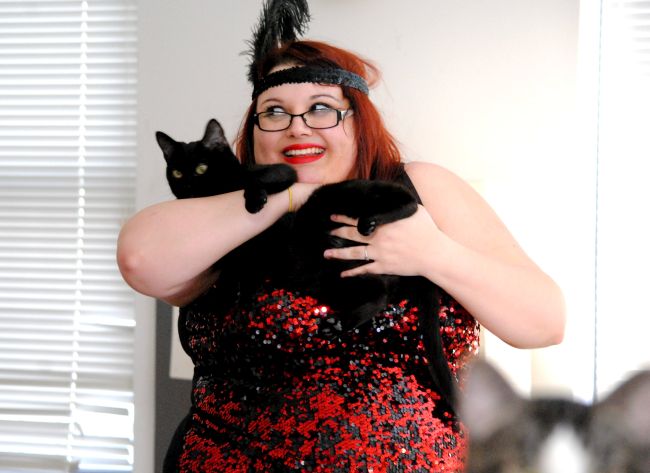 If costumes aren’t your thing, though, Plus Size Lingerie Boutique has classic lingerie, too. They go all the way up to 6X, and I guarantee you’re going to feel hot in whatever you put on. But let’s face it, that’s because you’re already hot. 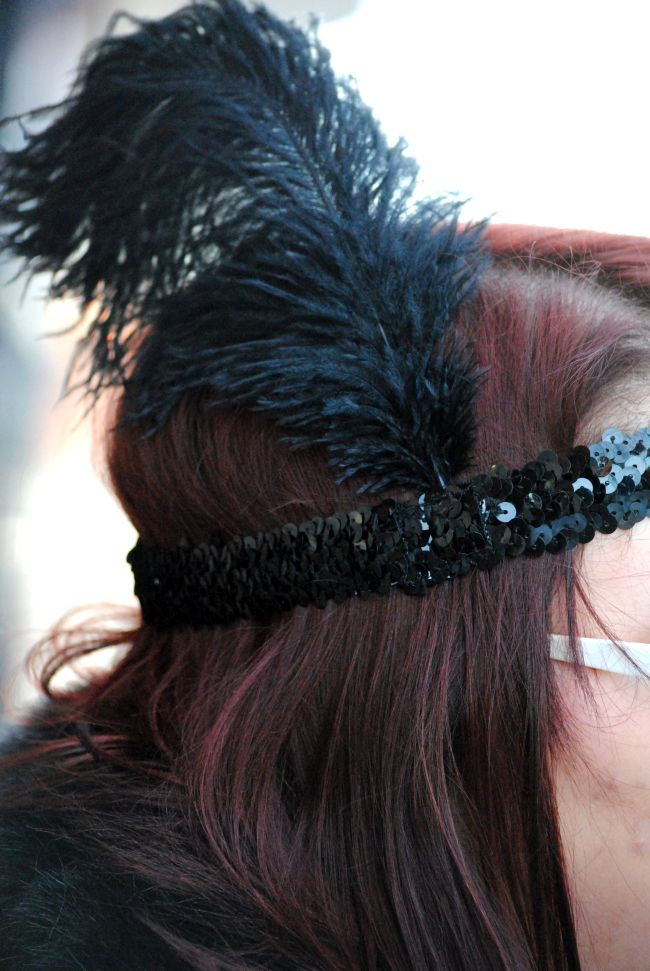 The costume I got just came with the dress and fancy feather headband, but I paired it with some more stuff to make the outfit a little more complete. Knee high fishnets, garters, shiny pointy flats, and a black fur coat from the 1940’s (thanks to Cristen’s British grandmother).

And if you’re not feeling like buying or wearing a flapper costume today, you can still get in the 20’s mood. Did you ever see The Great Gatsby? They recently re-made the movie, and it’s pretty cool. The soundtrack isn’t bad either. 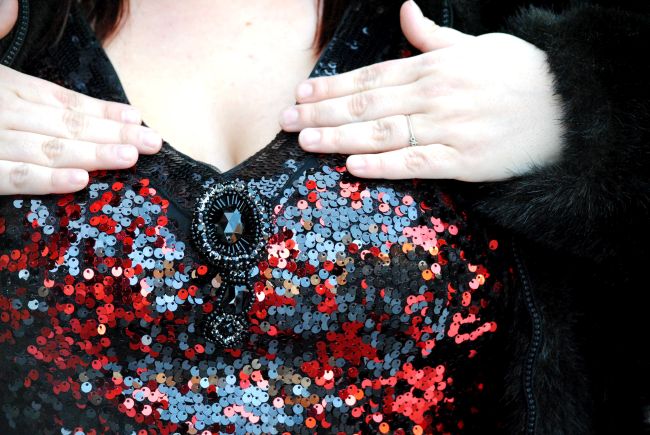 PS – Now that it’s 2015, I think we should also investigate the idea of hipster flappers. 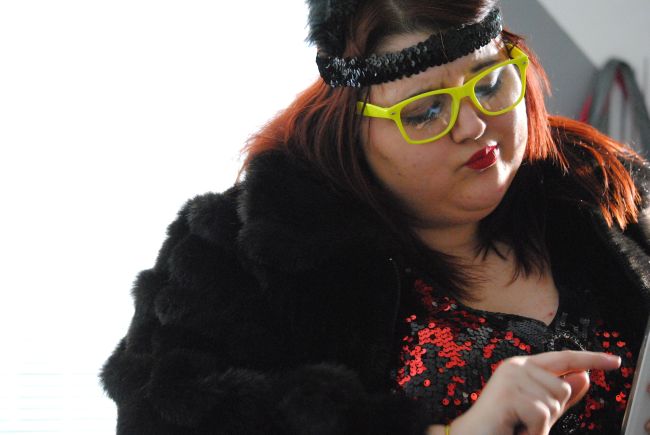