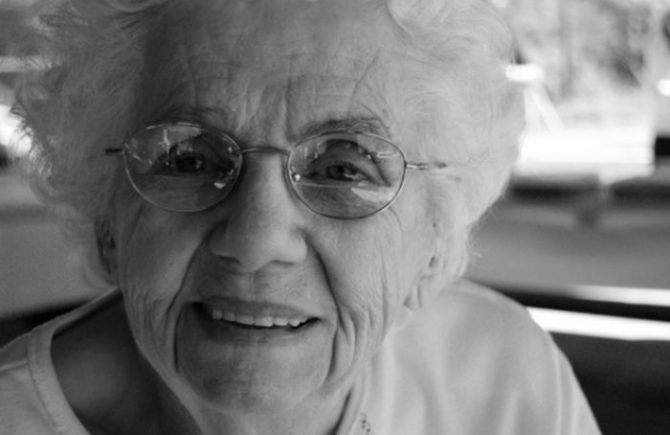 Not Just For Mandatory Reporters: How To Report Elder Abuse If you suspect that an elderly friend or loved one is being abused, you should report. Read on to learn how to report elder abuse.

More than 47 million people in the U.S. are considered elderly. Heartbreaking statistics show as many as ten percent of them have experienced some form of abuse or neglect. If you suspect that an elderly friend or relative is being abused, you need to report it. This article will take a closer look at the issue and explain how to report elder abuse.

Who Is Considered Elderly?

In terms of chronological age, anyone 65 and older is considered elderly. However, when discussing elder abuse, it’s important to focus less on a person’s age in years and more on what’s referred to as their “functional age”.

A person’s functional age refers to how well they can care for themselves both physically and mentally. For example, an 80-year-old man in great health is at far less risk for elder abuse than a 60-year-old man with cognitive problems like dementia. In this case, the 60-year-old man might be considered “elderly” when abuse is suspected.

What Is Elder Abuse?

The National Center on Elder Abuse defines elder abuse as “any knowing, intentional, or negligent act by a caregiver or any other person that causes harm or a serious risk of harm to a vulnerable adult”. You’ll notice the definition does not include a specific age.

A vulnerable adult could mean someone under the age of 65 who is significantly impaired by disease, injury or a loss of cognitive functioning.

Elder abuse falls into one or more of the following categories:

Physical abuse can include things like hitting, pushing, shaking, slapping, kicking, pinching, and burning. It also includes some things you might not have considered like force-feeding or the inappropriate use of medications.

Sexual abuse includes rape, sodomy, nudity and sexually explicit photographing. It also includes any sexual activity with someone who isn’t capable of consenting. A woman with dementia, for example, may not be mentally aware enough to agree to sexual activity.

Emotional/Psychological abuse happens when an elderly and/or vulnerable adult is injured in non-physical ways. Some examples might include insults, threats, humiliation and intimidation. It can also include treating the elderly person like an infant or isolating him from family members.

Abandonment can include physically leaving the elderly person somewhere alone like at a shopping mall or restaurant. It can also include abandoning them at a nursing facility without making appropriate arrangements in the caregiver’s absence.

Financial abuse can take on a number of forms. It might include stealing money by forging the elderly person’s signature on checks or loan documents. The abuser might convince the person in their care to sign over property when the person is confused or heavily medicated. It might simply be withdrawing cash from the person’s bank account without permission.

Self-neglect isn’t always something we might consider elder abuse, but it is. It happens when an elderly person is capable of caring for themselves, but chooses not to. He might refuse to take medication, food or water or deliberately ignore his personal hygiene. It’s just as important to report self-neglect as other types of abuse, because it is equally harmful to the elderly person.

Who Has to Report Elderly Abuse?

In most states, certain groups of people have what’s referred to a “mandatory duty to report”. Typically, these are people whose job it is to protect us, like police officers, firefighters and social workers.  They are required to report any suspected abuse.

Other groups of people may or may not be legally required to report elder abuse but certainly have an ethical duty to do so. They could include family members who care for an elderly relative, a neighbor, a church member or a store employee. Every state has different requirements. You can check your state’s information here.

How to Report Elder Abuse

In many cases, you can file a report anonymously. Some people worry about the consequences of reporting abuse, so it’s important to know that your privacy and security will be protected.

You’ll typically be asked to provide information like the names and relationships of everyone involved, along with the age and condition of the person you suspect is being abused or neglected.  It’s important to let the investigating agency know if the elderly person has mental or physical disabilities.

You’ll also want to give as much specific information about the abuse as you can. Try to provide dates and times, and let them know if there are other witnesses.

If you’re reporting financial abuse or exploitation, you’ll want to share any documents you have. These could include emails, letters, powers of attorney, wills or trusts. In this case, it may be helpful for you to retain an elder abuse attorney to help you understand your legal options.

Elderly people who have suffered abuse have a 300% higher risk of death than those who have not. Financial abuse costs the elderly as much as $36.5 billion every year.

Unfortunately, the majority of elderly people are abused by someone they know, often a caregiver. If you’re caring for an elderly friend or relative, know that there are things you can do to reduce the stress involved.

It’s important to know how to spot the signs of elder abuse. The physical signs are easier to spot than emotional or financial. Any obvious injuries like bruises should be reported. You should also take note if your loved one’s property has been damaged. It might be something as small as their glasses or jewelry.

Signs of financial abuse might include unexplained or unexpected withdrawals from your loved one’s bank account, changes to their will or a transfer of assets to someone you don’t know.

And if you’re looking for more ways to reduce stress, check out our blog.