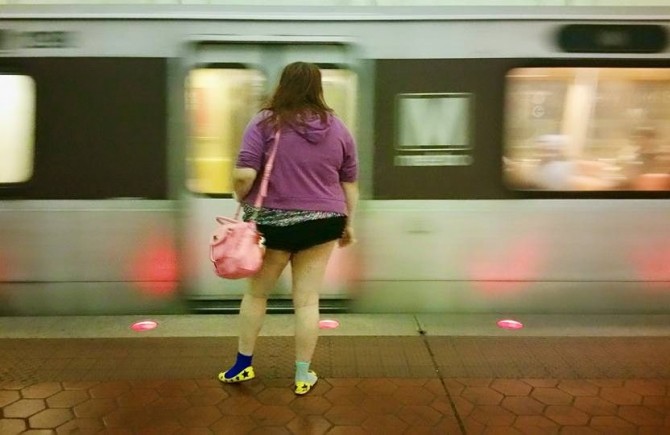 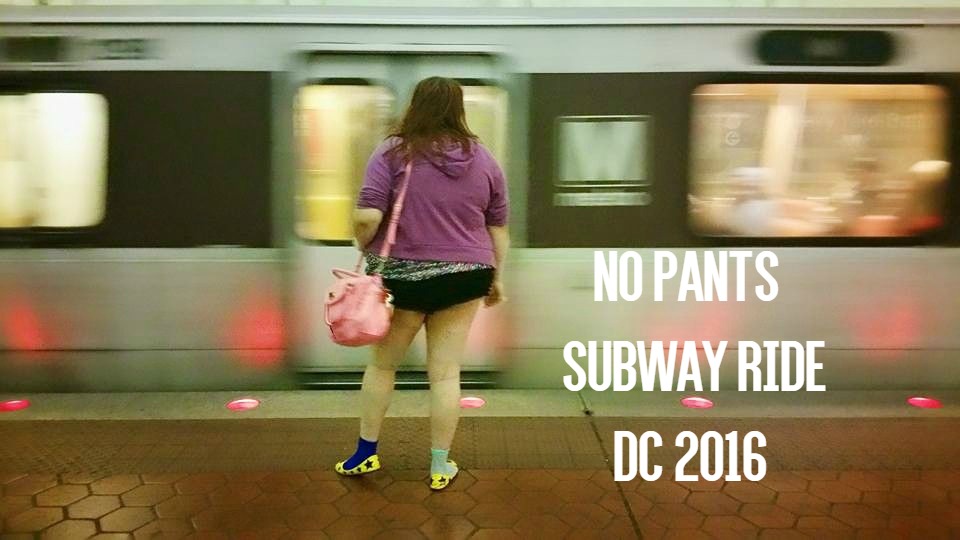 In 2002, Charlie Todd (who you now know as the founder of Improv Everywhere) got a few of his friends to take their pants off on a subway car in New York. This year marked the 15th Annual No Pants Subway Ride that has now been adopted in about sixty additional cities worldwide, including Washington DC which I attend every year. 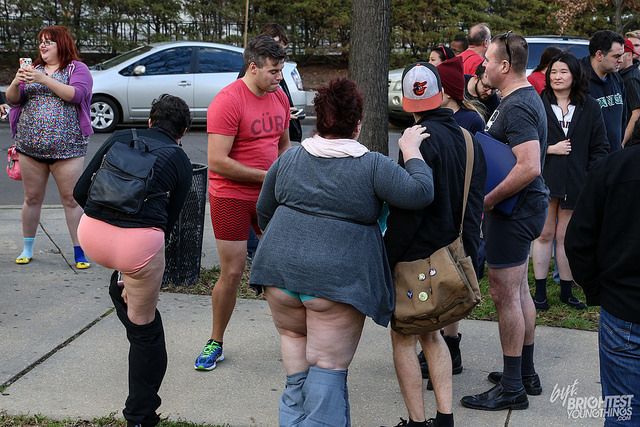 This year was my favorite experience, hands down. The first year I did it I went alone which was exhilarating because I felt like I was taking control of my own experience, and last year I got there late and not as many people were there or into it because it was so cold. This year it was around 60 degrees Farenheit when we got to the rally in Hancock Park, and people were really in the spirit! 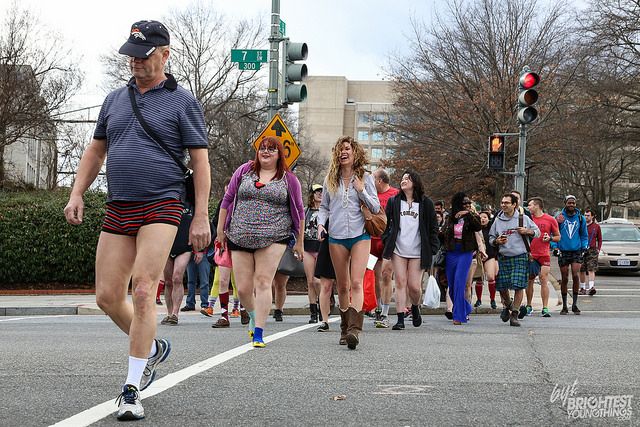 My friend, April, came with me and we ended up spending most of our time with Dr. Who (Chris) and Santa Claus (Randy). We were quite the group! I got to talk to so many great people, and my favorite part was this year everyone was really in on the joke! I really dislike when people make it a huge deal that they’re not wearing pants because it takes away from the intent of the scene. You’re supposed to keep a straight face and make an excuse for why you aren’t wearing pants, not scream it at strangers. 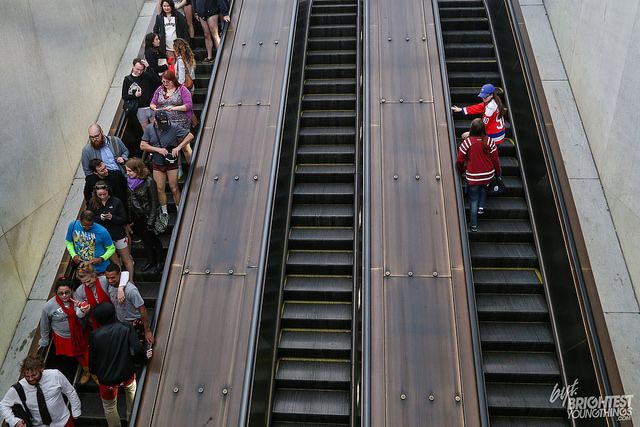 I heard some really great excuses, too, like, “My pants got stuck in the Metro door”, “Well I forgot my pants so he felt bad and took his off, too”, and, “Jesus didn’t wear pants”. April and I stuck with the excuse that it was unseasonably warm for January and it was weird that they were wearing pants. 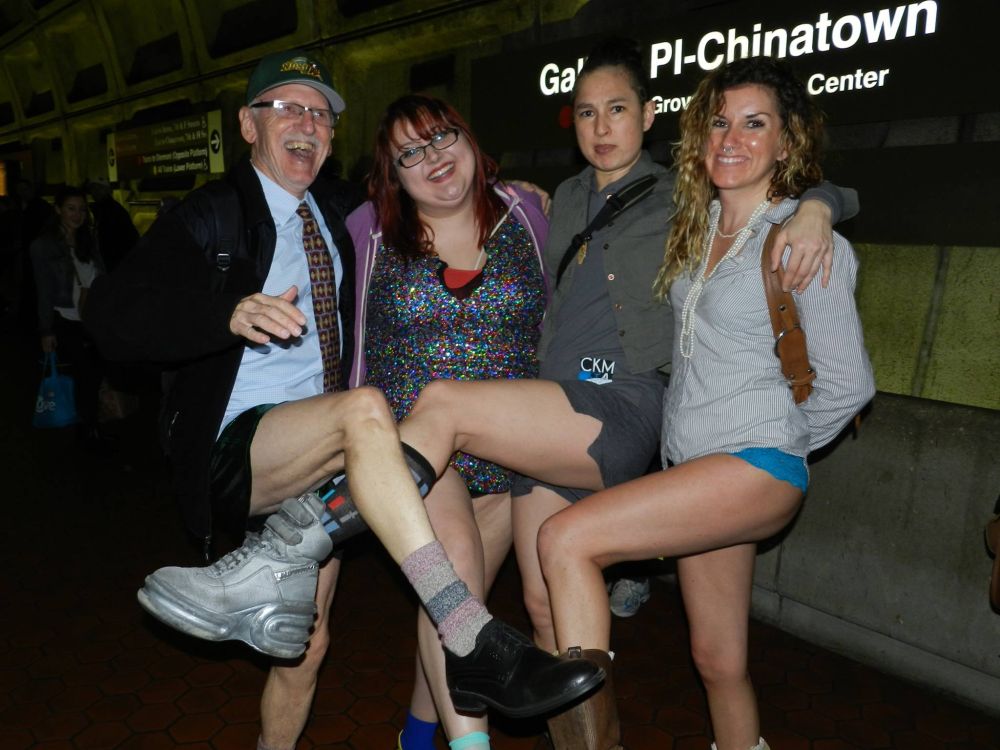 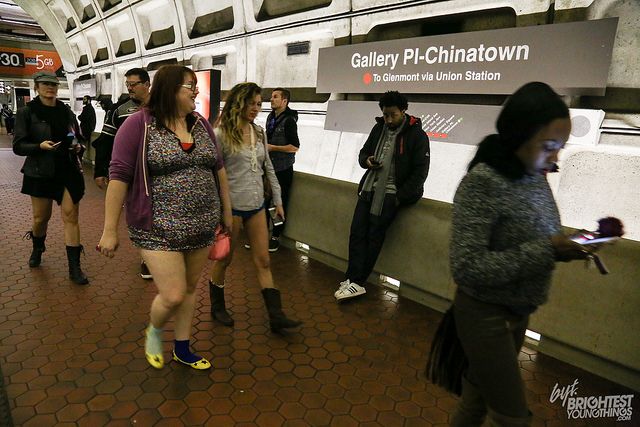 Don’t worry, though, we caused some scenes on the streets, not just on public transit. I’m kind of obsessed with this photo of Scary Santa creepily lurking in the bushes. 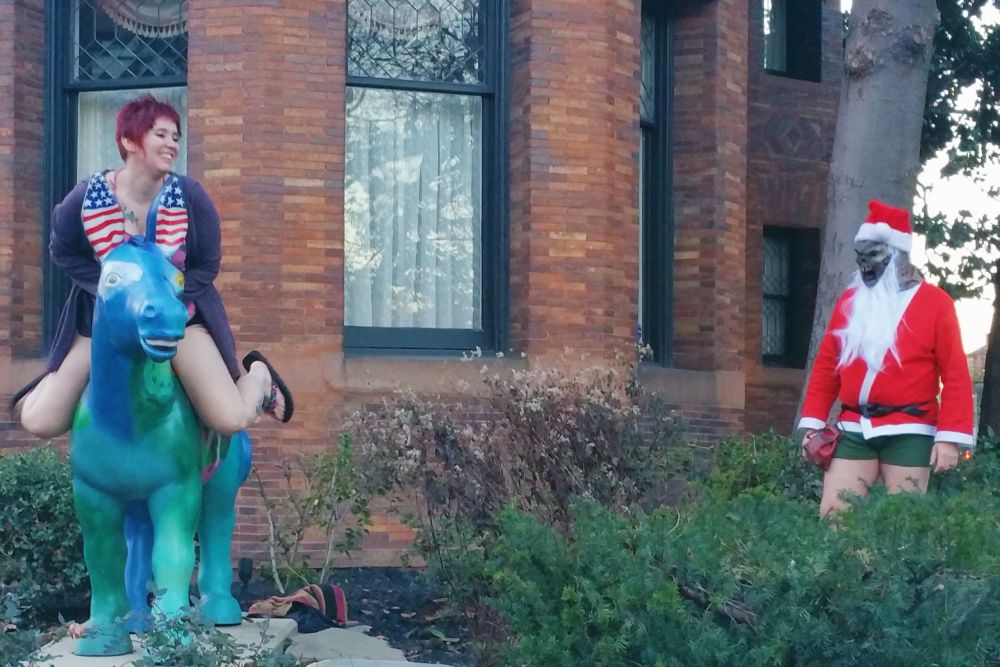 I was grateful for my We Love Colors socks to keep my feet warm, too! It might have been warm when we started but it was cold as hell by the time we walked our way to the after party. Needless to say, I put my leggings back on before I walked back to the Metro in the dark. 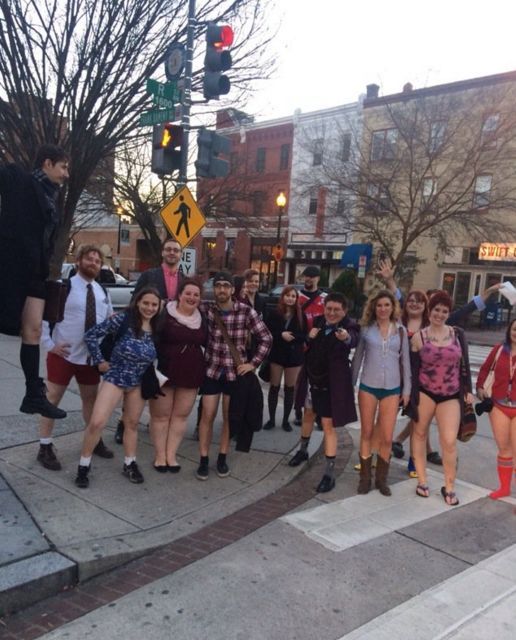 If you have any questions about this event, please let me know. Below is a video I made of some footage I took during the event and a clip from WUSA9’s local news where I was interviewed. I said a lot more interesting stuff, but you know them there newscasters! Hahah. Just kidding, I’m really grateful to be a part of the clip, and super grateful to Will for paying the fee to download the clip since none of us could find it anywhere!


You can view my write ups from 2015 and 2014 as well as the official video from Improv Everywhere this year and their informational page.

Have you ever participated or would you?