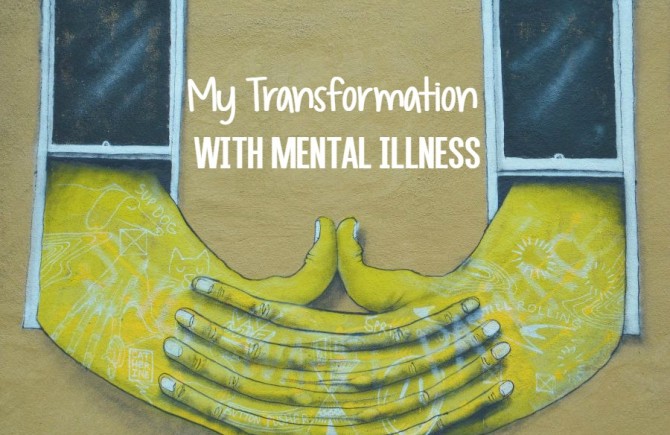 My Transformation With Mental Illness 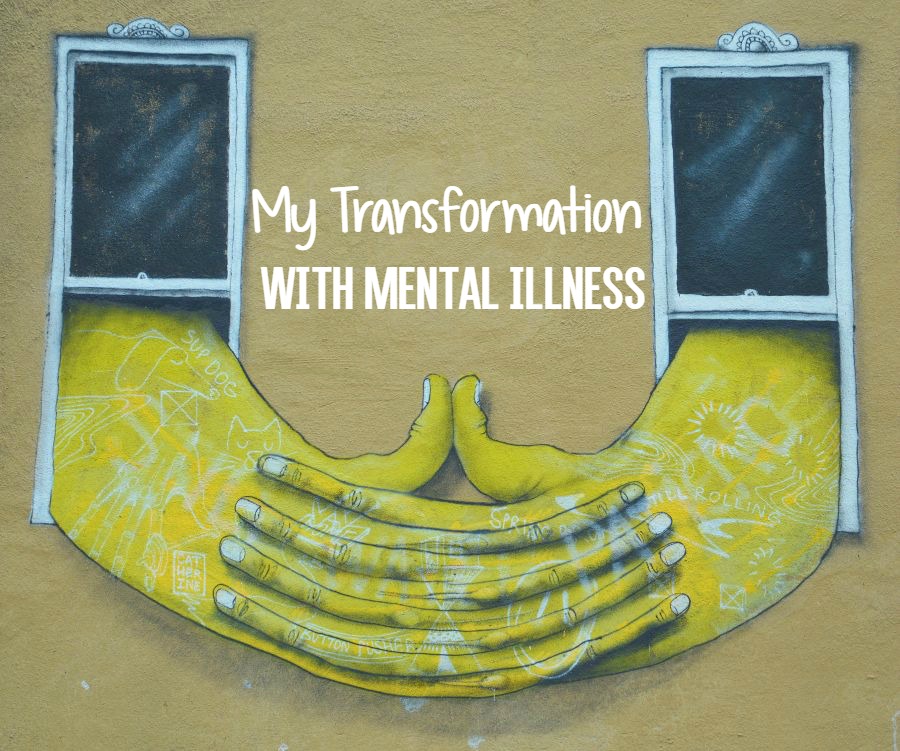 You know when you’re having an irrational thought and recognize it’s irrational but that doesn’t stop you from thinking it? Like, when you’re on your period and you yell at your roommate because they moved your slippers four feet away from where you usually keep them? While you’re screaming you might simultaneously realize how silly it is that you’re livid over house footwear and feel legitimately upset that they would dare treat you with such disrespect. Well, that’s kind of what it’s like living with a mental illness.

I spent almost a decade living this way without treatment. My mind would tell me to turn my lamp on and off seventeen times, to check the door lock six more times before I went back upstairs, and to touch my shoe on the throw rug and regular carpeting at the same time until it just felt right. Getting something to be “just right” sometimes took hours. It would only end if I got so exhausted I fell asleep or someone physically stopped me. My friends stopped suggesting to go into Suncoast Videos when we were at the mall because they knew I would start straightening every single VHS and DVD cover art. Sure, they could drag me out of the store but then I’d just start bawling.

It wasn’t just those compulsionary behaviors I would later learn were part of Obsessive-Compulsive Disorder, though. There were a bunch of other things. I couldn’t stop blinking. I know you can’t stop blinking either because you’re like, a human, but when I say blinking I don’t mean lightly fluttering my eyes to keep my eyes operating properly, I mean hard squinting that involved all my face muscles. Each of my blinks took about half a second, whereas the average blink takes just 400 milliseconds. They were severe, painful, and distressful. The first time I figured out what was causing my blinking, facial, and vocal tics was after typing “turretts” into Yahoo web search.

I had immense anxiety and panic attacks almost weekly. I stopped eating healthily and then at all for a period of time. I exercised three hours a day with my intensive dance company and then went to the gym three times a week. I was underweight, but still had a terrible body image. I looked in the mirror and saw an unworthy fat and ugly person with too much body hair and acne to deserve love from anyone including myself. 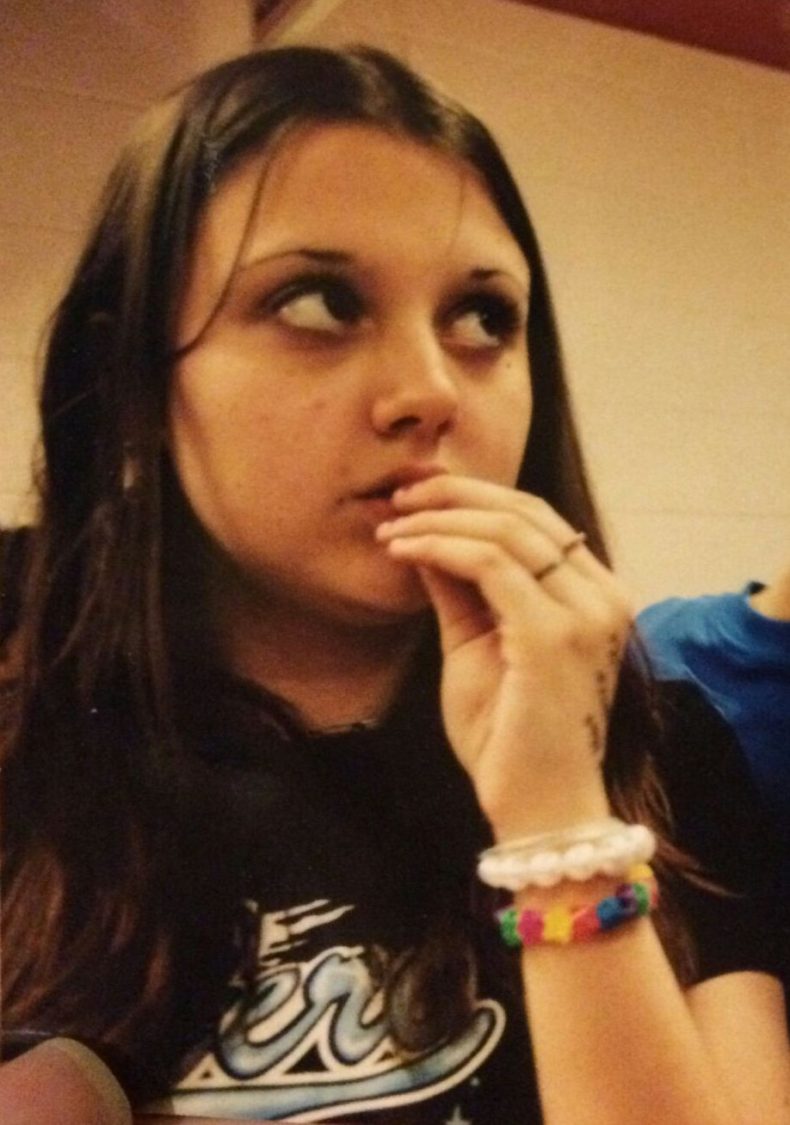 Everything was so stressful in addition to the regular shit kids and teenagers deal with anyway like bullying, peer pressure, cliques, homework, and the beginnings of romantic relationships. I started spiraling and couldn’t really handle what was going on. I wasn’t in therapy, I wasn’t medicated, I had no coping skills of any kind. I slipped into a depression and began to self harm (read more about that here). Looking back, my depression was a direct result of all my other symptoms and struggles. Of course I’d be depressed when I had to deal with the symptoms of four un-diagnosed disorders, the urge to cut myself every night, disordered eating patterns, and an all-encompassing self hatred.

When I was sixteen I was officially diagnosed and began taking medication.  I slowly started to feel better, but without actual coping skills it was mostly just an oral Band-Aid on top of a gaping wound. About five years after high school I got so sick that I decided enough was enough and I needed to get real help. I change psychiatrists to someone who began to help me find a cocktail of prescriptions that would treat as many of my symptoms as possible, and recommended I start Cognitive Behavioral Therapy. I found a therapist and began working on the hardest thing I’ve ever done.

CBT is basically exposure therapy for your symptoms. We specifically worked on my anxiety and OCD. I had weekly homework assignments that made me sweat, bawl, and scream. I’ve never been so miserable in my life. I didn’t lose hope and kept at it, doing this things that would have looked absolutely bizarre to anyone watching me Truman Show style (like sitting in my bedroom staring at an open drawer for 45 minutes or placing a small end table in the middle of my floor and walking around it 30 times).

The first weeks felt terrible. I wasn’t seeing progress and just felt like a ball of anxious misery. My grandma died about three weeks into my treatment and I wanted to give up, but I kept going if only so I could have a therapist to go to every week. That couch was really uncomfortable (I’m not a huge fan of leather furniture), but it was good at catching my tears and snotty tissues. After about six weeks, I started realizing things were working. All of a sudden sitting with my drawer open for 45 minutes didn’t make me feel as anxious. I mean, it still sucked balls but it wasn’t quite as sucky. I started being able to sit with my anxiety in a way that felt more comfortable even if I wouldn’t consider my experiences “pleasant”.

After “graduating” CBT I started working on being myself a little more. I allowed myself to dabble in hobbies I had only hoarded supplies and books on instead of actually trying. I tried my hand at knitting and entered a yarnbombing contest. I felt happier the day I amaturely sewed the seam up my hand knitted rectangle on that parking meter pole than I had in years. I got this feeling of empowerment, joy, fulfillment accompanied by the adrenaline of doing something a little weird and not entirely legal. I started mini guerrilla art projects and documenting them on my brand new blog with dimly lit photos and no formatting. I felt creative and more like myself than I ever had before. 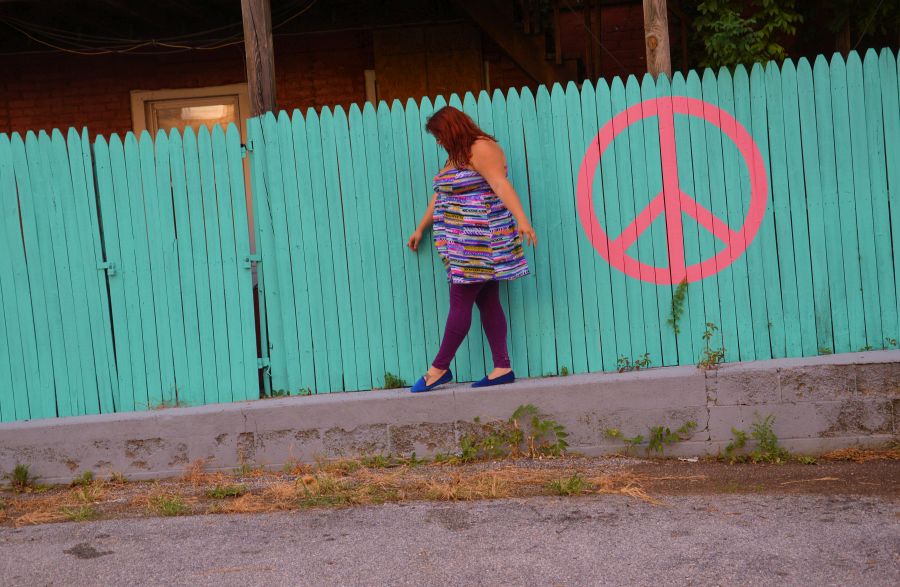 Despite working full time and taking four college courses, I made time for knitting rectangles to sew to poles in the city and making my own stickers to slap on signs and bathroom stalls. I communicated with people I had never met in person through artful snail mail letters and learned that there were people all over the world who thought my interests were fascinating and even had similar ones themselves. I felt like my life was just beginning and I was desperate to keep going. I woke up at seven in the morning every Saturday to go drive around the city with these tiny installations I had worked on during the evenings that week. One Saturday night after a long day, I wrote in my journal “I can’t wait to never stop”.

About a year later I broke up with my boyfriend of over six years. In hindsight, the timing makes perfect sense. I wasn’t ready to leave my comfort zone with anything, let alone my comfy familiar relationship, but suddenly it was time and the universe was telling me so. After this culture shock, I decided to completely uproot my life and quit my day job. I didn’t have a well thought out business plan, but I didn’t care. I was spreading my wings and figuring it out. I was becoming happy.

After my heart began to mend, I realized I was terrified to start dating again. Diving into the dating pool was probably the best thing for my self love journey, even if it didn’t feel like it at the time. I was vulnerable and scared, I questioned how I looked and initially felt like there was no way I’d be able to find someone I actually liked, let alone loved. I hadn’t been single as an adult and I was a hundred pounds heavier than the last time I got a new boyfriend. Who would want me? I set my hopes low. Fortunately, I quickly learned that my physical appearance had very little to do with my success in dating, and the people who would be instantly repulsed by how I look wouldn’t be people I would get along with anyway (read more about being plus size here). 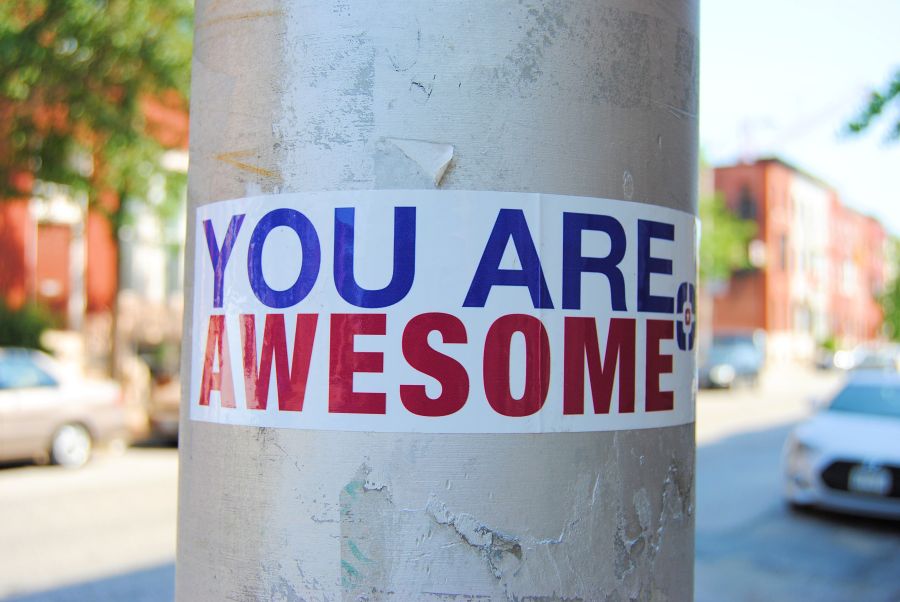 I still have giant setbacks. I have debilitating panic attacks, mood swings, tic fits, and OCD flair ups. I take medication every day and have to remind myself to take care of myself because it doesn’t come naturally. My happiness, life appreciation, and ability to love myself is ongoing, all over the place, and a conscious effort. I made a choice to do something about my state of mind and mental health, even if it wasn’t a light bulb A-Ha! moment (taaaaake onnnnn meeeee, take on me), and it needs to be for you, too.

My transformation with mental illness that started with symptoms that kept me up all night has led me to self love, which I found to be the key to happiness. I think my (ongoing) experience qualifies me to help others, and I’ve been doing so. I’ve helped friends in real life, strangers online, and now I want to help you. I’ve created an e-course called Self Love: The Key To Happiness, and I believe it has the power to help you live the life you dream of.

I hope you enjoyed reading part of my story, and I hope you’ll let me help you make yours the best one possible.