My original idea for my October event was to celebrate Halloween by doing some silly relay races and a scavenger hunt. People who weren’t busy watching the Ravens game or being hungover from the best Halloween party of all time the night before came in one by one, but by the time we decided to get started, things were too relaxed to be organized. We didn’t do the scavenger hunt at all, and the relay props ended up being used in very different ways than intended. You know what, though? We had a really good time.

The brooms we were going to use to sweep witch brooms across the ground in a race ended up being perfect for working on our flying skills. Up, up, and away. 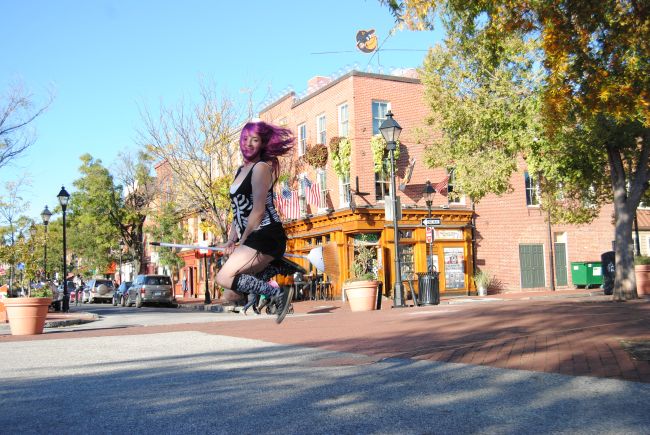 We sat on the ground in a circle, passing around hot sipping chocolate and getting to know each other. Charlotte pulls off brown-stained teeth better than anyone else I know. 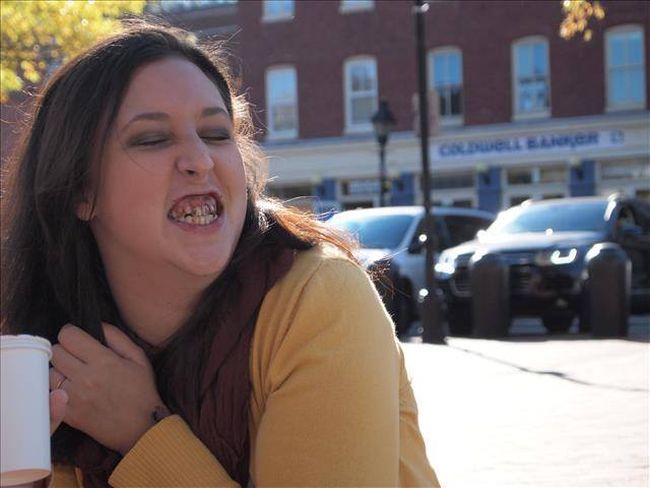 Props to Alan for coming, even though he clearly thinks that now that he’s grown a super hot beard he doesn’t have to participate in life. I think maybe he took the expression “showing up is half the battle” a little too hard. His headband was orange, though, so everything is fine. 😉 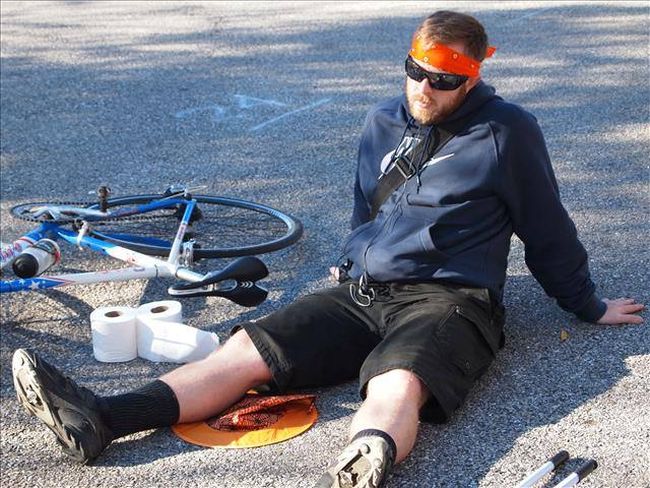 Before Joanie came over, I had wrapped Charlotte up in toilet paper. I only used two rolls and definitely didn’t worry about missing spots or the aesthetics. Joanie got sad when she realized she had missed the mummy wrap, so I told her she could wrap me, and wrap me she did. The most intense mummy wrap of all time! She and Tom worked their butts off in a sassy joke-ridden teamwork style that made it hard for me to not laugh and break the tissue.

Strangers stopped to see what was going on, give us pointers, and take photos with me. I couldn’t move, so almost all of the photos I saw later were surprises. 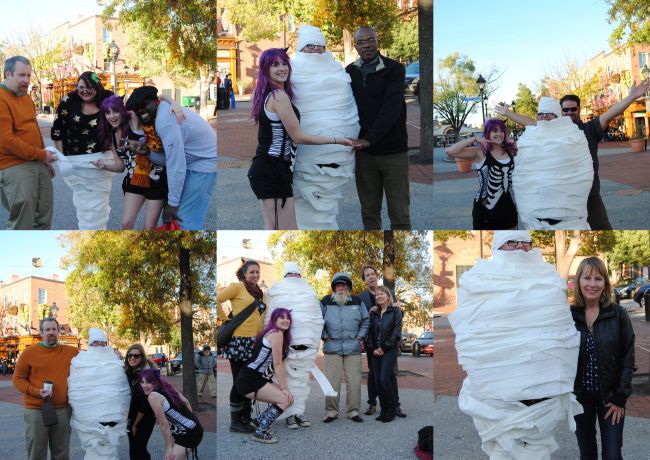 The best part of the mummy wrap was obviously me breaking out, though. I had to stand perfectly still for a half hour, I can’t tell you how good it felt to break out! [Cue George Michael’s “Freedom”]

One of the fun surprises about this event was that my friend, Tom, came out! We’ve been exchanging mail art for a little while and since he’s local I kept trying to get him to come to events! I’m so glad he did in his super Autumn themed sweater. 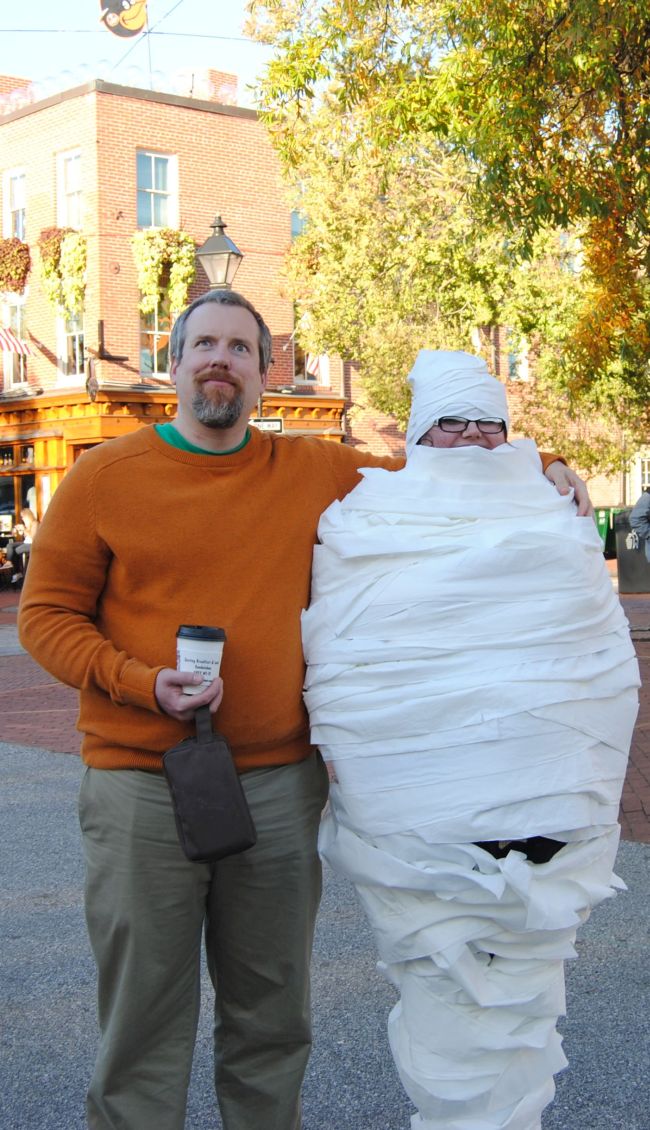 After we cleaned up everything, we headed to The Admiral’s Cup for a drink and I handed out goody bags. I’m really glad everyone was able to come. 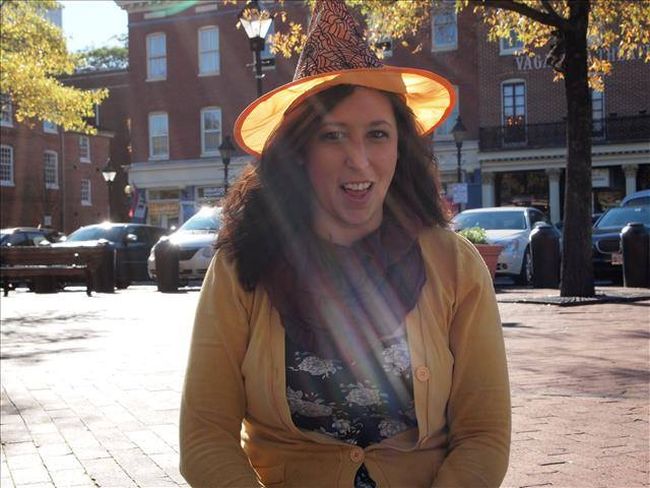 Thanks to Joanie, Charlotte, Tom, Alan, my dad, and all the strangers for coming out and participating. I really appreciate it! 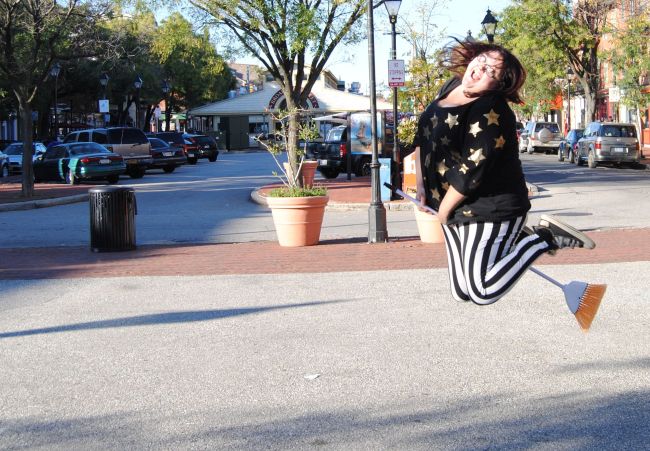 Be back later. Gonna take a ride!