I really admire people who can devote themselves fully to a project. Like Ron Swanson says, “whole ass one thing”. Katzi (a Video Production Specialist by day and snail mailer by night) started the Creepy Hearts Club, and I really love how much it has taken off. Read on to find out what I’m talking about, who Katzi is, and how you can get in on this fun game! 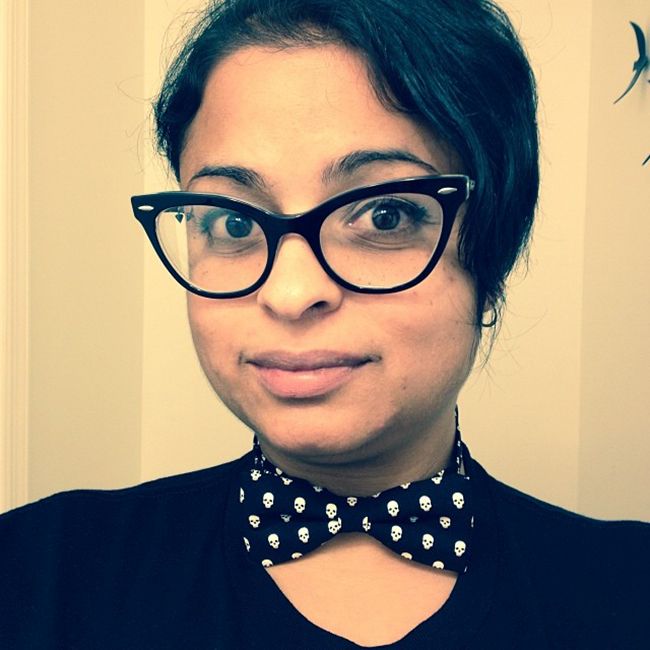 What is Creepy Hearts Club and how did it get started?

Creepy Hearts Club started a little bit out of boredom. I was working on a very intense and long render at my Video Production job, so while I watched progress bars, I decided to follow along with Omiyage Blogs and did a little Kirigami shape that left me with 4 little heart cut-outs. I drew faces on them – the 3 CHC faces you know and the Commes de Garçon eyes. I thought it was a rather interesting grouping of faces on hearts and took a photo. While editing it in the A Beautiful Mess app, the name “Creepy Hearts Club” just kind of stuck! I posted that to my Instagram and my friend Oak asked me to send him some, so I used this stash of scrapbooking paper tucked away in my filing cabinet at work and made some for him. And then the requests started coming! So much so that I started their own Instagram, Tumblr, and Gmail to keep track of it all! 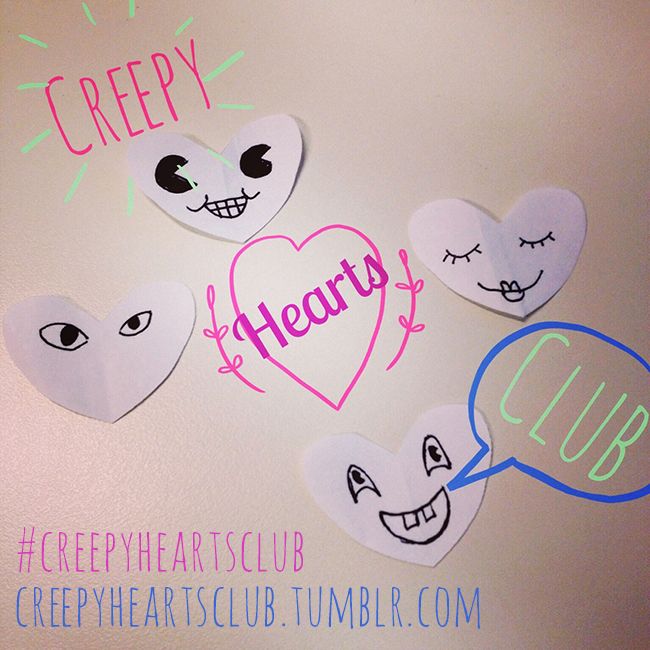 Is sending out CHC packages your first entry into the snail mail world? If so, how have you been enjoying the process of having a PO Box, using stamps, making mail art, etc.

The first package I ever sent was to my awesome pen pal, Jess through Fab’s Secret Pen Pal Scavenger Hunt. I had so much to learn but I got lots of ideas as everyone reported what they had sent and received. I also kept a close eye on the #incomingmail hashtag on Instagram so that my packages could be a little more…interesting and fun.

I am loving this Snail Mail Revolution so much! I love going to the post office to send packages off and pick them up! The best part is getting to send and receive mail from all around the world! I love that more than anything! I’ve also started getting more serious about actually learning calligraphy. It’s one of those things I’ve been telling myself I would learn but I never get around to it. Writing to pen pals is the perfect excuse to hone in on my handwriting and with beautiful examples from my pen pals, it’s the perfect motivation to pick up that pen and go, go, go! 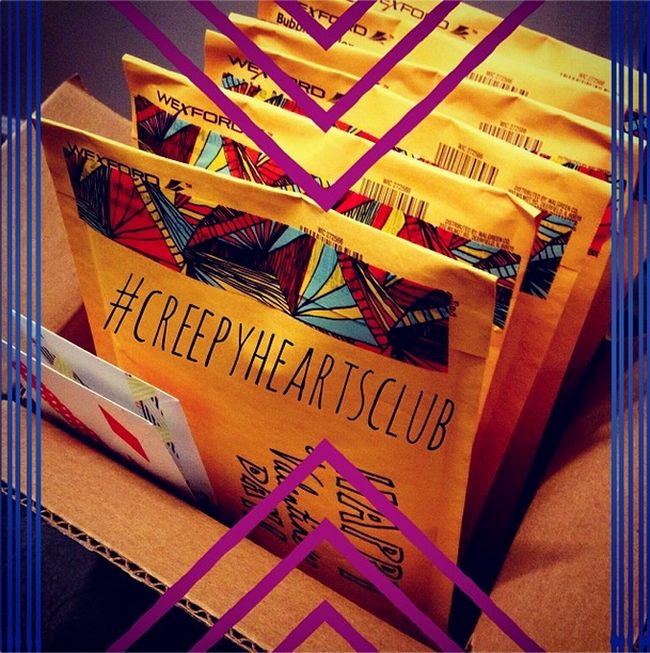 Now that CHC is growing, you’ve begun to branch out with things like zine publications. Ideally, where do you want to take CHC? Where would you love to see this project in a year?

I would love for it to be a movement. Shirts, stickers, more zines…you name it! I’m a big-time kidrobot fan and I would love to do a collaboration on something small like keychains or zipper pulls with them, and have the CHC message be part of the packaging! 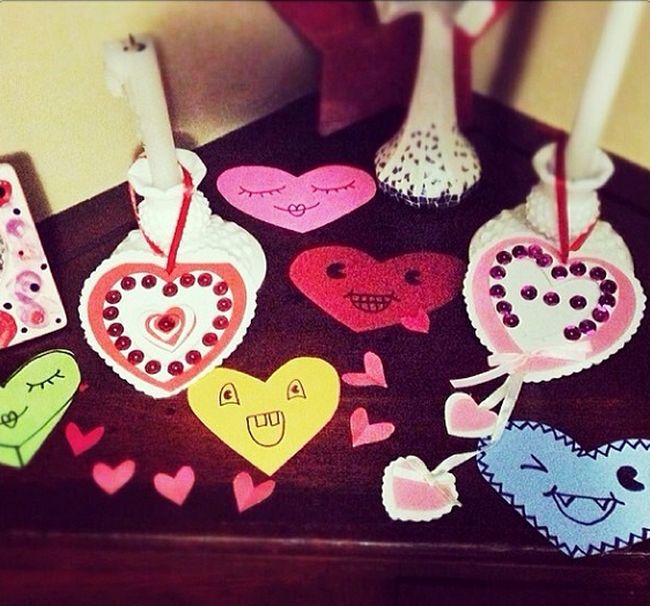 One other creative medium I know you’re passionate about is instant film. What about instant film is so appealing to you? Do you prefer it to digital and other forms of analog film? What do you do with all your prints?

I love instant film because it’s so instant! I know that sounds corny but when I was in college, I used to work in the Video/Photo equipment check-out area (where students could basically “rent” equipment for projects) and there were lots of times where the photo employees would ask the video employees to stand for a test Polaroid for lighting purposes. Or if we were feeling silly, we’d shoot Polaroids of all kinds – original Polaroids, medium format Polaroids and large format Polaroids – of whatever wherever. I have a box full of them and they are my reminder of my fun times in college. 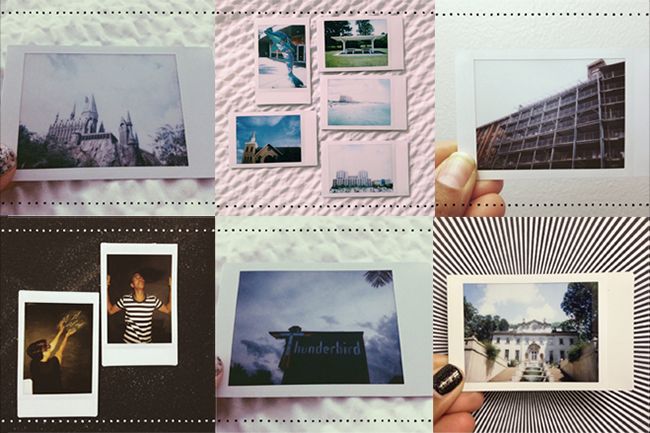 Besides mail, hearts, and film, what are some other things that inspire you?

My friends and family inspire me very much! I love picking up on their energies and trying to infuse that in my packages. There are also tons of bloggers (such as yourself!!) that very much inspire a lot of what I do because we all have the same message, right? 🙂

How can an Uncustomary reader join the Creepy Hearts Club?

It’s simple! They can either drop me a line at creepyheartsclub[at]gmail.com, send me a message through Tumblr or DM on Instagram that includes their mailing address so that I can send them out right away! xo

Isn’t that awesome? So go hit up Katzi with your snail mail address so she can send you some creepy hearts and, in her words, “keep the creative process going and hopefully help inspire others to explore their own inner creativity”! (And let her know I sent you.)