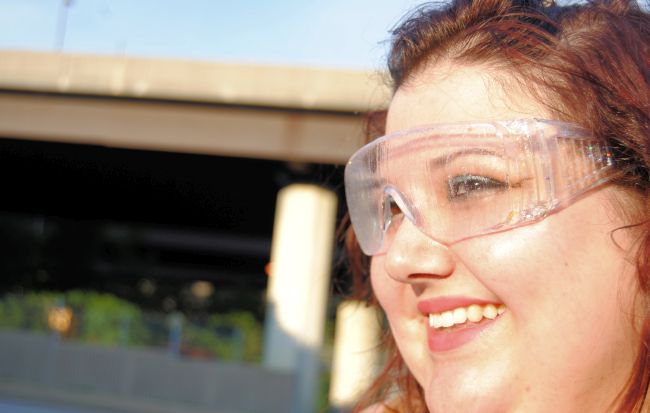 You’ve probably heard the expression “rose-tinted glasses”, meaning that someone only sees the good parts of life. It’s something I’ve been accused of often. People can assume that because you’re recognizing the good that you aren’t aware of the bad. Now, I’m not going to say that there aren’t people like this, and I’m not claiming to be a saint, but viewing the world through a positive lens is not ever a bad thing.

Do I sometimes shield myself from negative things? Absolutely. Sometimes I refuse to keep up with current events because it hurts my heart too much. I purposefully avoid knowledge to keep my brain in a positive space. That can be a terrible thing. But ultimately, seeing the good things in the world, or as I call them, “sparkly linings“, is a skill. It’s easy to get bummed out by humanity, and you know what? Sometimes we should get bummed out by humanity. 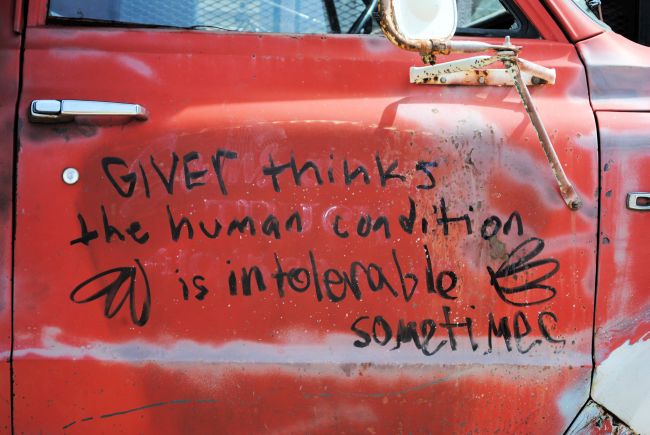 One day, on a walk through the city, I spotted this message written on the side of a broken down truck. I don’t know who Giver is, but I completely agree. Sometimes the human condition is horrible. We murder, rape, and betray not just innocent people, but those who we love the most. Every day there are multiple new stories on the news, or even in your own neighborhood, that will make you question if there is any good left out there.

A couple weeks ago, I was at the MVA getting my license renewed. The MVA (or DMV) is a place where almost every adult has to go. It’s almost never a pleasant experience, and is viewed as an unwanted chore by pretty much everyone. As I sat in that waiting area, I noticed how miserable everyone was, and I decided that I would come back the following week with some sort of present for everyone in the waiting room. 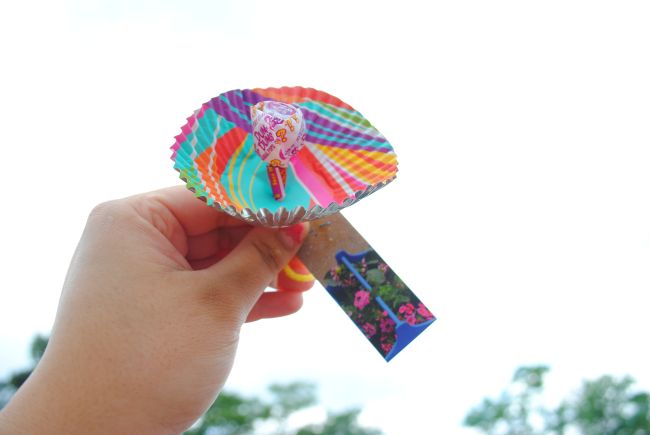 The next week, I returned with 150 lollipops that I had wrapped in festive cupcake wrappers, creating a little flower effect. I skipped into the MVA and began to ask people if they wanted a free lollipop while they waited. Not only did a lot of people say no, but some people were straight up rude to me. As I reached across to give a lollipop to a child who actually wanted one, a woman said “EXCUUUUSE ME” in a way that made me laugh out loud. For about thirty seconds I was horrified at this experience. Was this gesture that came from a place of kindness worthy of looks of disgust and rude remarks? I knew the answer was no, but what made me sad was that it seemed I was the only one who thought so.

I kept going, though. I went through every row, asking every single person if they wanted a lollipop. There were almost 200 people in there, and I passed out less than 20 of the lollipops I brought. But as I walked out the door, anything but empty handed, I just kept thinking about how everything was okay. Everything was going to be okay. It’s okay that these people hated what I did. All I wanted to do was make a bleak situation a little more fun, and I did my best to do so. The outcome kind of sucked, but this can not discourage me from continuing my mission.

I don’t view the world with rose-tinted glasses, though. I see everything with glitter goggles. Even my periphery is sparkly. Stay optimistic, my friends. [8 Tips On How To Be Optimistic]