Slightly opposing pages this week, and not just because they’re right across from each other. 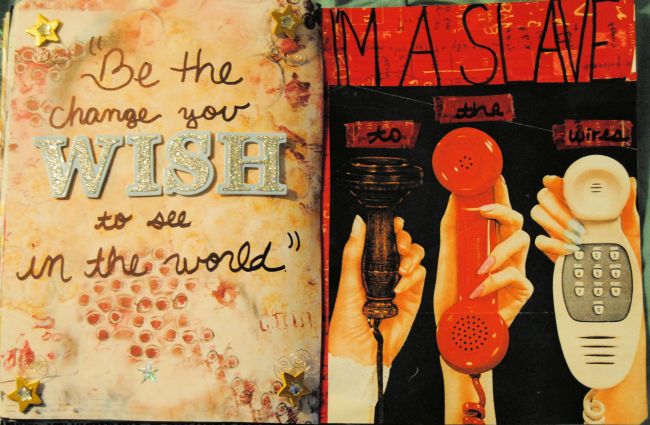 On the left, you could tell I was feeling whimsical. Glimmering stars, glittery stickers, flowing letters to create a page in honor of my favorite Gandhi quote.

These little stars are what I attribute the beginning of my hoarding of supplies to. I received them in the mail from a Swap-Bot swap in 2008. I decided that they were too beautiful to use, and kept them in their package until this week. Once I realized I could just save awesome things for later, I started doing it with everything. I’m way better about it now, and Get Messy has really helped with that problem, too, but using these stars was a big deal for me. 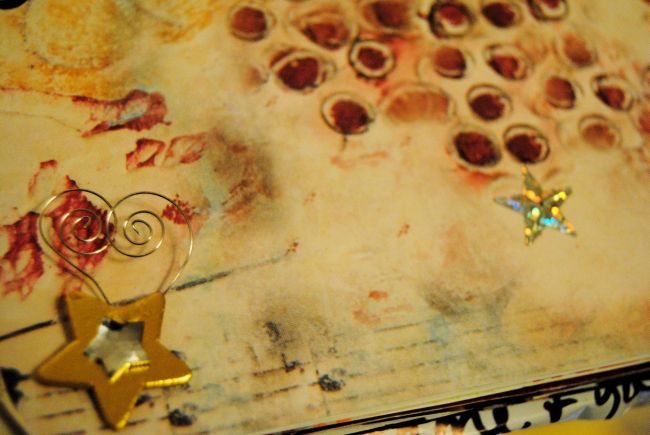 And on the right there’s a page about how I’m constantly connected. Since blogging is what I do, I’m no stranger to the internet. I have a giant phone with an S-pen, and check social media often when I’m not even at home “working”. Sometimes it sucks, but I love what I do. The words “I’m a slave to the wires” are from an older Jack’s Mannequin song. 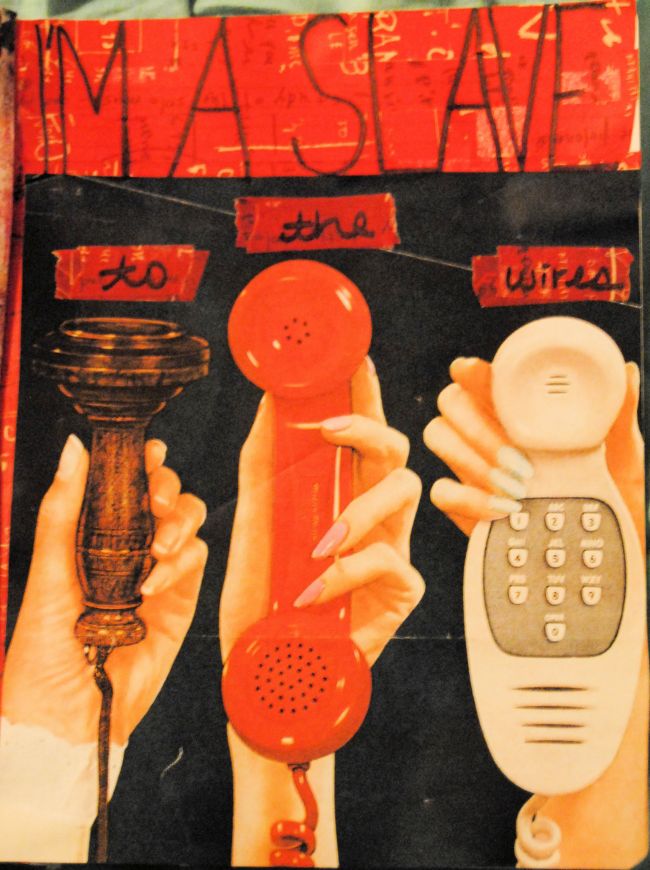 And this image is from a very very old magazine I found at The Book Thing, Baltimore’s free book store. 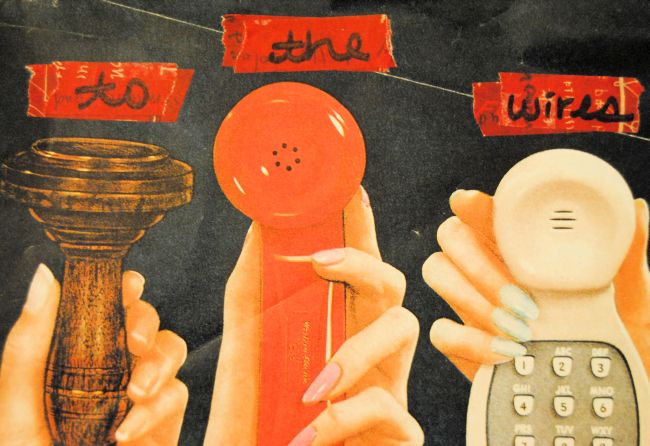 I hope you’re having a great week!

Get Messy is an art journal challenge where a gang of crafty vixens are sharing art journal pages we have created to practise our skills and push past our creative limits with hopes to inspire. We share our pages without restraint every week, and once a month we create around a prompt. Go check out these crazy talented ladies who each have a unique perspective and style. We will be sharing our work around social media so follow the hashtag #getmessyartjournal
in Art Journal 06 Nov 201406 Nov 2014 7 comments
Share
Post tagsget messy