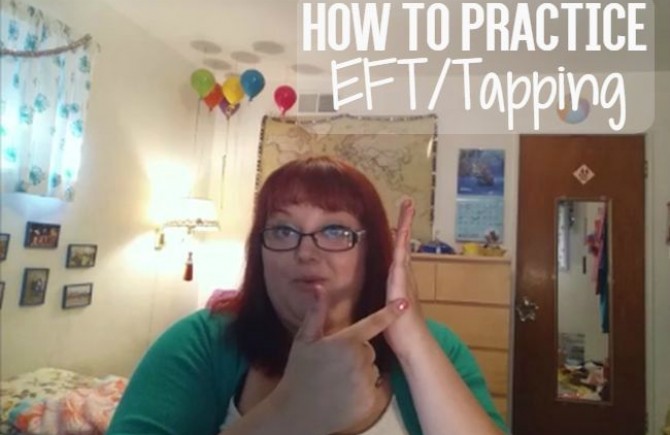 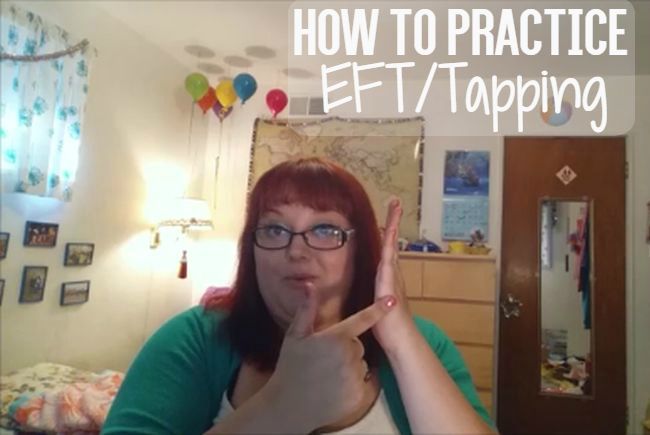 When I first heard of Tapping, I thought “Bullshit” to myself, and by “thought” I mean said out loud. Hitting specific points on your skin and curing an ailment? Sounds too simple to do any real work, right? I thought that for a long time, but I had never actually heard anything negative about the results, so I added it to my list of “things to do later”. One night, I decided to try it just to see, and now I’m hooked.

Tapping, or Emotional Freedom Technique (EFT) is basically a form of acupressure mixed with psychology. You’re providing pressure to specific points on your body, called meridians (energy channels), while saying an affirmation that has the potential to create real change in your body and mind. The idea is that as you’re verbally saying and concentrating on an issue you’re dealing with while simultaneously activating these energy channels, you’re able to clear emotional blockage. Tapping has been known to cure everything from body image issues to asthma.

As I said, I was super skeptical (as you probably are, too), so I wanted to start with something that I could easily measure. In the Spring, I had to go back on a lot of medication to deal with heightened levels of anxiety. One of the side effects of my meds was a hefty appetite. I was eating like crazy because I felt an insatiable hunger. The amount of food I was eating was making me concerned, so one night I tapped on overeating. The next day, I ate a breakfast sandwich and wasn’t hungry for six or seven hours. It was crazy. I couldn’t believe it.

I told my best friends about it and the idea was floated that it’s a placebo effect, where it’s a psychologically self-fulfilling prophecy. I still think that’s possible, but my theory is also– who cares? If it works, it works. I’ve tapped on a bunch of other things since then, everything from financial issues to being able to sleep schedules and I’ve had great results so far. I feel like the only way to figure it out is to do it for yourself, so why not give it a go? It only takes like less than five minutes, and if it can actually help it’s worth it. If it doesn’t work, you’ve only wasted a few minutes. Sometimes, self love is about trying techniques that are a bit awkward and out of your comfort zone. Plus, I want to know if it works for you!

Make sure you’re using your finger tip pads, because there’s actually meridians in there, too! Take off your glasses, watch, and excess jewelry. Try to be as relaxed as you can beforehand. Feel free to repeat each meridian point as many times as you like. I like to come back to the side of my hand at the end of the cycle to kind of complete everything out. You can tap on different topics each time, and you can tap in the morning, at night, or in public. It’s quick, easy, and effective. It’s okay if you feel like you don’t agree with your affirmation — just say it.

Here’s a video, physically demonstrating how to do it. You can modify it a little for your needs, but it’s pretty basic to just repeat it on your own.

Let me know if you have any questions, and what your experiences have been with it if you’ve tried it!
in How To / Self-Love 18 Aug 201527 Feb 2019 6 comments
Share
Post tagsself helpvideo