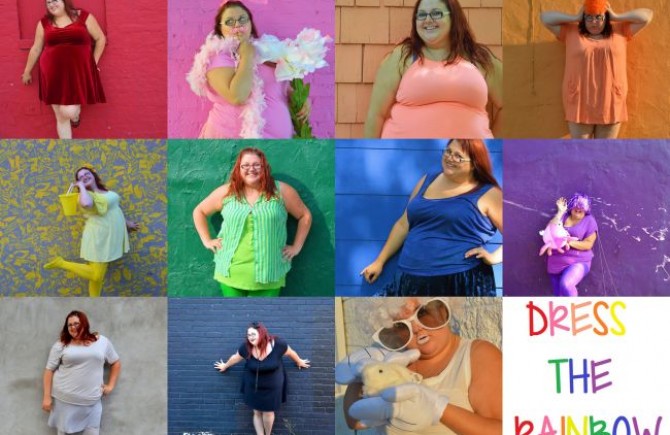 This Summer, Brittany (of The House That Lars Built) introduced a new Instagram challenge, in keeping with her Rainbow series: Dress The Rainbow. The idea is simple, to dress head to toe in one color and take a photo in front of a background of the same color! Simple idea, yes, but the execution is actually a bit more complicated!

First of all, although my closet is more colorful than most of my friends’, I realized I didn’t have enough of every color to dress in head to toe outfits! I was missing plenty of bottoms, lots of shoes, and even some tops. It was eye-opening to assess my wardrobe in relation to what colors I enjoy wearing the most (yellow, salmon, and blue apparently) and which ones I barely owned any of. It was also a good opportunity to declutter my closet, and I dropped off a bunch of clothes at Plato’s Closet for the first time. (If you have one of these in your area, I highly recommend it! I ended up only getting like three bucks or less an item, but that’s way better than just donating them!)

I asked my friend, Cristen, if she would be interested in doing this with me and I’m so glad she was game! Not only was tracking down the outfits a bit of a task, but finding the backdrops became an adventure that was definitely enhanced by her company. Murals, painted buildings, houses… it was all fair game, and we did a lot of driving. We even met a lot of cool people along the way! We wandered onto the property of this giant blue house in Baltimore, and it turns out a bunch of amazing women live there and we made some friends. Later on, a woman was so excited I was wearing her favorite color (orange), that she couldn’t wait to get home to tell her wife, and I had a stranger shoot me in the face with silly string. It was all amazing, and there were quite a few costume changes done in the middle of the street. If I had any inhibitions before, I don’t anymore.

I decided the best way to share the photos we took would be in a photo-collage format, but there were a ton of photos taken, and I made you a slideshow including outtakes which you can find at the bottom. We don’t take most things too seriously. 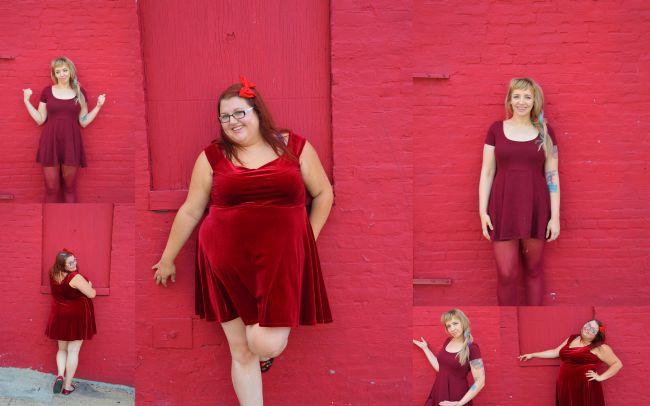 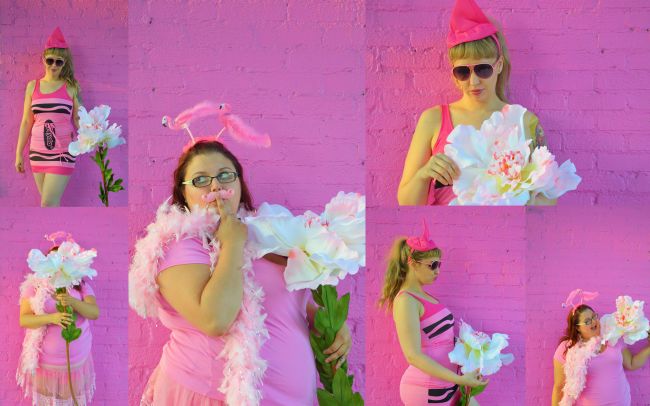 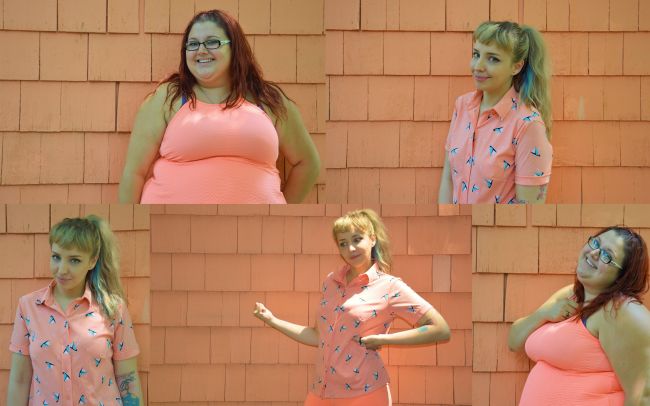 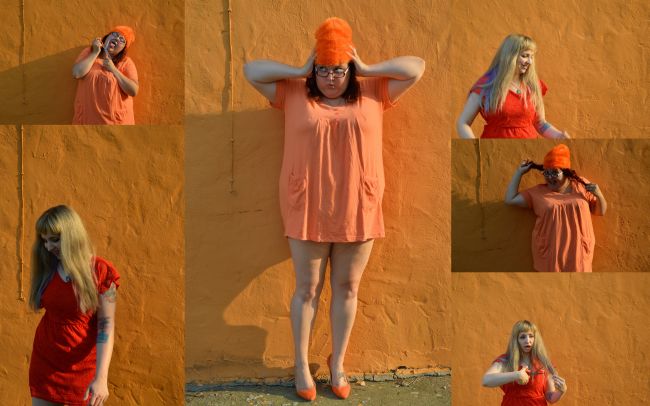 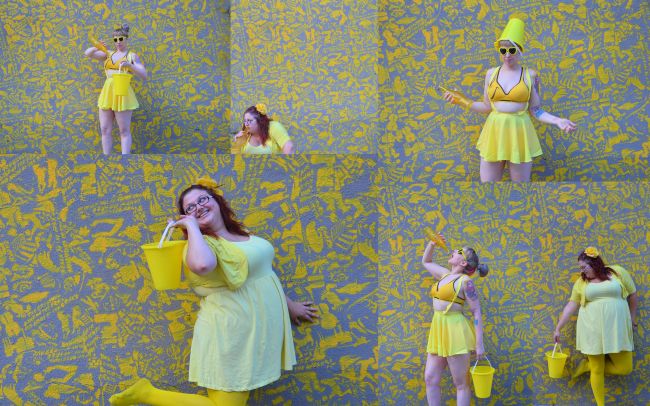 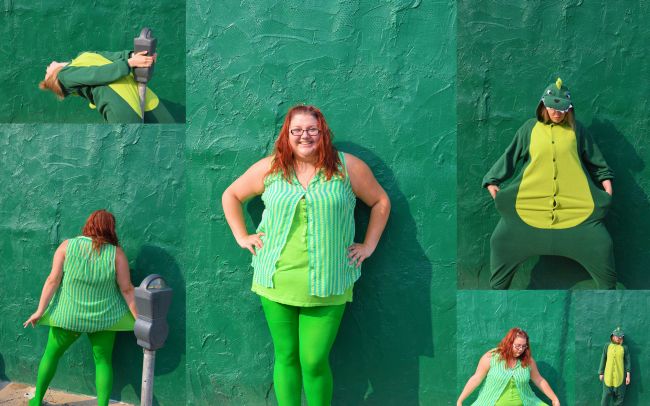 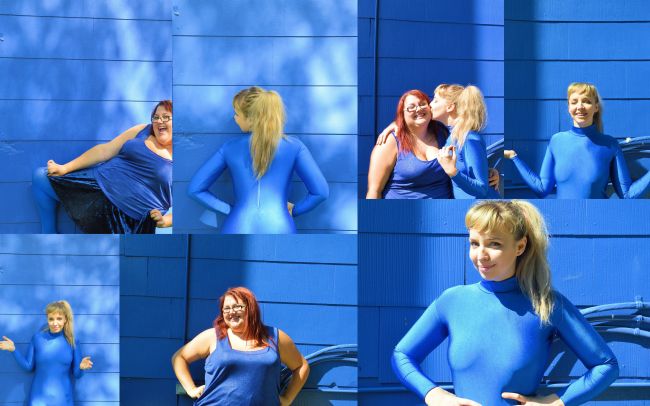 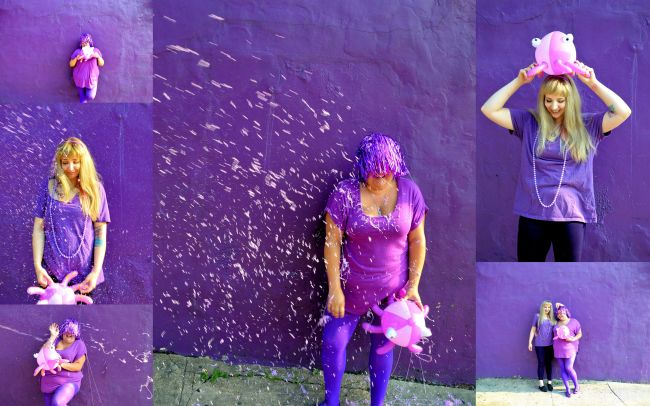 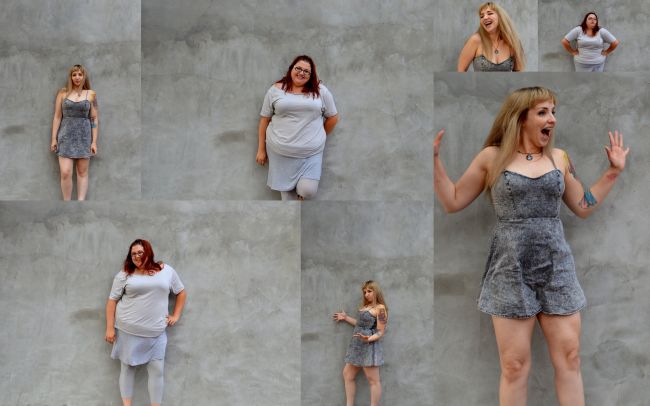 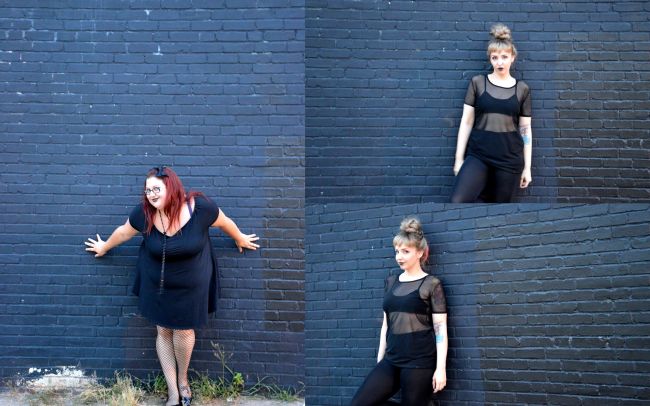 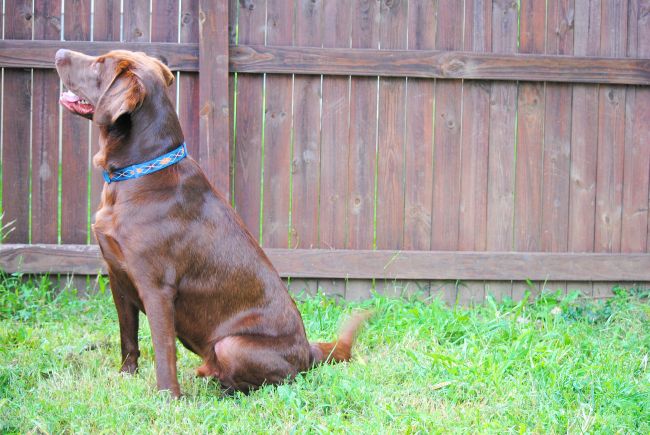 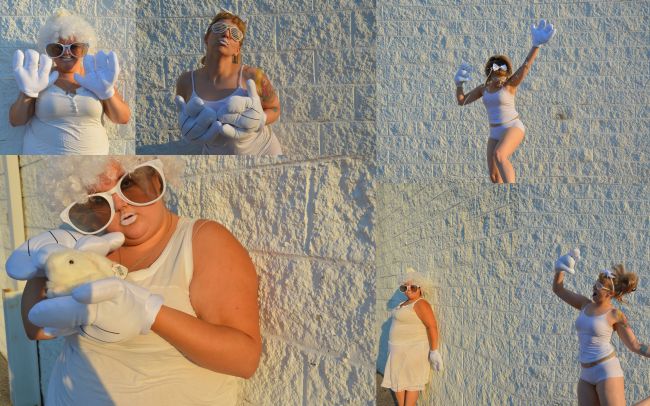 All photos of me were taken by Cristen Hoyt, and vice versa. As you can tell, we had a lot of fun with props and getting silly. And I know it’s hard to believe that’s me in the white photos, but I swear it is! That’s me in the brown photo, too! (Okay, that one is a dog.) We laughed a lot during the collection of the supplies, photoshoots, and reviewing of photos. We also sweat a lot. Baltimore in July is kind of .. swampy.

You’ll be able to see my favorite photos on my Instagram starting today, and from there you can browse the hashtag #DressTheRainbow to see what other people are up to! I’d love for one of those people to be you! The challenge is going on for a while longer, but it doesn’t matter too much, this is something you can always go out and do with your friends! 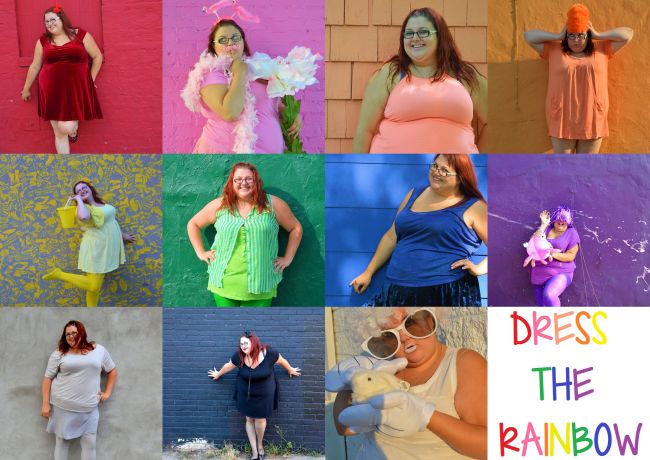 Taking photos like this brings to mind the topic of what colors we look the best in, and some of these colors compliment my complexion, hair, eyes, etc. more than others, but guess what? It doesn’t matter! If you are the happiest when you wear a color that doesn’t make your eyes pop, you don’t have to buy an entire wardrobe of a color that does nothing for your heart just because a magazine article or make-up consultant behind a counter says you’re an “Autumn”. Happiness is so much more important than being trendy! Although, if making your eyes pop makes you happy, then go all out! Follow your inner compass, and life gets better.