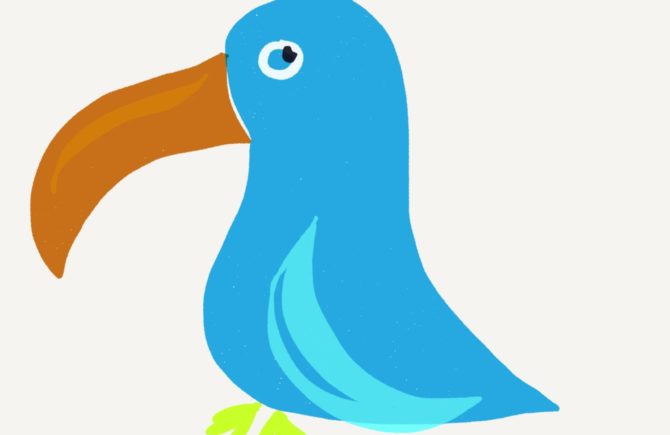 Ever since around 2012, I’ve been celebrating unusual holidays, and the first year I started, I tried to get people to join in with me, but it was difficult. It was in no way “mainstream” yet. People weren’t profiting off of it on Instagram posts, and it wasn’t “cute” yet. The fact that I was bringing in 20 giant bags of chips on National Potato Chip Day to the office was just another way Mary was “being weird again”.

Over the years, unusual holidays have grown in popularity. First, with ones people identified easily with. Like Margarita Day so they had an excuse to drink a margarita. Or Talk Like A Pirate Day because it’s just so damn absurd. And then Instagrammers and bloggers started realizing they could create content around unusual holidays and brands realized there was probably at least one unusual holiday that highlighted their product and they could hype things up around that holiday. The buzz started to grow.

My buzz grew that first April in 2012, when I texted everyone in my phone and asked all my coworkers and Facebook friends to please please please Draw A Bird for Draw A Bird Day. To please humor me. It didn’t need to be something you were going to sell in an art show. It could be a quick pencil stick figure sketch. It could take thirty seconds. But please draw a bird, and send me a picture.

The results I got were so fantastic, I was overjoyed. And I’m not talking about the actual drawings (which were obviously beautiful and outstanding themselves); I’m talking about the texts that accompanied the pictures. People told me that they were originally annoyed at me for being so persistent about them drawing a bird, but that they did it for me because they love me and it ended up being this great break they took in their day and they ended up having fun with it! That they were really proud of their bird, and told other people about Draw A Bird Day, and shared their picture online and with their significant other.

That was what I had been trying to explain to people for months, and what I still try to explain to people today. Unusual holidays make great content, yes. But they are gentle reminders to celebrate something we greatly overlook most of the year. Unusual holidays are about that little bit of excitement in your day where you flip your routine on its head and do something a little different. Where you celebrate the mundane in sometimes a completely absurd way. How beautiful is that?

PSA: At the beginning of every week on Instagram and in my membership group, I post some of my favorite upcoming unusual holidays that will be happening this week. I also share them in my Weekly Happiness posts on Wednesdays. I started doing this because people started getting angry that I wasn’t giving them “enough time” to celebrate the unusual holidays. But even with these lists, I get people who tell me that I “left off” something important. Guess what babes? I Google these things every week, the same way you’re able to! I don’t have all these holidays memorized, I look them up every day, every week, every month. You are able to plan for unusual holidays as far out as you want! Just Google “unusual holidays”! Brownie Locks is my favorite site, but there are so many it’s crazy! I can’t post every unusual holiday, and I can’t be responsible for making sure that you know far enough in advance for your schedule.

Also, please don’t forget the spirit of unusual holidays is to remind us to celebrate the mundane. And if you’re a day late doing that, the spirit still counts. The idea is to get you to celebrate life. If you dress up like a pirate two days after Talk Like A Pirate Day, it might even be weirder and cooler because you’re the only one doing it! Don’t be a slave to the schedule.

Okay, that all said, let’s see some damn birds you drew this year! Pretty great, huh? Charlotte pretty much always gives her birds genitalia, and someone always draws a middle finger. You can count on it.

Check out some past years:

It’s not too late to draw a bird, it just might not be in this round up! Do it just for the hell of it! (If you did send me your bird by the 9th and I missed it, please let me know, though!) Thank you to everyone who took time out of their day to humor me and draw a bird. I hope to keep this tradition up forever, and I hope you’ll join me.