Saturday marked the one year anniversary of leaving my day job, and Richard took me to the zoo to celebrate! As I walked around the DC Zoo, I saw a lot of people from other countries, and I realized that this is probably one of the few zoos in America that people international tourists make a point of visiting during their trip, since it’s in the nation’s capital.

I hadn’t been to this zoo in years, and it was a really great experience. We saw every open exhibit, and were sweaty messes by the end of the day. Totally worth it.

First up was the panda bears. It was an amazing start because as soon as I walked up to the wall, the momma started sauntering down and she and her cub started rolling down the hill in a cuddly carefree way that would have made your heart melt. 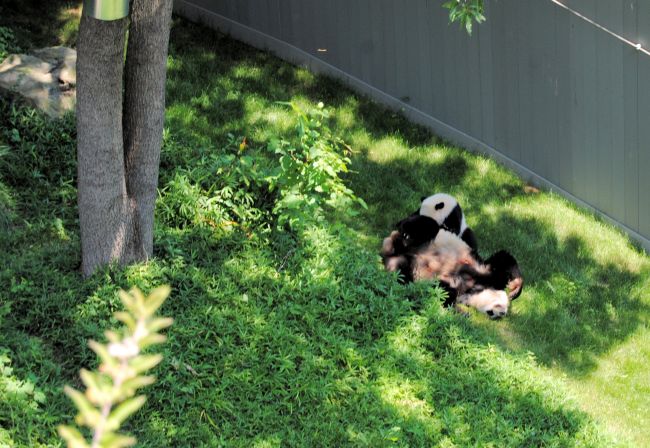 There were some really interesting animals, including many I didn’t know the name of. Look at this crazy guy! That tongue, those spikes! 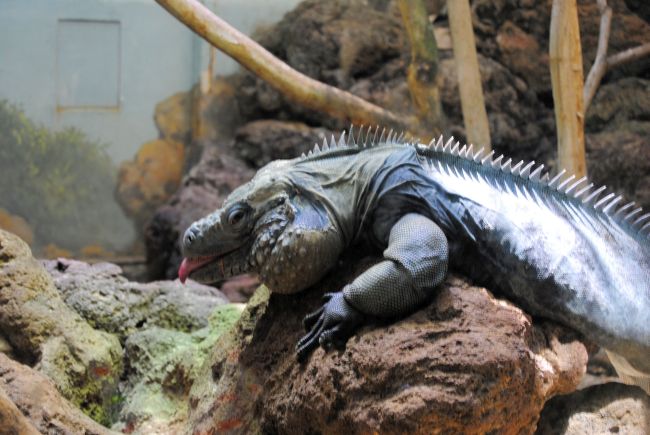 I’ve always enjoyed the bright colors of those itty bitty frogs you see at zoos and aquariums. How wonderfully vibrant. 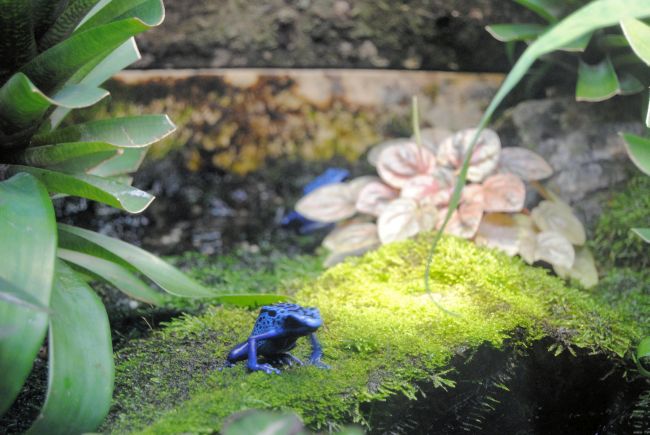 As much as I appreciate Louis CK’s joke about how life would change in no way if we called seals and sea lions the same name, I really do prefer the sea lions. They’re like gentle puppies, twirling around in the water. 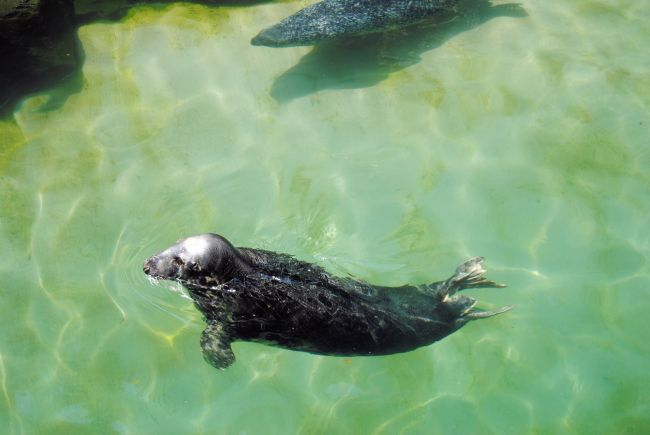 I named this guy Nigel. Nigel was sitting on the grass as I approached his area, and then he climbed up his tower, which I then realized connected to these long trapeze wires that were draped high above our heads. Apparently the orangutans will climb across them to other areas of the zoo! We were really hoping he would do that, but he seemed content to hang out in the hole you see him in here. 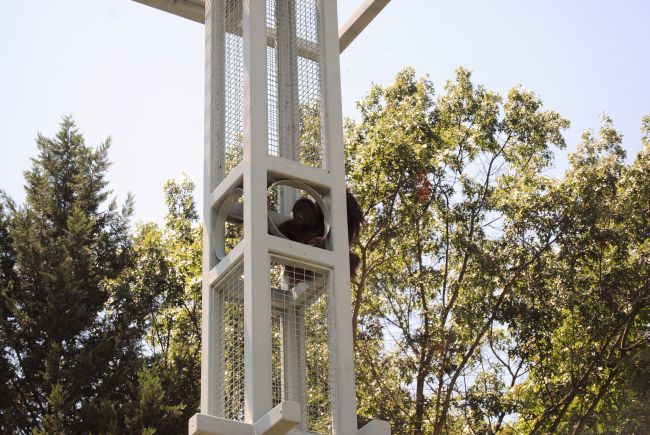 Nearby Nigel’s habitat was the most gorgeous waterfall, flooding over into a serene pool that was full of flower petals and turtles swimming around. I loved how gorgeous and tranquil it was. 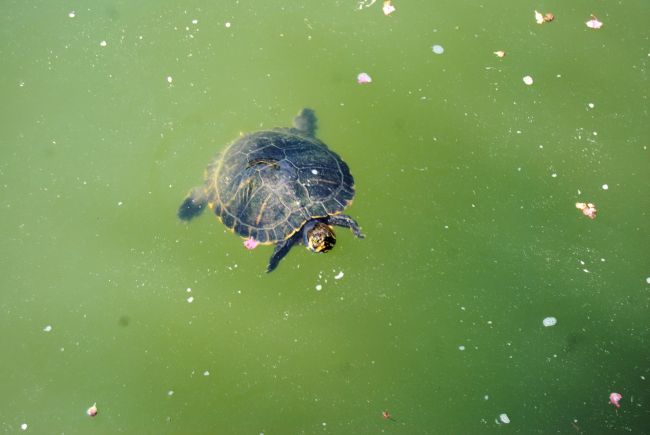 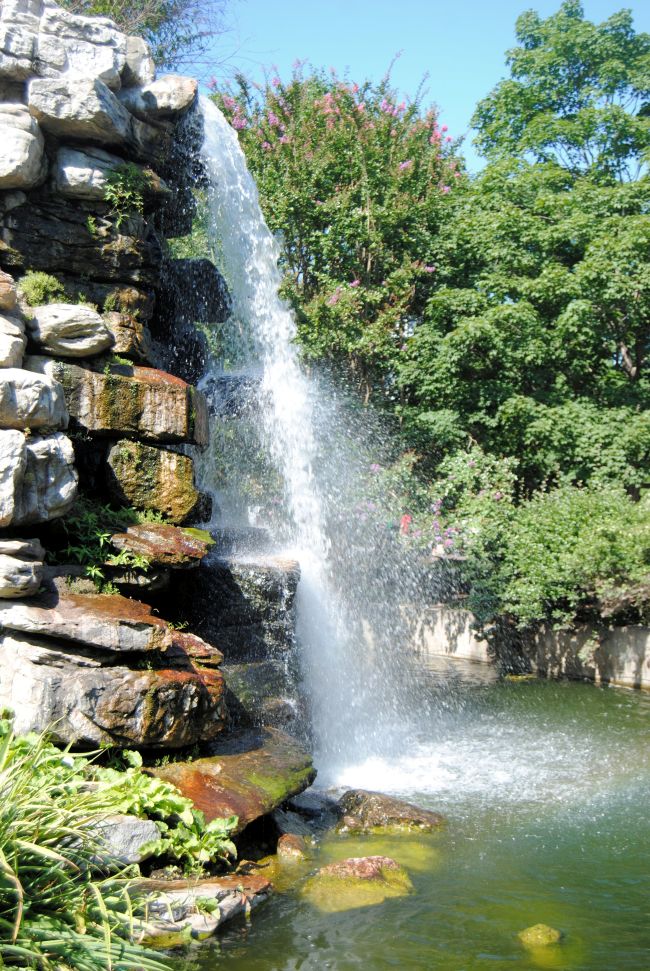 As I approached the lion area, I realized that the dude lion resembled Scar the most from The Lion King. I looked around and realized that the crowd of people didn’t realize what was happening. This was the bad part of the movie, where Scar reigns and Nala and the other lady lions can’t find enough food for their pack. I told Richard we should come back in about an hour, when everything was happy with Simba as the ruler. 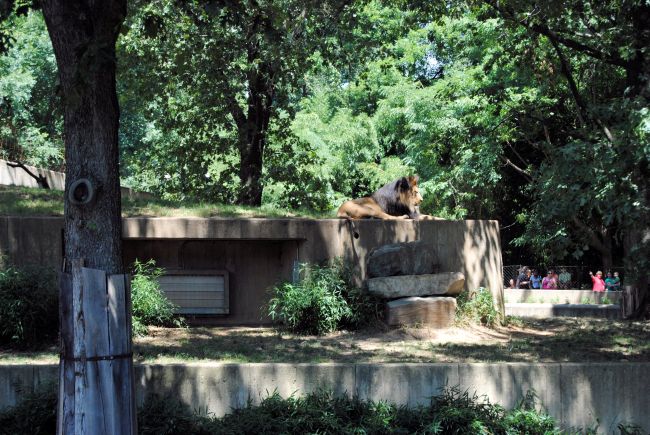 One of my favorite parts of any zoo are the otters, and they were on point this weekend. They were all working as a team to build a nest at the end of a log. Most of them were bringing grass and other plants over to create the nest, but then one of them started dragging his giant stick over, and I lost my mind laughing. 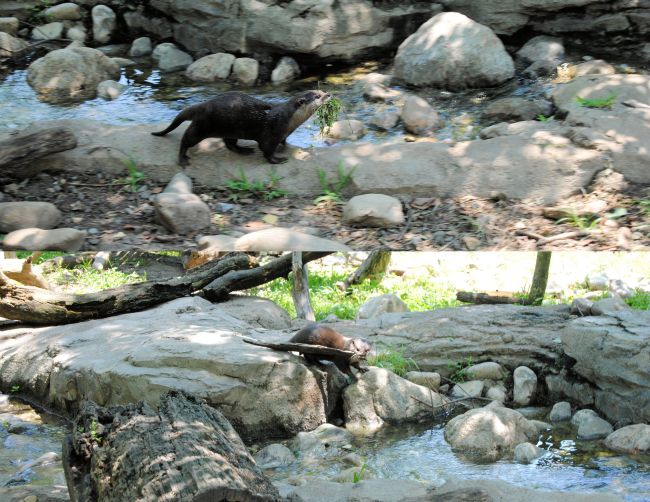 Richard bought me a stuffed otter (yet to be named), and I had a delicious frozen lemonade while people watching. There were tons of mist machines I got to walk through, and I got to take a picture in a standing photobooth. All in all, you couldn’t have asked for a better day to a free zoo.