As I’ve mentioned, on Sunday, I got to go to the Postal Museum in DC. The Inverted Jenny stamp was re-released, and it turned into a giant party. I’ve never seen so many people in that museum, but it makes sense! Not only could you get first day release envelopes, purchase Inverted Jenny stamps, and get them specially postmarked, but they opened an entirely new section of the Smithsonian! The William H. Gross Stamp Gallery blew my mind, and there was also a wing for a new educational center.

That educational center is where the Correspondence Salon was held, which was one of the main reasons I went. After signing up for a specific time slot, you would enter a room full of neon green and orange chairs, receive a kit, and get to work! The kits were excellent, and there were additional supplies available, like amazing rubber stamps! I wrote a few letters, but no one was as productive as Bonnie Jeanne! 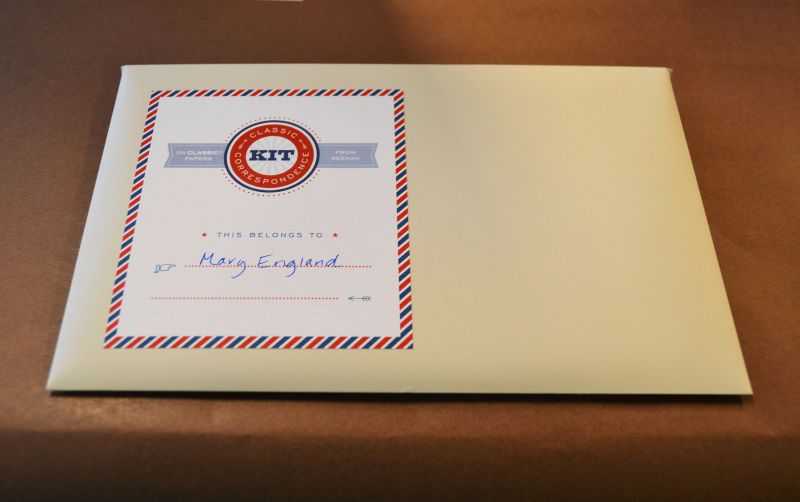 My time slot was for 11:30, but as the time changed to 12:30 and a new class was arriving, I looked over my shoulder at Melissa and said, “I’m not going anywhere.” I stayed for that session, and continued to pop back in during the day. I got to meet Kristen in person for the first time (and have a photo shoot on squishy stools), meet Allison for the first time at all, and catch up with the best kind of friends: mail enthusiasts. 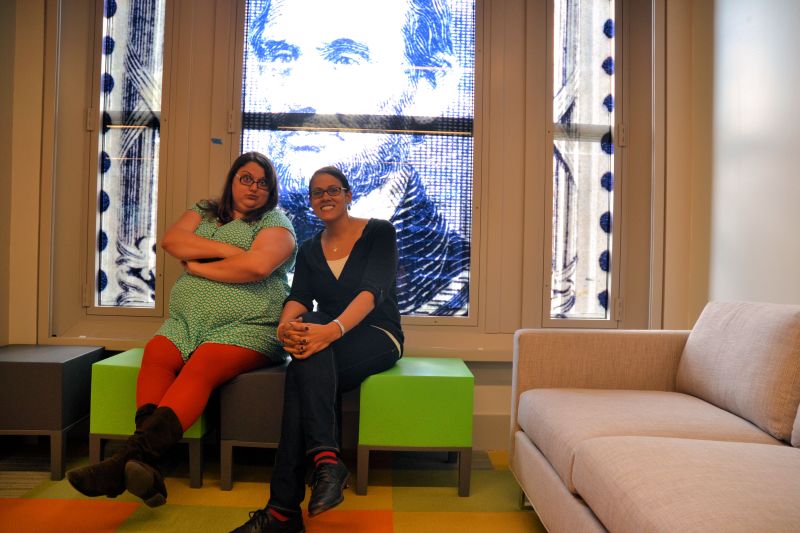 When I pried myself away from the Correspondence Salon, I went to check out the new stamp gallery. It was really wonderful. Very colorful, educational, and interactive. 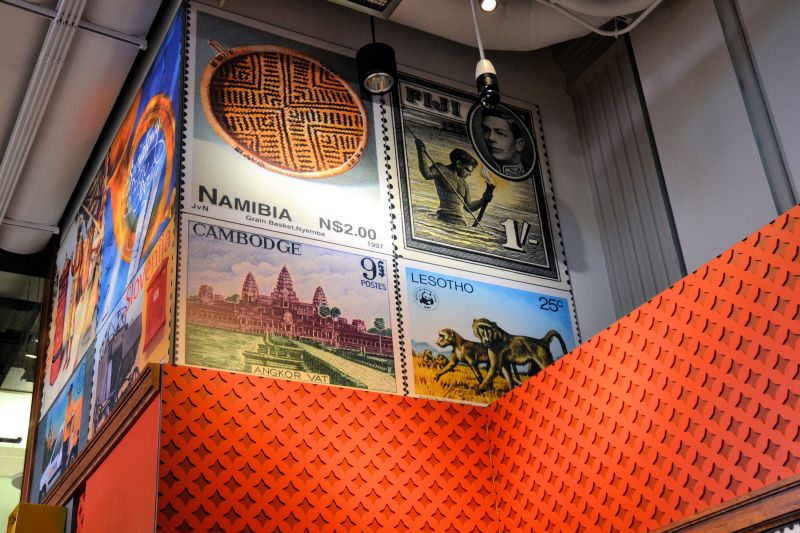 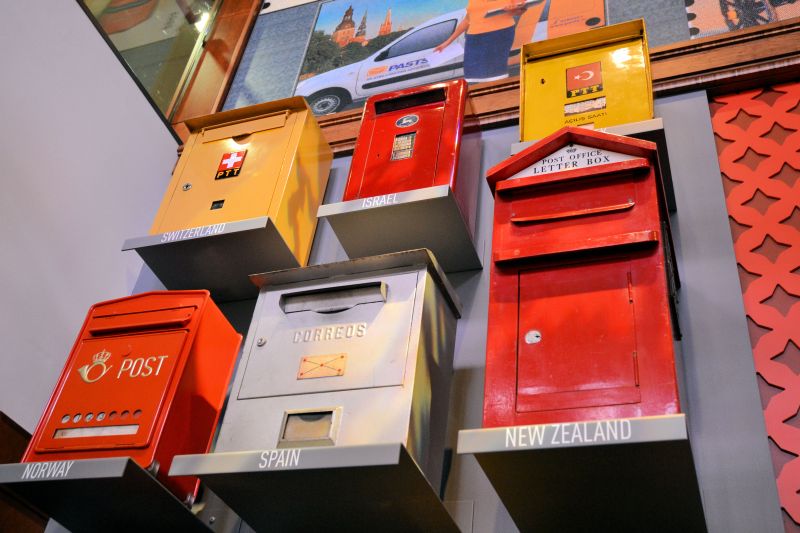 There was obviously a lot of information about The Inverted Jenny stamp. If you’re unfamiliar with this stamp, you can read up about it here. It’s very interesting, and the entire concept of a mistake turning into popularity is fascinating to me. 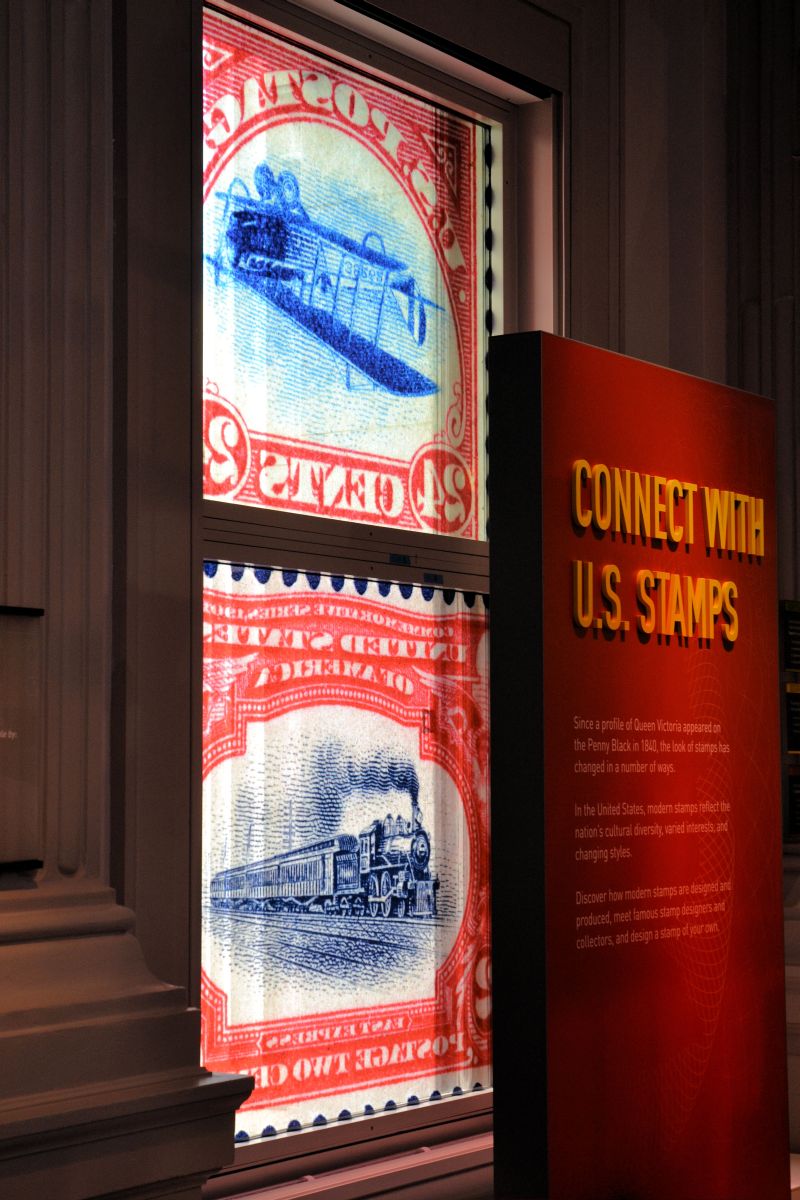 One of the best things about the exhibit was the glass with old stamp images printed on them. The window panes also had images (see above), and apparently at night they light up in all their glory. It must be a beautiful site from the outside. The stamps you see below were very photogenic, whether I was standing underneath of them, or glancing down from the second floor. 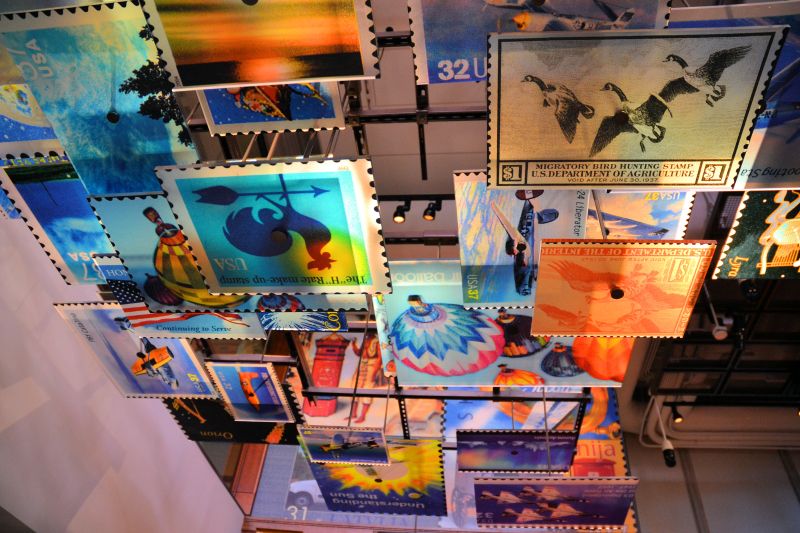 There were even more large stamp images, and some of them even lit up! Check out that dino… 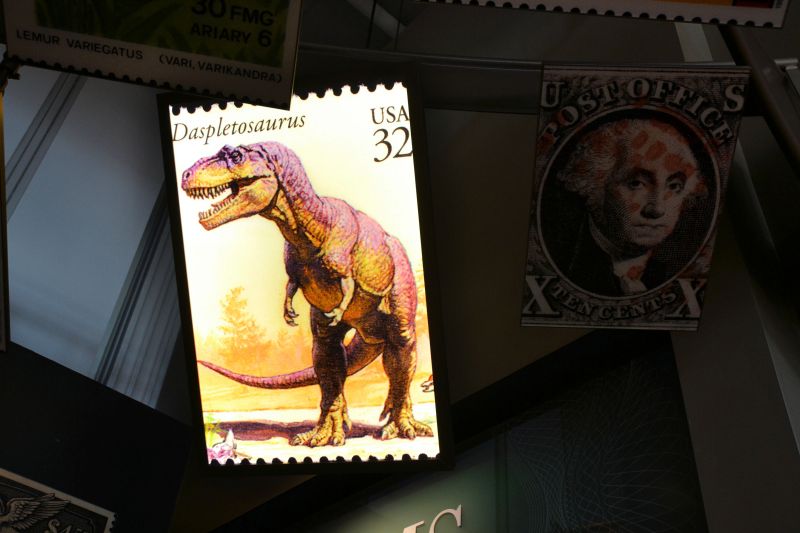 Among my mail enthusiast friends, is Michelle, and I’m really glad I was able to see her again. She brought her awesome boyfriend, and we all made fake postage together in one of the interactive booths. (Psst – look at all those people downstairs!!) 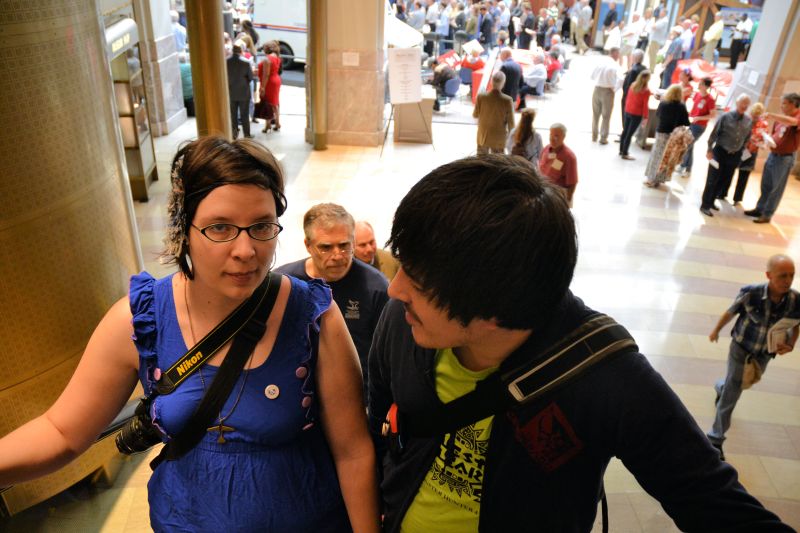 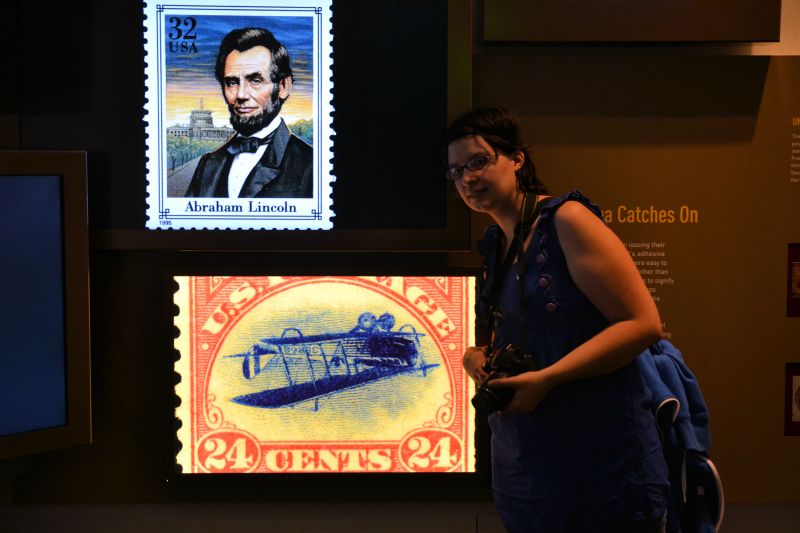 After I finally found Jennie and got her to sign my Good Mail Day book, Mr. Zip came up to us. It was so fun! I really wanted to steal his purse, but I resisted. He did give me a temporary tattoo of himself that I still have on my arm. 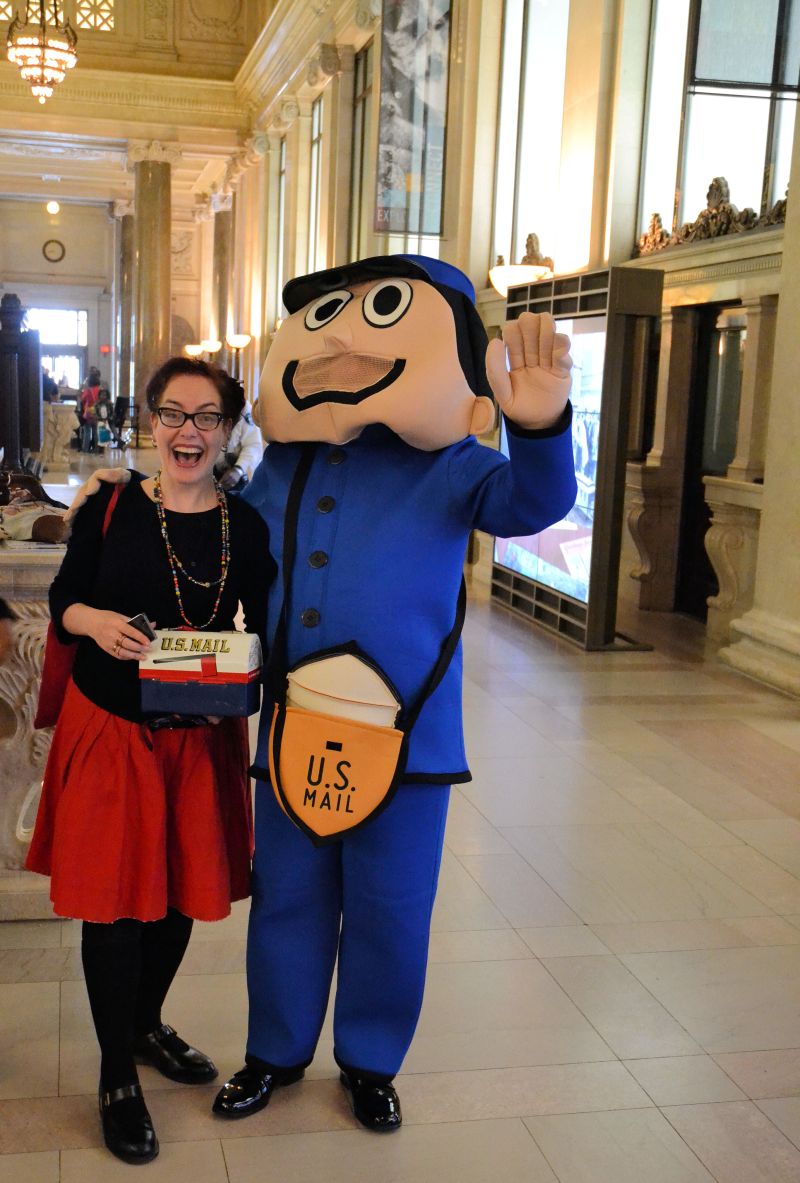 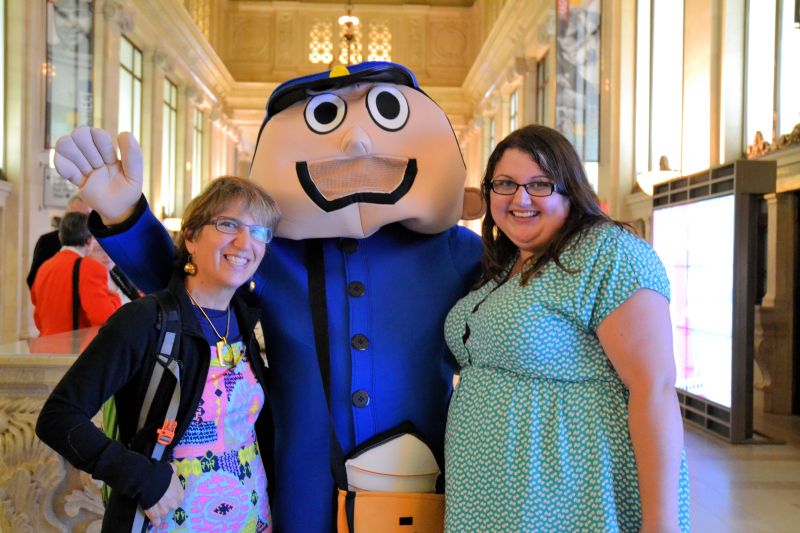 It was a great time, even though I was exhausted afterwards. I think I stayed there for over six hours! Time goes by fast when you’re hanging out with people you admire, getting free stationery, and surrounding yourself with philatelic memorabilia.

If we’re friends on Facebook, you’ve already seen my creepy fake postage, but I’m going to share it here as well. It’s the exact level of terror and intensity you’d want in a postage stamp. 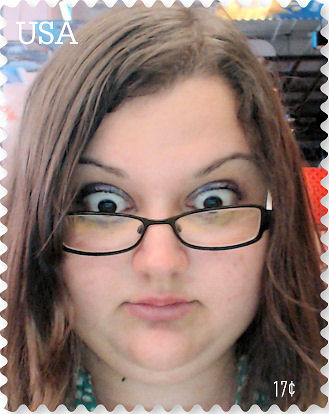