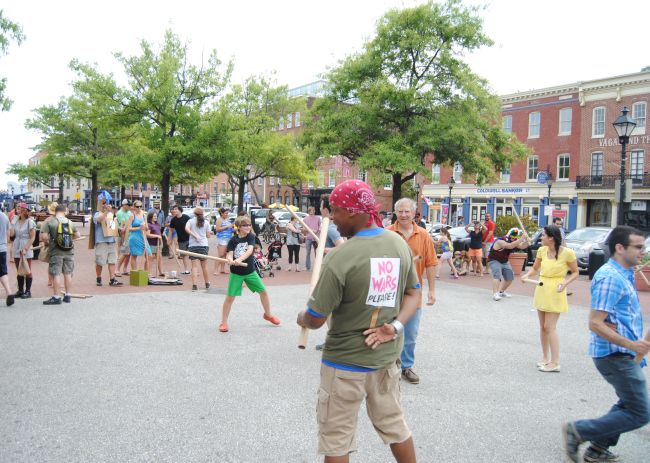 If you’ve ever doubted the beauty of simple things in life, allow me to tell you about an experience I had with some cardboard tubes. My friend, Aline, is getting ready to move and she wanted to give a gift to the lovely city of Baltimore before she did. And let me tell you, it had a big bright bow on it. 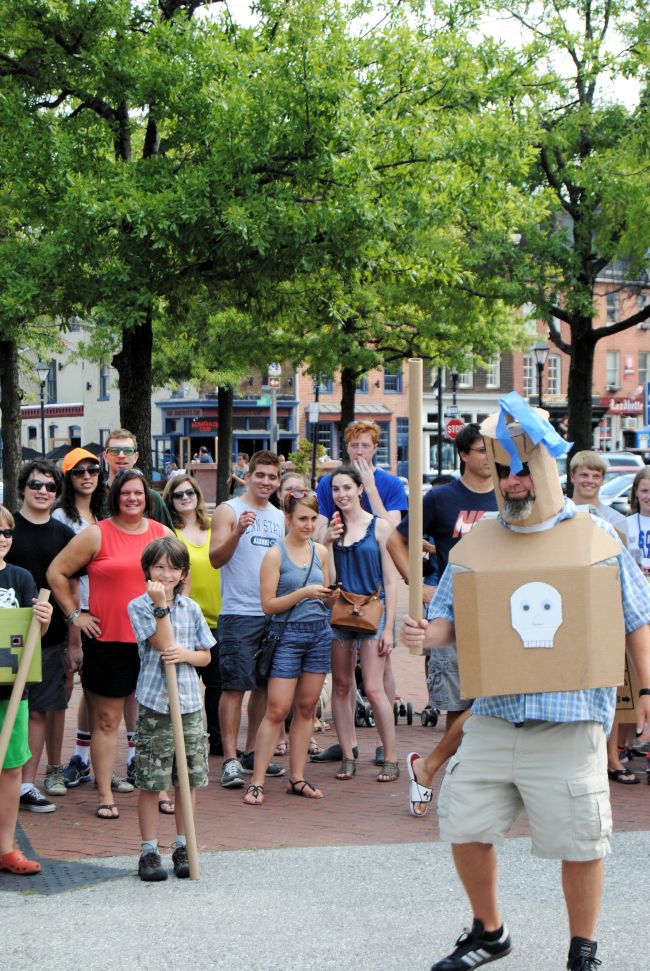 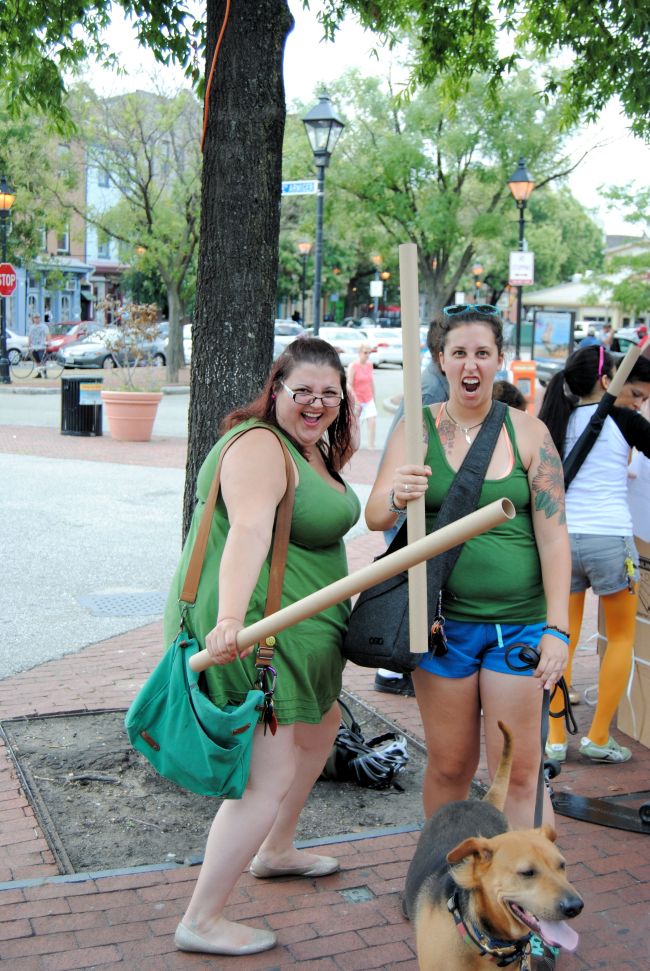 Through the Cardboard Tube Fighting League (CTFL), Aline and Baltimore’s Playground were able to put together an incredibly fun event for a Sunday afternoon. The tools needed were a bunch of cardboard tubes (the size of wrapping paper rolls), a large space, enthusiastic participants, and prizes. That’s it. Super low maintenance with a large reward. 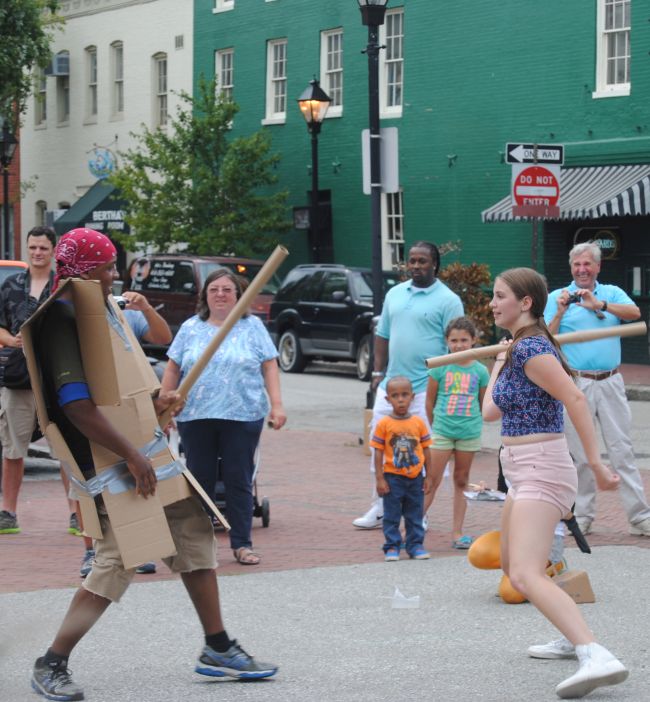 People were encouraged to wear costumes, especially if they were made out of cardboard. Some people went all out! There were people of all ages there, and tons of spirit. 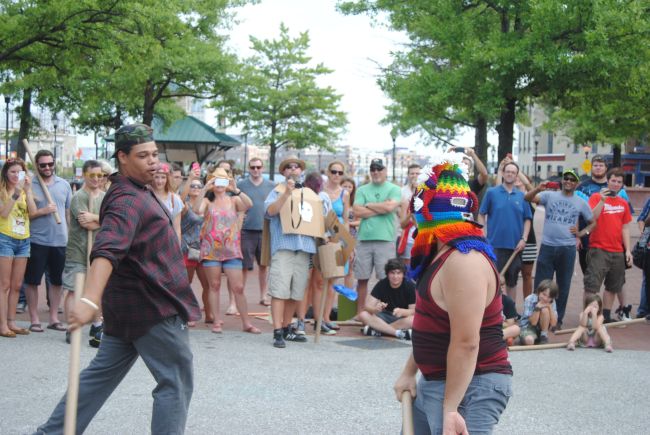 So after everyone fighting got their tube and signed up with their warrior name (mine was “R. Kelly”), we were randomly called out to battle our opponents. Two fights happened at once, so four people went each round. Only tube-to-tube contact was allowed, and you had to hold your tube by the base. As soon as your tube was mostly bent or broken, you were out. 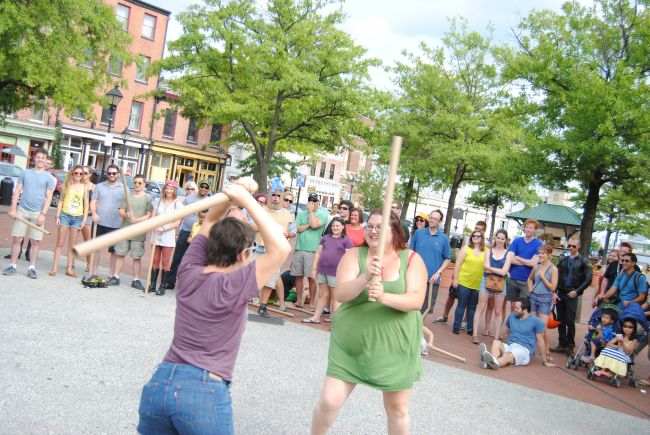 After the first round, half the participants were eliminated. Another series of battles happened, eliminating even more people. Then another round with three person chaos matches, where anyone could hit anyone. And then came the championship round. 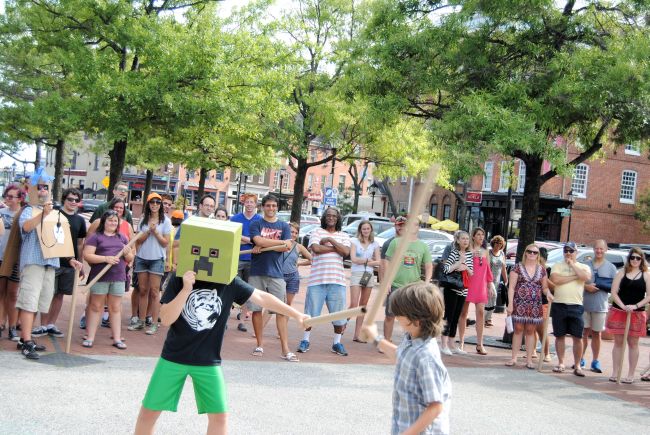 Here comes the twist: I won the entire thing. I was completely expecting to get out in the first round, but I didn’t. And then I won the second and third round… and the championship. How did that even happen?! I have no idea. I’m not strong or fast or anything, I was just giddy to be there with my friends for something so fun. 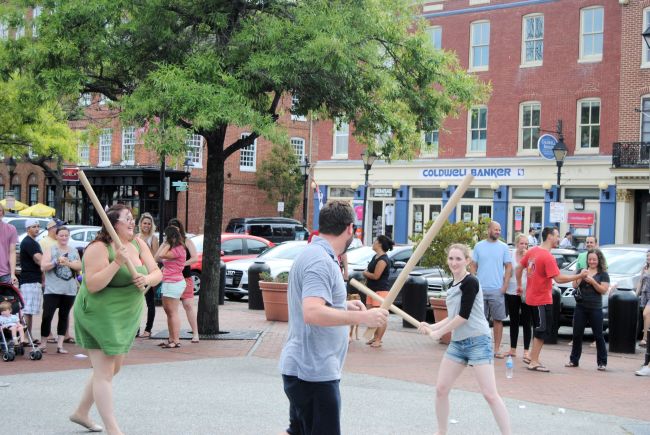 I won a trucker hat and handmade cardboard sword, dubbed the “Cardboardimore Dagger”. 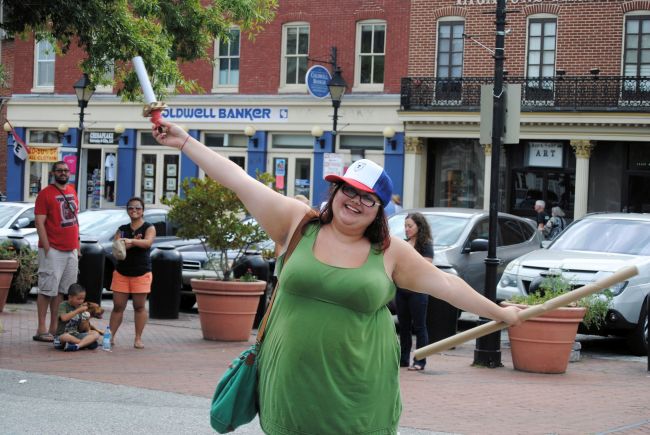 Thanks so much to Aline and Jason for putting this on for everyone. It was a great turnout, and a wonderful time. After prizes were handed out, remaining tubes were distributed to continue the tube fighting, and everyone ran onto the square to fight everyone else. Utter pandemonium! Brilliant!

Jason also brought his Go Pro, and had many people wear it. I edited down the three gigs of footage to a little over three minutes to give you a better idea of the tournament. Enjoy!

Interested in hosting your own event? Check out the CTFL website.
Also check out the press it got in The Baltimore Guide.