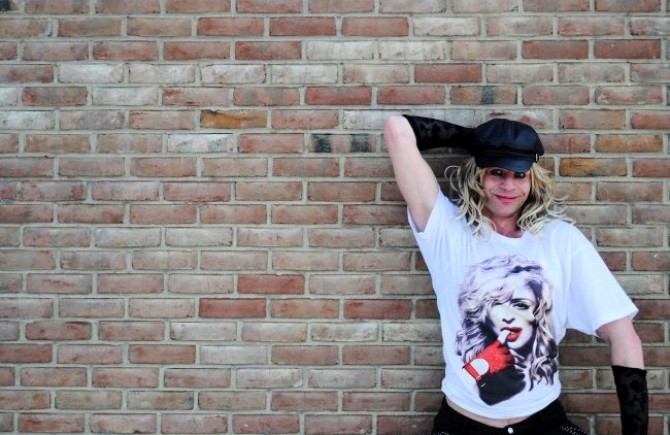 If you’re in the Baltimore or Anne Arundel County areas of Maryland, it’s likely that you’ve seen Dale Crites, affectionately known as Britney Girl Dale, Ke$ha Girl Dale, and most recently Madonna Girl Dale. Last month, I was out running errands and saw her and her friend jumping up and down enthusiastically on the side of the road. It wasn’t exactly unusual since that’s where us locals usually see her strutting her stuff.

I waved her down and gave her a ride home after asking if I could interview her at some point. Once the snow melted and we could get our groove on without frozen winter obstructions, I headed over to her house. Dale skipped over to meet me carrying sparkly wings, a boombox, and camera gear. We drove to a county police department and greeted an officer in the parking lot before getting down to business. And by business, I mean dancing ferociously to Madonna. 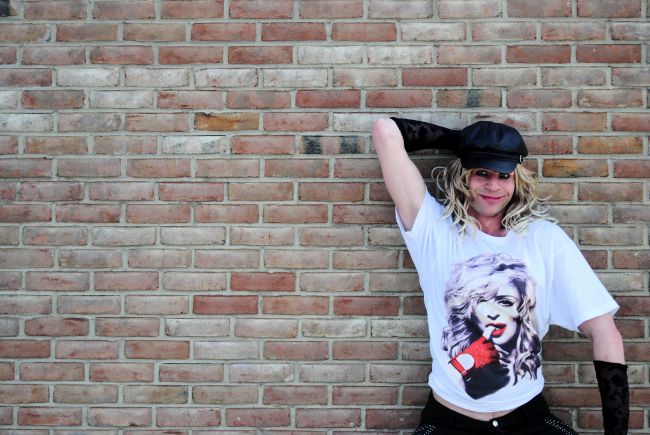 Madonna has been a favorite of Dale’s since she was thirteen years old. Music has been an important staple in her life for as long as she can remember, but it became especially important after a tragic episode of sexual abuse from a family member. She used music like Madonna’s to escape from negative feelings and to find happiness again. And it seems to be working. Check out that smile!

On an average day, Dale gets up earlier than most to check all of her social media. She really loves connecting with her friends and fans online, and utilizes it to the fullest extent to reach a wider group of people. You can even hear her sometimes chiming in on 98 Rock. The rest of the day is usually comprised of cleaning the house, taking care of her dogs (Sasha and Caeser), and dancing. 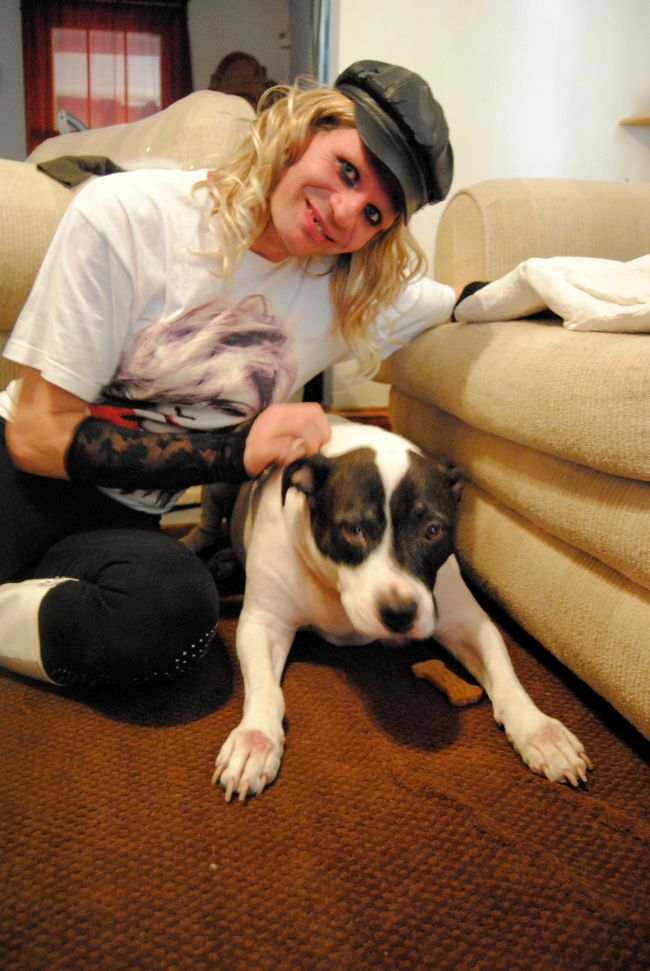 Sometimes the dancing is in her living room, and sometimes its on Ritchie Highway, although she’s careful to not do that too often because it can be distracting to drivers. You can’t blame them, though. That energy is infectious! Her favorite place to dance is at fire and police departments, and she really seems to have a great connection with plenty of local officers. She says they make her feel loved and supported.

That doesn’t mean Dale doesn’t experience her fair share of haters. Putting yourself out there to the public in an unapologetic way is sure to get you some criticism. She is the frequent recipient of many nasty comments and gestures as she expresses herself way around town. I asked her what she does about it, and she just replies, “Ignore the haters, honey”. It’s that simple to her! She’s doing her thing, and it doesn’t matter what anyone else thinks. 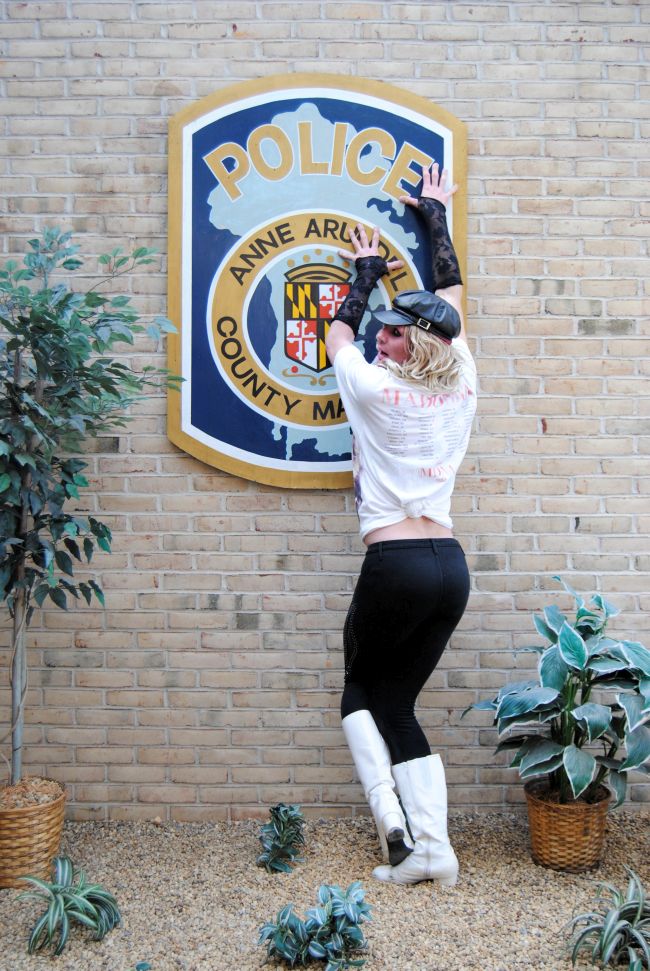 I asked if she had any advice for people experiencing hate, be it for dressing in drag, gender dysphoria, or abuse and maybe don’t find it as easy to let it roll of their back. She said, “Keep on going with your dreams. Don’t ever let bullies get to you. Life is too short to give up. Let the haters hate more”.

Hopefully you’ll luck out one day and see her out and about (like the guy in the photo below). Don’t be shy! Come on over to say hi. And if you get to hang out with Britney Girl Dale, you’ll sure be in for a a fun time full of high fives and smiles. She does her part to inspire others and make them happy. Things that make her happy are concerts, dogs, dancing, men in uniform, and music. 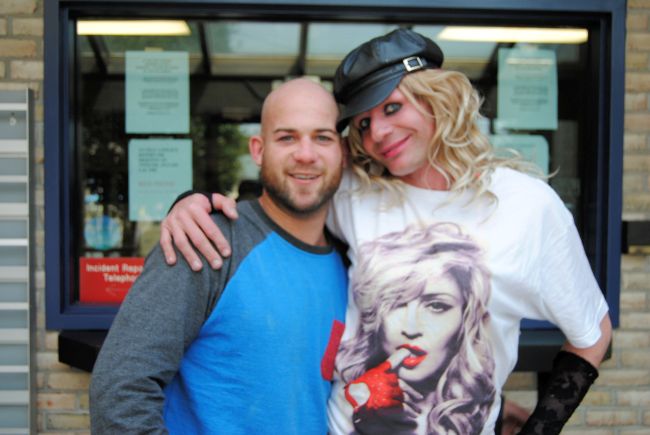 I hope you’ll “like” Britney Girl Dale on Facebook, and check out this fun dance footage. Hear the whole song here.