Art In A Basement

Through the grapevine of Facebook, I found out about an event where someone was opening up her home to artists so they could decorate her basement. That person was April, and she is a street performer/fire dancer. When we got there, she had already painted this Koi fish mural. 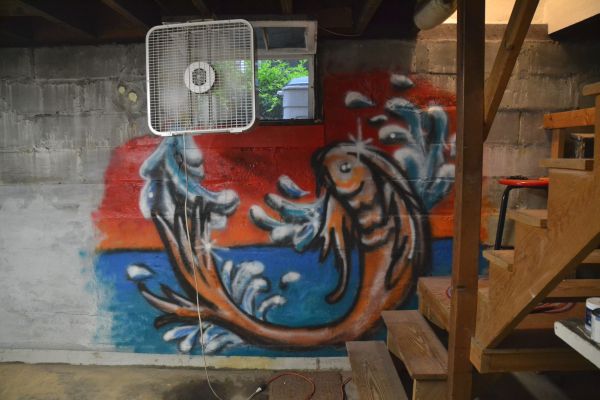 Kris, who coordinated Fun A Day, was the one who told me about the event. She used an extra image she had to add some wheat pasting to April’s wall. 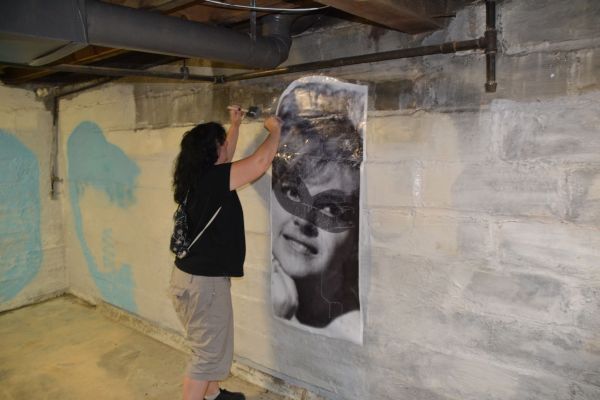 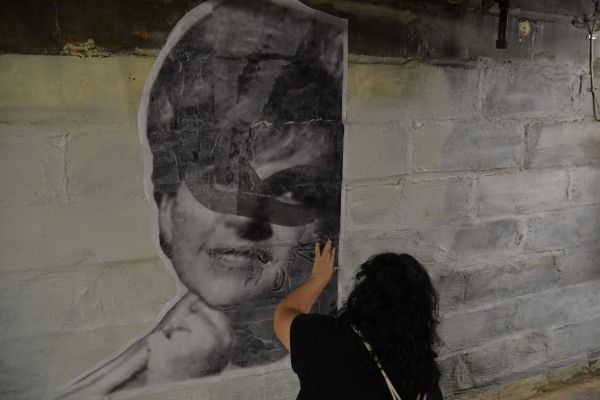 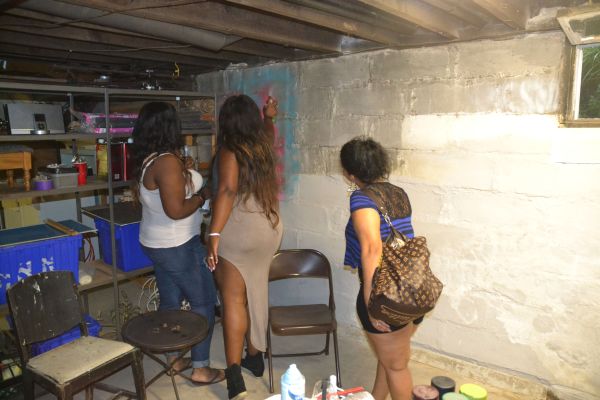 These ladies heard about the event from a friend, and got to work on their own mural (after a little convincing that everyone is an artist). 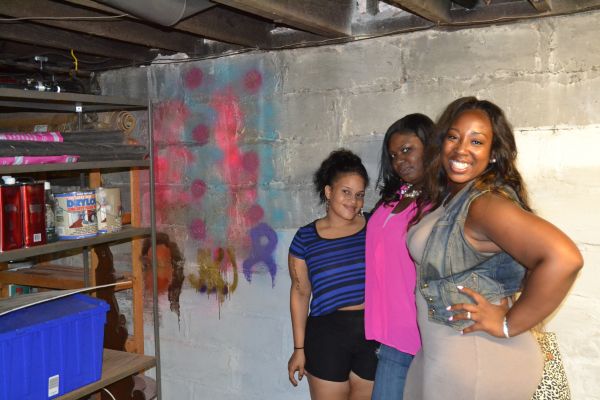 They did great and I’m glad they were proud of their work.
Kris also brought some stencils for people to use. 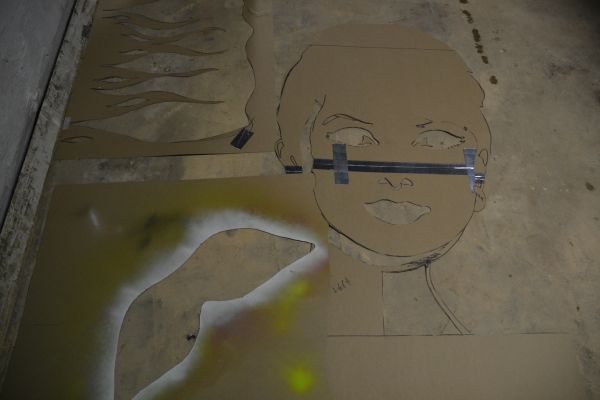 Jordan, who I also know from Fun A Day, came. You may also remember him from Artscape. As soon as he got there, he set to work on his mural. 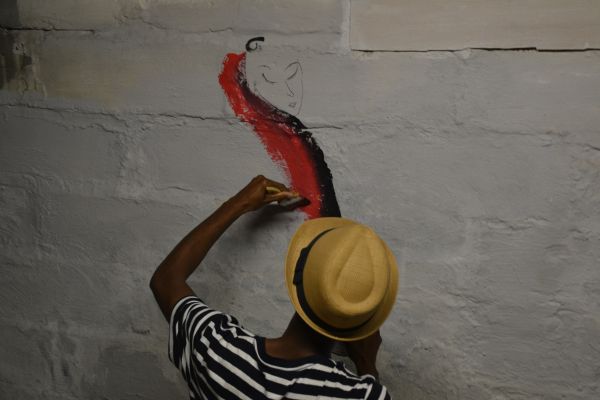 Before I got there, I asked for the measurements of the basement handrails, and made some pieces to yarnbomb with. I didn’t realize that the tops/ends of the rails were glued straight to the wall, so there would be no way to wrap my knitting around all the way, but it still turned out fine. You can’t tell from the pictures, but the black yarn is sparkly. 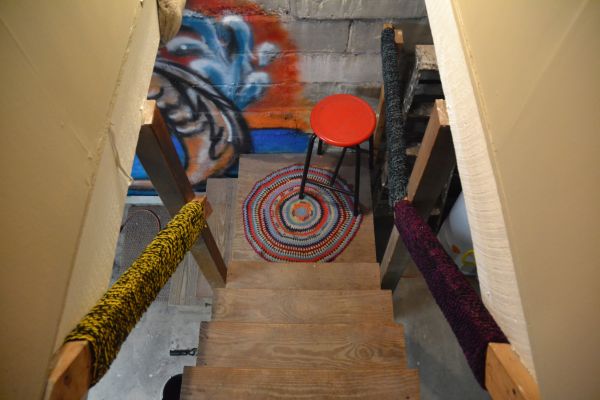 And speaking of sparkles, gold glitter spray paint was discovered in April’s basement… which is clearly the best thing ever, and I’m not sure why I don’t own any. 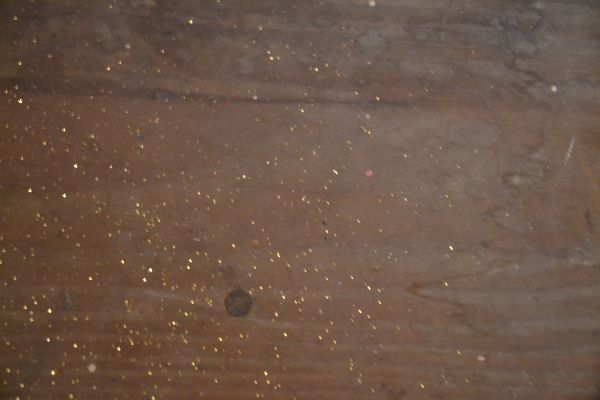 More (finished product) pictures have been posted on the event page, so make sure you check those out, too!
I’m really grateful to April for opening up her house to a group of semi-strangers, with the intent of creating a beautifully art filled space. It was really wonderful to see street art inside. Wheat pasting, spray paint, yarnbombing… all in a place where it will not only be appreciated, but never defaced or damaged. It’s pretty cool to feel like you’re in an alley when you’re really just in someone’s basement.
It’s also just great to be around other people while you’re all simultaneously creating something.
in Creativity 09 Aug 201309 Nov 2013 0 comments
Share
Post tagsBaltimoreyarnbombing