When I was fifteen years old, a boy told me that my theme song was “And She Was” by The Talking Heads. I immediately went home and looked up the song on my dial-up connection, and realized I did actually know that song from the radio. At that point in my life I couldn’t have told you that was the same band who sang that “Psycho Killer” song I really liked, or that the lead singer, David Byrne, graduated high school in a town just ten minutes from my front door. I knew none of that. Just these lyrics that were sitting in front of me on my screen, and that a boy I had never even dated had thought enough of a connection between me and this song to label it as my theme. 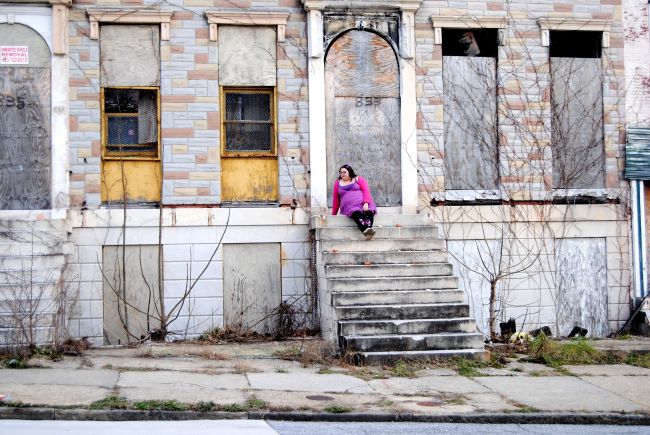 It wasn’t until this week, over a decade later, that I truly understand the connection. “And She Was” is about a hippie chick from Baltimore that Byrne used to know. She used to do acid and lay outside in a field near the Yoohoo Factory, tripping and virtually traveling. Despite the research I did on that song ten years ago to figure that out, I never got it. At one point I chalked it up to a misunderstanding of myself. I figured he, like other people in my high school, thought I was on drugs. It wasn’t the only misconception about me, among other rumors like bulimia and hyper-promiscuity. I didn’t trip on acid. This song couldn’t be about me.

The thing is, it doesn’t need to be about drugs. In fact, it’s not (for me). It’s about living. The girl in this song believed she was experiencing astral travel, where your soul temporarily leaves your body. Byrne talked about how the transcendence she was having was “tacky”, which is probably my favorite part. Something I don’t talk about too often on the blog are my more cosmic experiences– déjà vu, premonitions, powers. But they’re there, and they don’t need the assistance of illicit substances. Maybe those parts of me aren’t tacky, but I sure as hell am. Tacky isn’t a bad word to me–I embrace it.

Basically, I’m really happy that a third party was able to recognize this “blissed-out hippie” part of me at such a young age. That I’m still essentially the same person. I’m drastically different, for sure. Even looking at Myers-Briggs, three out of four of my letters/traits are the opposite as they were ten years ago; but at my core I’m the same. I still want to celebrate small things, surprise my friends, and never forget the child-like aspects of life.

This post isn’t solving a problem for you. It’s not even really giving you any insight, and I’m sorry. I just wanted to write down my feelings as I finally realized the connection in this song.