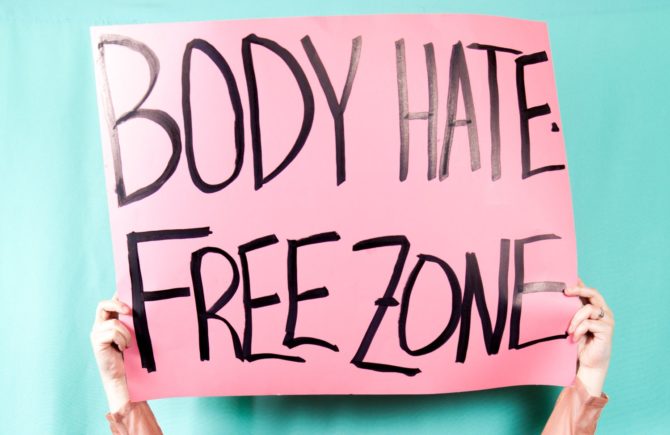 All Fat People Deserve To Be Heard Recently, I read a status on a popular fat positive account that was making two points.

The first was that people of color deserve to have a louder voice in the body positivity community. I agree with that. If your body positivity (and feminism) isn’t intersectional, it’s not worth it/working, and too often in body positivity we just hear from white women.

Fat positivity is about embracing fat as a descriptor, not an insult. It’s about body positivity and acceptance of all bodies. So when we start saying that one size is more worthy of having their story shared than someone else’s, we’re just creating divide and judgment within our own community that was meant to be judgment-free and inclusive in the first place!

Usually when you identify as fat, you have been marginalized for *being* fat. We should always make it a priority to hear oppressed, marginalized groups. And as you get more fat, the stigma definitely increases! But telling someone who is fat, identifies as fat, and has been marginalized for being fat to “shut up and sit down” is simply unacceptable in my book. Your experiences and stories are valid. And if you want to share them, you have my permission.

Don’t let anyone tell you that you can’t advocate for body and fat positivity because you’re under a certain weight or size. Because I told you you could. And you know in your heart I’m right.

Uncustomary is a body hate free zone. We love everyone’s body here, and that definitely includes you!

Enjoy this free download of 25 quotes about body positivity!