Something I like to celebrate often is how awesome the 90’s were. I firmly believe that I would have been a fantastic adult in the 90’s, but I wouldn’t trade the year I was born for anything. I love that I got to see the transition of technology and experience the internet explosion. I dated guys before I had a cell phone, and even though it seems like that would be impossible now, I’m grateful for the experience. My generation is really lucky that we’ve experienced different ends of technology and life, but sometimes I like to channel back to my childhood: pre-blogging, MP3 players, and text messaging. Let’s take a look at the last decade of the 20th century.

90’s Fads will be a five part series on Uncustomary Art. Each time, we will explore a different type of fad and aspect of the decade. Today, we’re starting with 90s music fads. 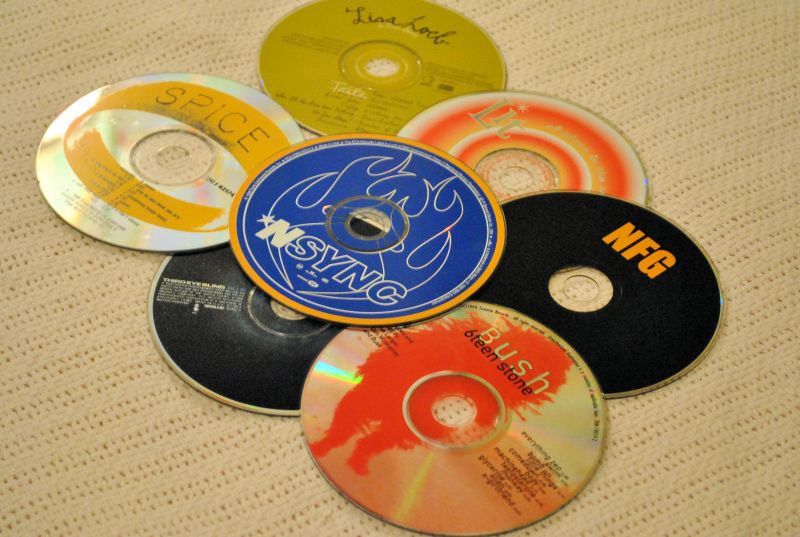 Music in the 90’s was excellent, in my opinion. I still listen to it to some albums like they’re brand new. Of course, it helps to have that nostalgia factor. I’m sure that it’s more difficult for teenagers who weren’t alive in the 90’s to listen to some of the corny pop music of the time. If you grew up with something, it’s easier to come back to it, because even if the “quality” isn’t there, it still has a place in your heart.

Take some time to press play on the following videos, or bust out your old CD’s! Every artist I mention will link through to a YouTube video that you can listen to and watch. I declare today 90’s Music Day!