100 Ways To Be Creative: Make Up A Story About People You See Walking On The Street

#38 on my 100 Ways To Be Creative list was to “make up a story about people you see walking on the street”.Yesterday, Michelle and I went to DC and at the end of our adventure we sat on a bench on the mall and had a lot of people go by us. Some people were running, some were pushing strollers or riding bikes, and some were leaving a kickball game they just played in. We picked out alot of people to create back stories for. Some of them we decided what they were doing here today and some received more in-depth descriptions including what they do for a job and what they collect. 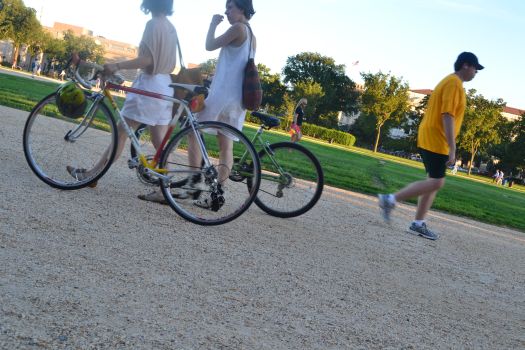 One of my favorites was a man we saw pick up something from the ground and then put in his bag and walk pretty confidently down the grass towards the monument. He was living in his own world in a way that was completely acceptable to us and was therefore oblivious to the fact that we were openly staring at him as he walked by. 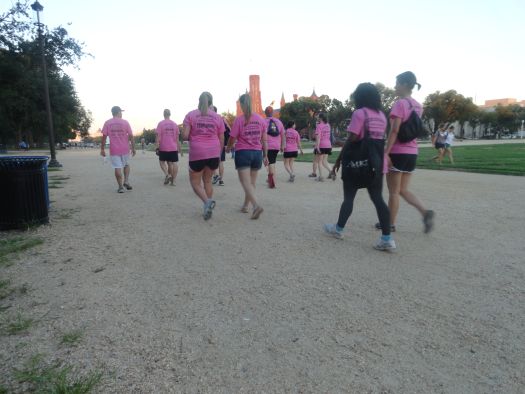 We also developed the habit of saying “ear liquid!” very loudly as people walked by as though it was a part of a regular conversation. One woman commented that we were high. At least, I think that’s what she said.It was a great end to an awesome day (more to come soon) and it was the perfect temperature. We only left because my parking was about to run out but we had a nice view of the monument as we walked off. 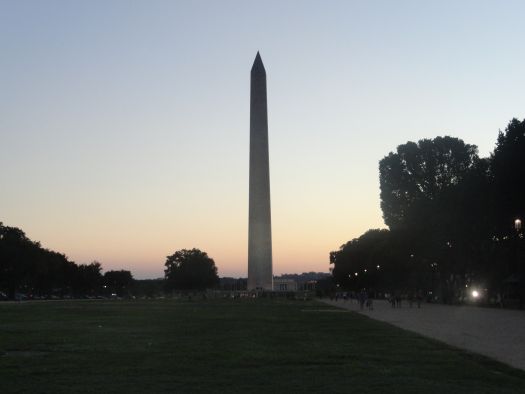