100 Ways To Be Creative: Explore Nature

#100 on my 100 Ways To Be Creative list is to explore a park, forest, or other area of nature. Matt and I drove to an area of Patapsco Park in Ellicott City that has a really cool bridge. Patapsco Park is really big, and this area can be easily found if you used to know how to get to Creepy College. Ellicott City has a lot of haunted places, and one of the more famous ones was Creepy College. It’s been torn down now, but there’s still a lot of places to explore nearby.
Anyway, we walked over the bridge and around the trail. Patapsco Park is huge and goes on for thirty-two miles. We barely walked one. We saw a lot of dogs and people out for walks with their families. Dogs are always my favorite parts of parks. There was also an area that we noted would be really wonderful for a picnic, and maybe one day we’ll come back and do that. 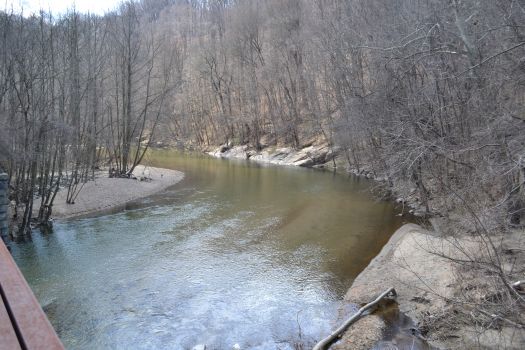 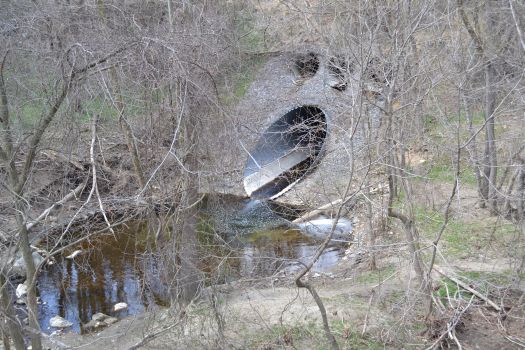 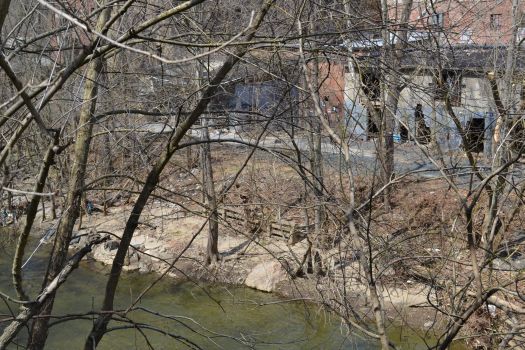 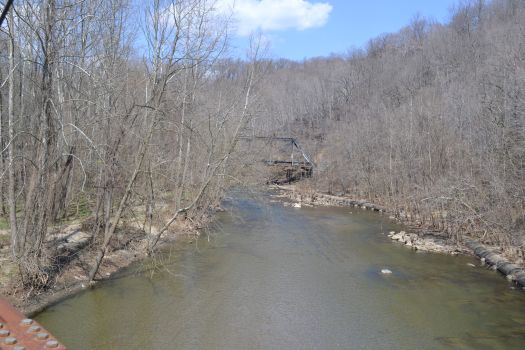 It’s definitely nice to be out in nature, especially when it’s not freezing. The trees are going to start blooming soon, and it will be an even prettier scene to photograph. As refreshing as nature is, I’m not a mountain girl. It’s great for an outing, or even a vacation, but I’m much more interested in the second part of our trip, which was the discarded rubble and graffiti that remains, somewhat close to Creepy College.
I like that Matt feels similarly. When we were overlooking Bloede Dam from the trail, he said “even out in nature, the first thing I spot is a DVD”. 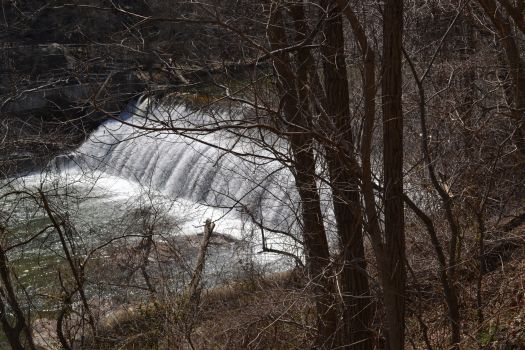 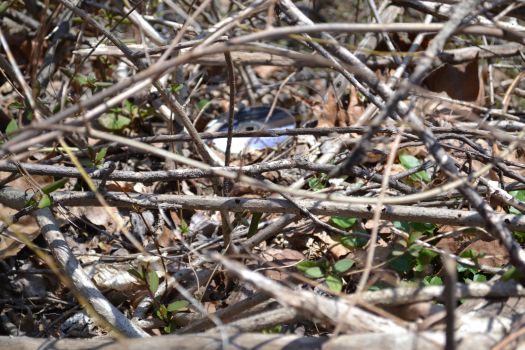 DVD
The abandoned buildings, spray paint tags, and miscellaneous items stuck to trees are always so much more interesting to me. Nature is extremely powerful, and the fact that it exists the way it already does is magnificent. I’m never going to be able to create something that’s as wondrous as a waterfall, but that doesn’t mean it holds my interest as well as a pile of rusty relics. And it’s okay that I feel that way. 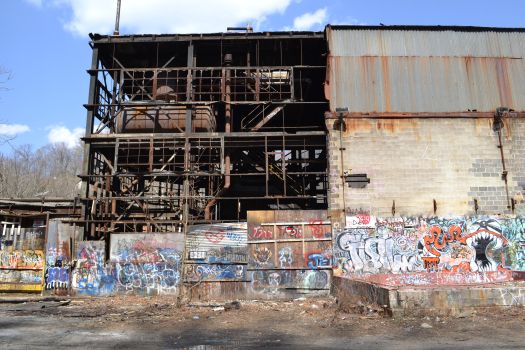 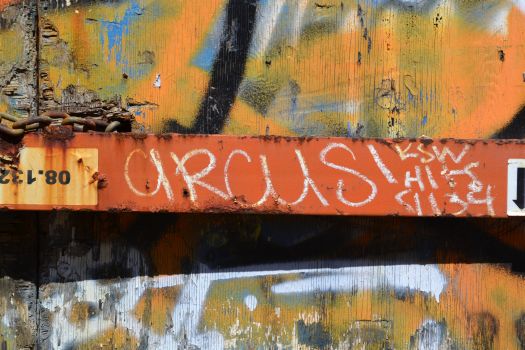 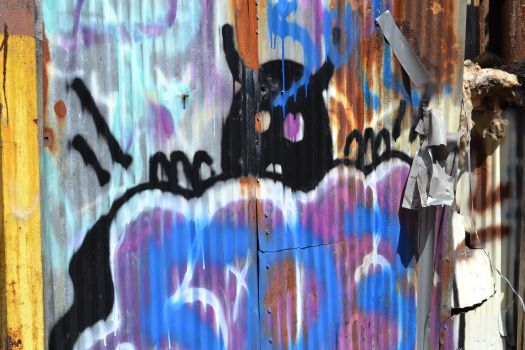 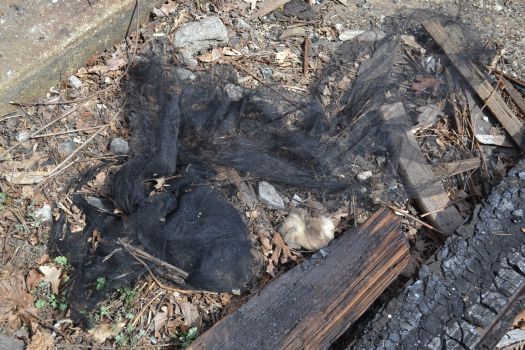 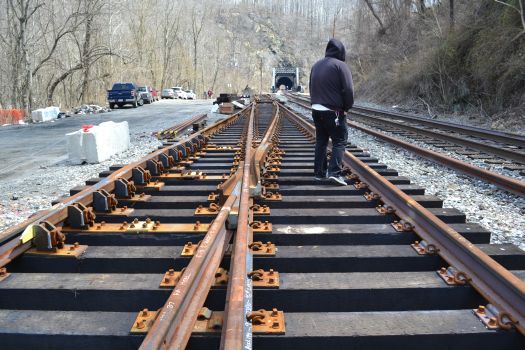 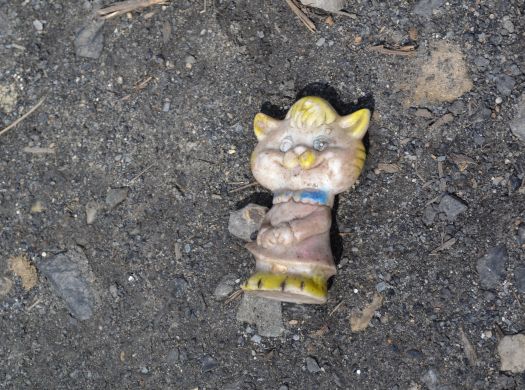 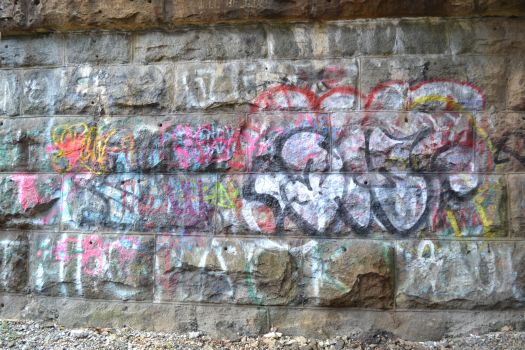 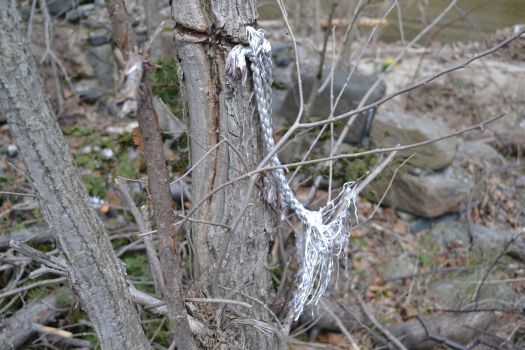 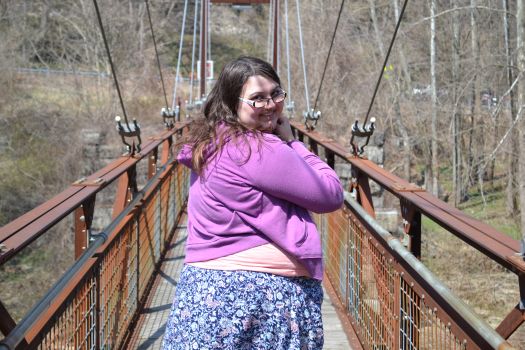