Your Top Ten Happiness Lists Of 2012

All year I asked for your top ten things from each month. My original plan was to post every four months, but I forgot in the middle. Anyway, I wanted to share some of my favorite things from your lists [from May – December 2012]. Can you spot some of yours??
It’s really great how different the items are and the varying categories of life they come from.Remember to always feel free to send me your top ten lists. It’s really awesome for me to be able to read such positive lists every four weeks, but it’s also a great opportunity for you to reflect. 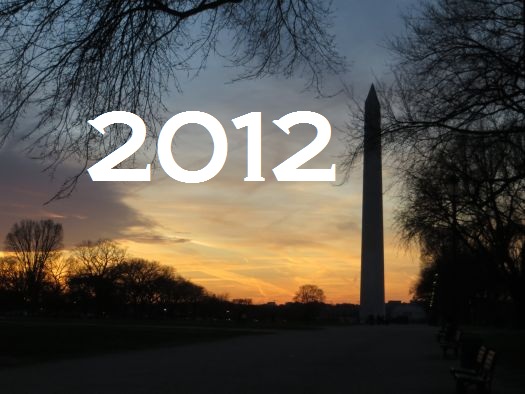 May
+ Running down the street moment
+ I am finally starting a watercolor project
+ Ben and I went rollerskating around a ska band
+ having Dave Bazan trade me a record for an X-Men comic book
+ painting my dining room chairs red
+ I didn’t kill anyone
+ partying on a boat
+ hiking through the forest to see different water falls in the pouring rain
June
+ Remembering how good Boy Meets World is
+ Wore my floppy hat in public
+ outdoor movies
+ my new violin
+ I had a vivid moment of appreciating America while I slept under a flag one night
+ bike rides through sprinklers
+ In general enjoying the fact that I can get up every day and know something new awaits and I can create my world for a while longer
July
+ Got to hold a kitten
+ Realized some friends are better friends than I had thought
+ half Christmas
+ ghost in a jar
+ watching old music videos with Tim including: TLC, Destiny’s Child, Britney Spears, and NSync
+ trips to Estarland
+ Twilight Turtle underwear party dance night while making mix CDs
+ biking in the rain at the cabin
+ I have my art table back
+ lobotomizing a magic 8-ball
+ booking my flight to Peru for next year
+ getting excited over the London Olympics
+ finished my first piece of knit clothing
August
+ Having real moments of laughter and our weird adventures together
+ Finding my gold, sparkly wedding shoes
+ dancing in some house party’s basement in a red dress
+ starting the process of getting psyched for Halloween early
+ watching a meteor shower two nights in a row
+ Trying to just be happier
+ clouds on the ceiling
+ wild flowers in western mass
+ dog park/bar
+ my kidlets and I had a pirate party
+ getting a new job offer to work at a hospital
+ running faster than I ever had before
+ going to the flying saucer bar for my first time
+ being a professor
+ people watching in airports

+ As weird as it sounds, life has been chaotic and I like it, it’s not the daily grind
+ engagement party evening where we threw shredded paper all over ourselves and the flat and made snow angels
+ jumping off a cliff
+ I can now hula hoop for five minutes straight
+ One (or two) hit wonders
+ the guy who does the voice for Sheograth leaving a voicemail on my phone
+ Bike rides and high fives
+ I am with the man I love
+ going on air at Rice Radio
+ sunsets
+ getting to spend an excessive amount of time with my boyfriend
October
+ Realizing that I am being more myself than ever- enjoying it and not worrying about it
+ Watching llamas graze
+ realizing that I am a relatively happy camper when I just let go and participate in life
+ seeing my mail art in a show
+ Glo Run 5K
+ horsemask
+ found free wifi in my apartment
+ I found the town that might be my forever home
+ I bought heels and wore them on Halloween in an hour, in public
+ crisp leaves
+ I went to a pumpkin patch
+ Busboy & Poets sangria
+ hoodie weather at last
+ succulents
November
+ Crafternooning
+ Emotional FB pictures
+ First snow
+ Noticing Zumba results and finally learning the steps
+ eating a Belgian waffle
+ I learned how to make sunny side up eggs
+ We found an awesome record player at an estate sale
+ I bought acrylic paints and brushes and am about to attempt painting a very large thing for my wall
+ sushi and Skyfall for Thanksgiving
+ starting to feel like myself again
+ making big plans

December
+ the world not ending on Mayans’ prediction
+ reading Bossypants by Tina Fey
+ Ikea Monkey
+ my life feels better
+ Walt Disney World (!!!)
+ feeling respected and cared about at work
+ made Jello shots that everyone loved
+ I found a hoodie in a field

PS – If you sent me your list at least six times this year.. keep an eye out for something from me in your mailbox!