YOLO is a relatively new term for people. It stands for “You Only Live Once“, and is essentially the lower class version of “Carpe Diem”. The sentiment is good at its core, but it’s become something people shout out to justify all actions. I love the idea of trying new things and living with intention, but screaming “YOLO!” to make yourself feel better about something you don’t want to do (or you know is wrong) is a totally different thing.

I decided to do a little spoof on the term when I found cheap cardboard coffins at the craft store. I painted them black, wrote “YOLO” on the top, and filled them with confetti. I like the idea of opening something that is generally a morbid symbol and having it be full of fun and colorful strips of paper. 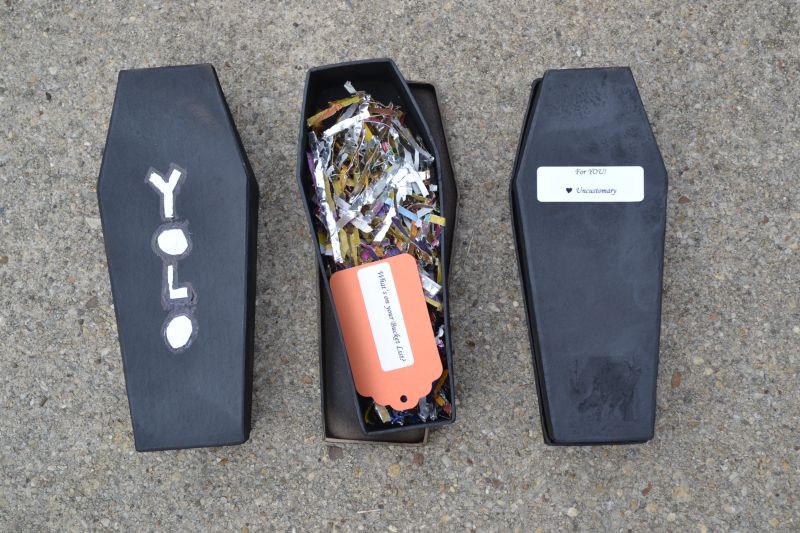 To tie it all together, I included a note asking “What’s on your bucket list?” When you turned it over, you were then asked “What are you waiting for?” I hope that it inspires someone to go after something they’ve been dreaming of and putting on the back burner. 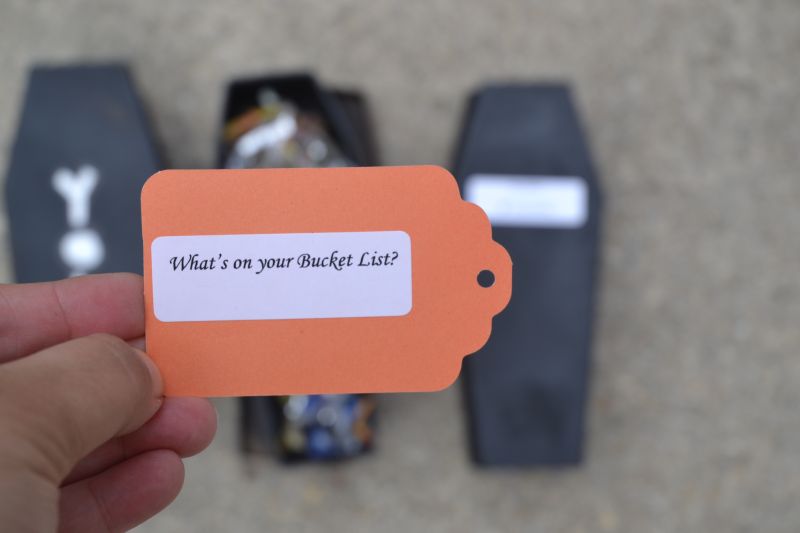 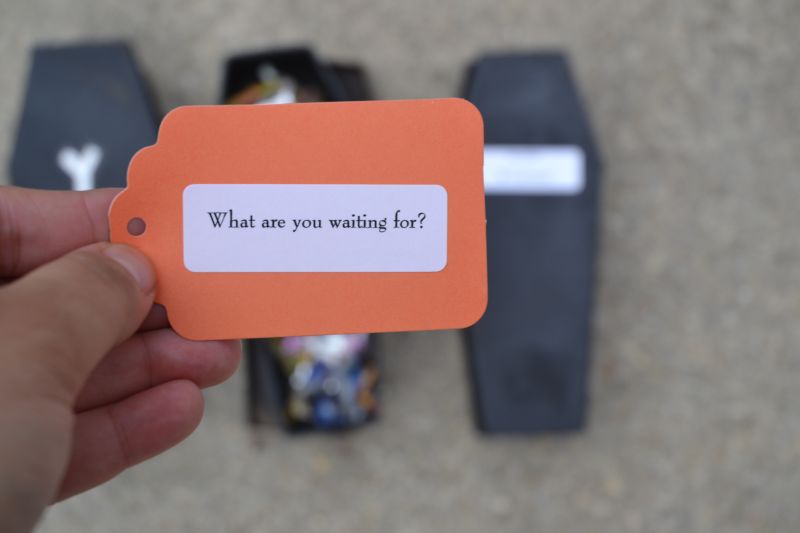 I left them in different cities, as I drove around the past couple weeks. Ellicott City, Crofton, and Baltimore all got little YOLO coffins. 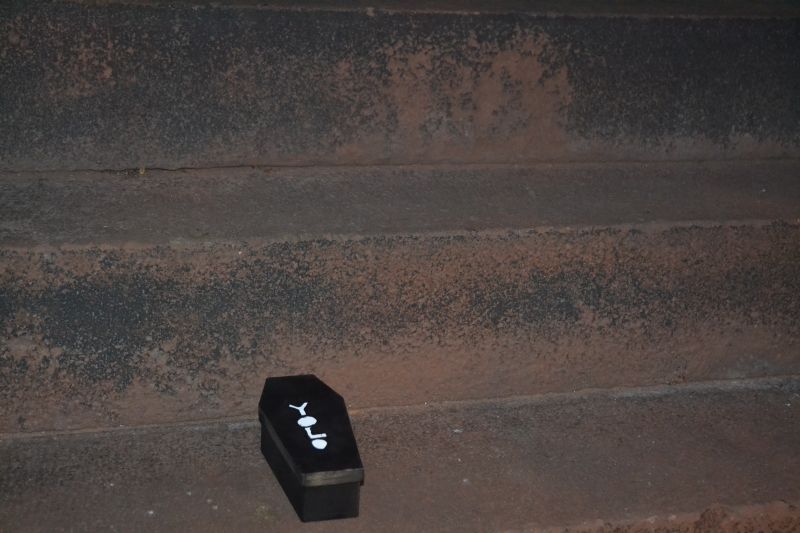 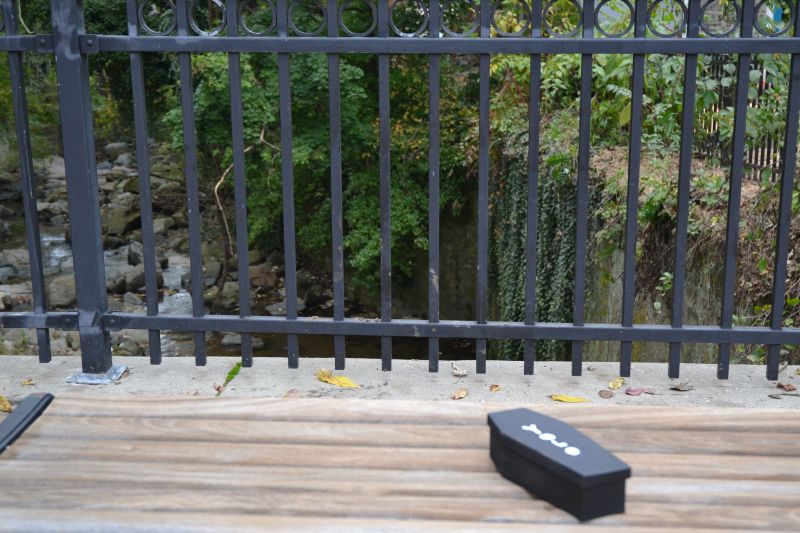 I really do want to know… what’s on your bucket list? I make goals for myself every year, but there are certain things that I don’t actively attempt. If the opportunity were to arise, I would take advantage for sure, but for some reason I’m not seeking them out. Examples include: