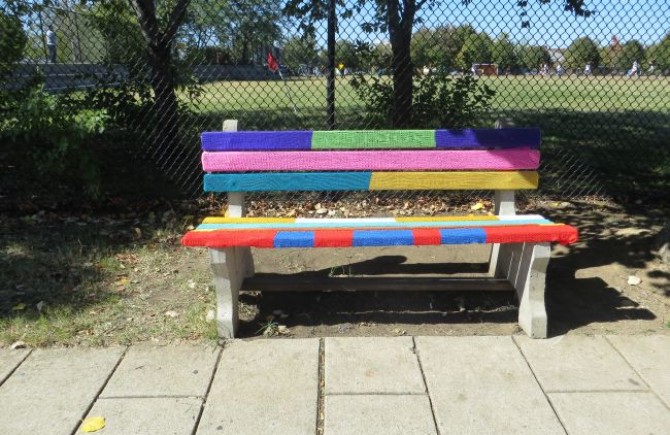 You may have noticed that it’s been a while since I’ve done any yarnbombing. That is because I had been working on a bigger project…a bench! 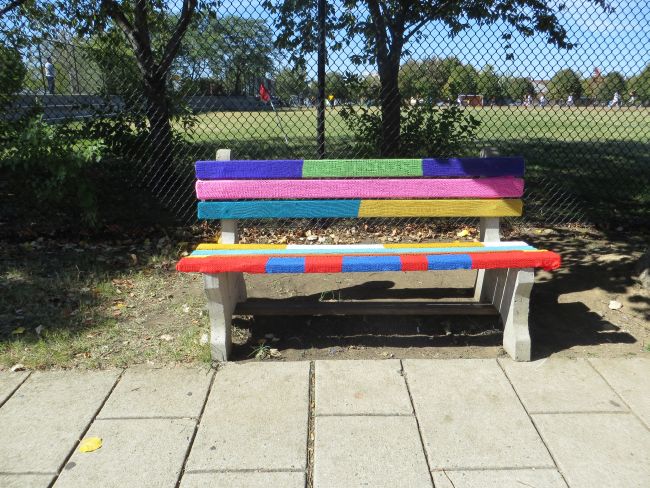 In Baltimore there are a lot of the same wooden benches, declaring Baltimore as the greatest city. I measured one over a month ago and I’ve been knitting cozies for each plank ever since. Sewing it on was a pretty serious feat. 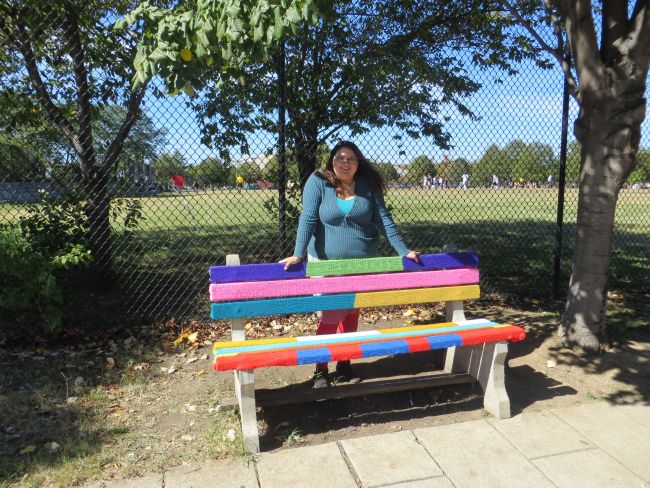 I did not realize until the last plank that I should have been moving left to right instead, because it was 400 times less awkward and went 4 millions times faster. So, that’s regrettable, but I do not regret this project. 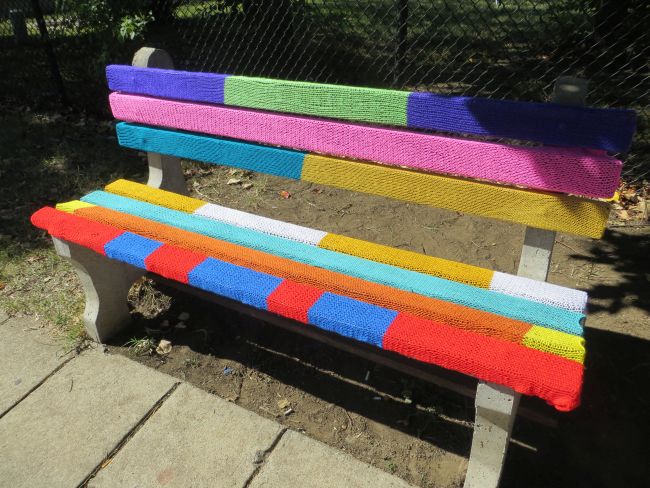 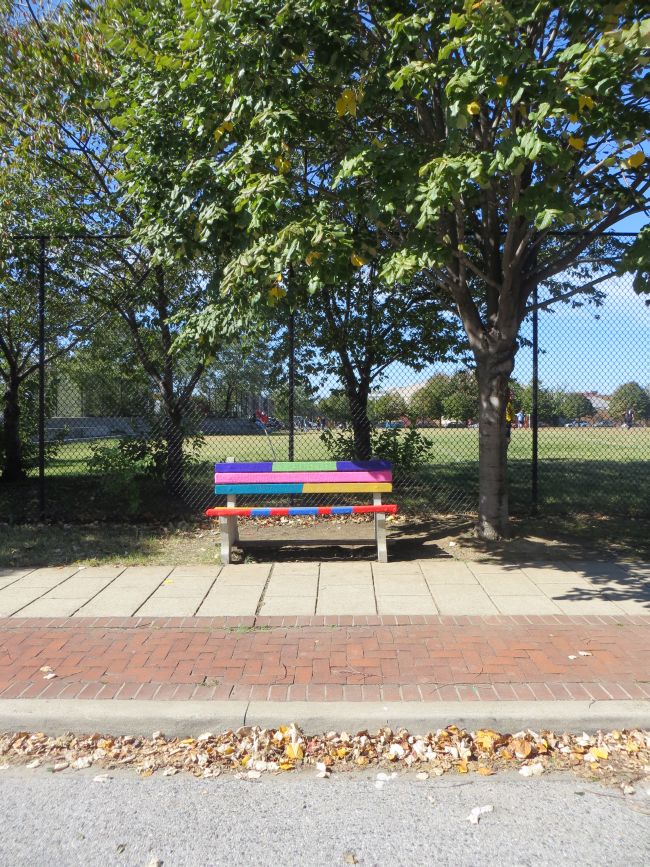 I got a lot of comments while I was installing it, including from an older woman who reminded me of Nannie. She walked out of her building and across the street to talk to me. It felt like getting my grandmother’s approval of something I’m pretty sure she would have loved. 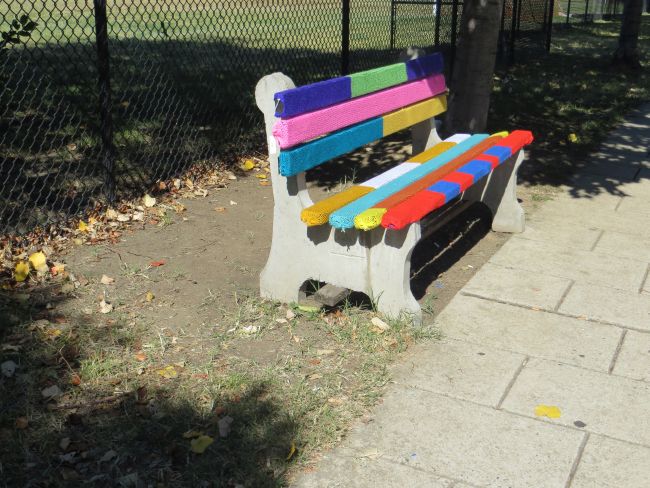 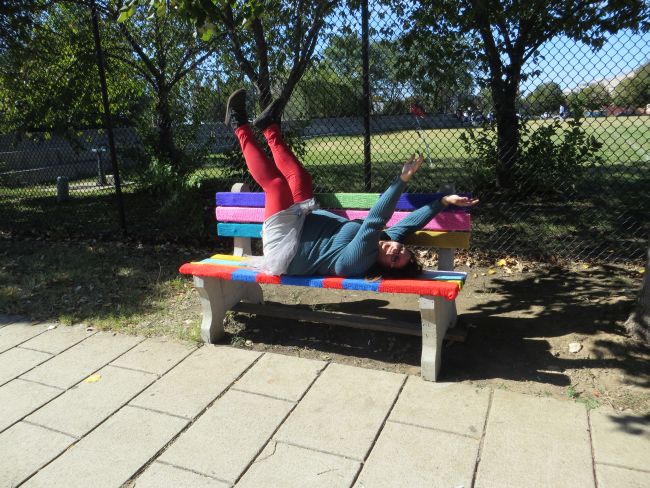 I’m really proud of it!