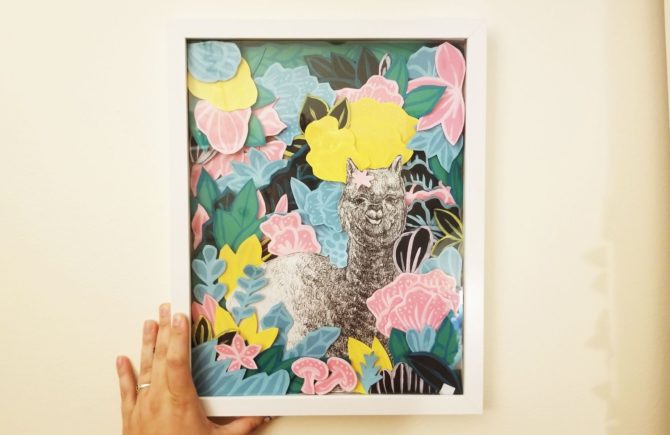 I feel like I’ve been allowing myself to get into a bit of a routine that’s bordering on a rut (well, for this Gemini, anyway), and I need to do something to shake it up. I’m really missing burning, and that’s exacerbated by seeing so many people go off to the mecca in the desert this week. I’m trying to remember that only I have the power to change my routine and I can instill the pillars of burning here at home, but the reality is it’s still a bit difficult some days or chunks of days to wrap my head around. That compound with PMS has made this quite a week! Hah!

But I did get to go to my friends’ Mo and Kat’s house for a little party, hang out on their roof deck, and celebrate the final sale of their place. I’ve continued to work a lot, put together the Awesome Plan surprise packages, and have been doing my best to budget.

I also want to strongly recommend “Elder Millenial” by Iliza Shlesinger which is on Netflix. It’s hilarious and inspirational, albeit pretty hetero-normative. And I also watched Kesha’s movie, “Rainbow” on Apple Music (which you can download as a free trial app — it had a lot of glitches and make sure you put a reminder down to cancel the free subscription so you don’t get charged). It’s short, but powerful, and a look into her struggle with eating disorders and the sexual abuse trial she had to deal with for years. But she came out the other side on a rainbow!

Today is the LAST DAY to sign up for Round 16 of the Snail Mail Game Show. If you sign up after today, you’ll be enrolled in Round 17 which won’t happen for a couple months.

Later today, I’ll be doing an Instagram Live talk on how to get yourself out of a bad mood! Join in at 7 PM! [Extra Sparkle] * trying out a shower bomb * accidentally covering myself in too much coconut oil and being super smooth * new bookmarks and magazines * making pasta salad * Black Cat Appreciation Day * how invested in “Grace and Frankie” Joe got * taking some alone time for self-care * the fancy new Giant supermarket on Ritchie Hwy * watching Bunk on IFC’s website * Hex And Violence bath bomb from Witch Baby * adding LED lights that are supposed to be for a pool to my bath ritual * writing every day * fun nonsense at Stu’s * making Stu a merriment bag when he told me he was sad * clean dishes * being able to say I’m a published author * Joe saying how much he enjoys seeing me work * fresh sheets with linen spray, and newly washed/extra fluffy circle pillow and pink furry rug * how quickly my internet got turned back on after I forgot to pay it * doing a “unicorn” face mask and wearing unicorn horn headbands at the same time * testimonials and posts from inspired and satisfied Babes and customers * Michael Che * a few goodies at The Crystal Fox * cauliflower tabbouleh * Cristen making me alpaca art in her current wonderful style * the brooch from Kat she got at an awesome estate sale * fresh flowers