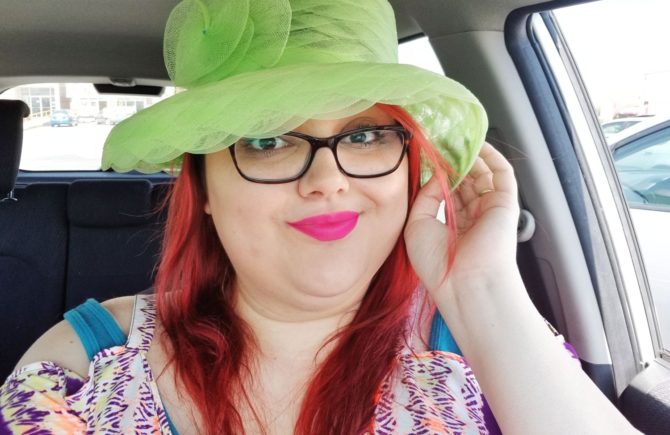 I feel like I’ve been living my life from a script this week. I drew three Tarot cards last night and my reading of past, present, and future basically said that what’s been going on is an utter shit show, I’m currently handling it like a badass, and I’m about to get back into things that make me happy. I was pretty happy with that. I know this is a Happiness post, but this is also my weekly check in with you, and I can’t ignore something so big that happened this week. So before I give any more updates, I want to take a minute to honor my friend, Jason, who unexpectedly passed away this past weekend. Jason was connected to a lot of people, and the funeral I’ll be attending tomorrow has had to be moved twice to house how many people will be celebrating his life. He loved people a lot. I met him on my second date with Joe, the night of the Bicentennial fireworks. He showed me how to party, taught me one of my favorite jokes in the entire world, and supported my weird.

Last night, I was at a bar and someone entered wearing my Uncustomary Pandamonium panda mask, walked up behind me, and held my hand. Without knowing who was under the mask, I just said, “I have this same mask and I use it for this hashtag I created called #UncustomaryPandamonium”, and they said “I know”, and took off the mask. It was my friend, Anya, and then we danced while she wore the mask because an old school Taking Back Sunday song came on. Out of breath, I slid back onto my bar stool and thought, “Jason would have approved and probably said, ‘Good job’ to that”.

For every person there is, for every new death, there is a new type of grief process to be experienced. We never know how we’ll mourn or react. I think Jason would want us to think about the good times we had with him and keep reminiscing, telling jokes, and having fun in his memory. But that doesn’t mean we’re not entitled to be sad.

Death is insane. Grief is sporadic. Be safe. Do things that make you feel good. We’re all just trying our best at the present time.

So other than that, this week has still been pretty crazy. My favorite dog in the world was put down and I didn’t get to say goodbye. Joe moved out, my new roommate moved in. I was at Light City the night we all thought there was a shooter in the Inner Harbor (turns out someone was lighting off fireworks in the middle of the crowd), and I was pretty shaken at the idea that we were sitting ducks. We walked back to my house to get out of there. I found out a guy I was dating had a “dual life” where he has two houses and actually lives full time in another state with his girlfriend who he was cheating on.

It’s been a pretty emotional, trying week. But things seem to be evening out or whatever you want to call it. And it’s not all bad, for sure. I mean, did you see that dancing video? 😉 And I’m living with two cats now! My house has a totally different energy now, my crystals are organized my ROYGBIV, and yesterday as I was leaving my mom’s, she shoved four Mike’s Hard Lemonade bottles in my tote bag. [Extra Sparkle] * Installations at Light City * Finding out there actually wasn’t a shooter/not getting shot * Seeing an abandoned bra on the street * Everything about the lady who owns the local liquor store, and how often she calls me “whimsical” * Not needing to wear a jacket (even though I’m already having withdrawal from my Against Me! hoodie) * Having a clean work surface * Alan making us margaritas in mason jar glasses * Finding rainbow drinkware that I wanted a year ago that were way too expensive for like 80% off at a place I had a gift card to * How pale Maura looked in the fluorescent light in her goth outfit * Neon coral pedicure * Taking a naked nap with two fans on me while my LED shoes charged * Rainbow bracelet flask full of Fireball * The sound of multiple fountains * The show “Big Mouth” * Driving through Curtis Bay at sunset, seeing all the bodegas and colorful buildings * Graffiti on trains * New Moon Gathering * The face mask Adrien did making them look like a character from “Fraggle Rock” * Wearing an American flag bikini on the outside of my dress all around Target * $1 bubble wand


The first video Jason ever showed me: