Last week was pretty busy. On Tuesday, I met up with a super cool local blog reader named Kerri. We did some guerrilla art, got lunch, and took a drive. On Wednesday, I drove to Philadelphia to see Broad City Live at the Trocadero Theater. I’m really in love with Ilana Glazer and Abbi Jacobson, and Broad City was probably my favorite new show from this year. Ashley and I were them for Halloween, and I’ve had these tickets since early summer.

If I’m being honest, the show was slightly disappointing. I had a good time, and they’re very funny girls, but the live show wasn’t necessarily full potential. I did, however, get to be a part of the first group of people to see the trailer for season 2, which in itself is absolutely hilarious. 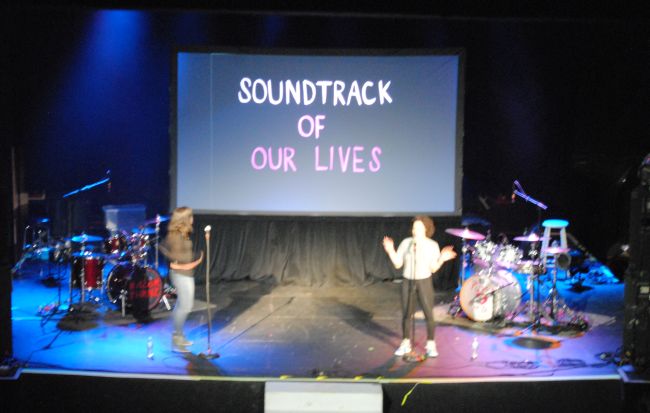 Sunday was spent sick. I always get sick in November in various degrees of severity, ranging from needing to be hospitalized for pneumonia and the sniffles. Sunday was way closer to the sniffles side of the spectrum, and I’m feeling better already. Hoping it stays that way!

Monday was a strange day. I was running a bunch of errands all afternoon and got hit on by gorgeous men everywhere I went. (No idea why! Straight up Twilight Zone.) And then I ran into my ex and his new girlfriend which was incredibly awkward (because he made it that way)! On one of these errands, I saw this “Guts and Glory” car. Inside the thrift store it was parked in front of, I made my way to the toy section to look for something specific, and saw the family who owns the car. They were looking at guns to spray paint and saying things like “But how cool would this be at the hood of the car?!” and “You know that’s going to be strongly wind-resistant and decrease my miles per gallon. I’m only getting like 10 as it is!” I thought it was really cute that they all go out together to get new things for the car. 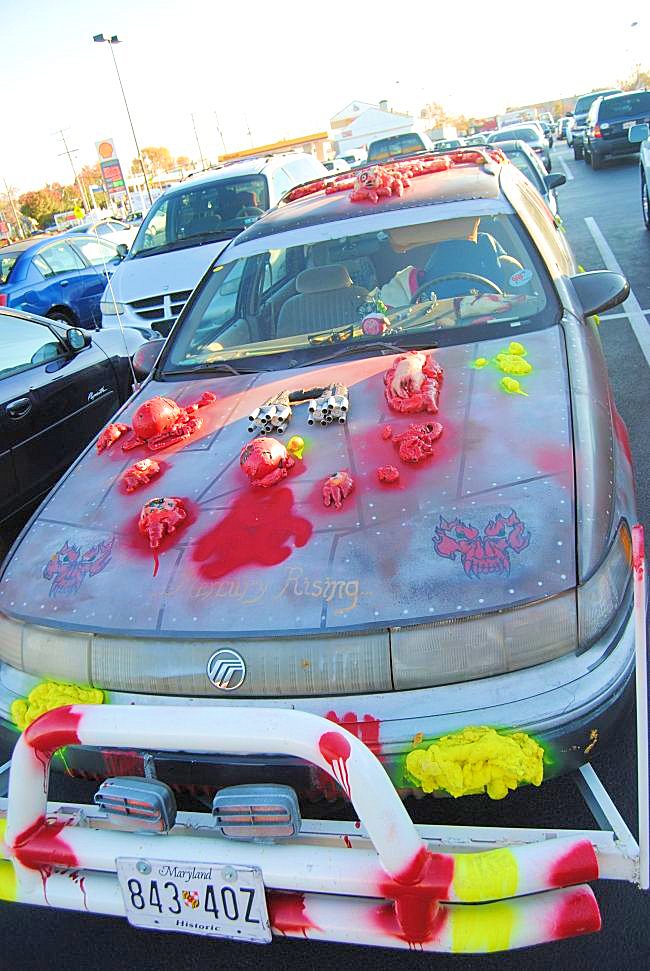 eating a cheese steak in Philly

Munchel bumping into the naked man at the art show as soon as she walked in, like she was an awkward teen novel character

car dancing with Ashley to Wallpaper

organizing street art supplies for my trunk (with a labelmaker!)

giving “you are beautiful” stickers to toll booth operators

how much I love Gotham

painting my nails and toes 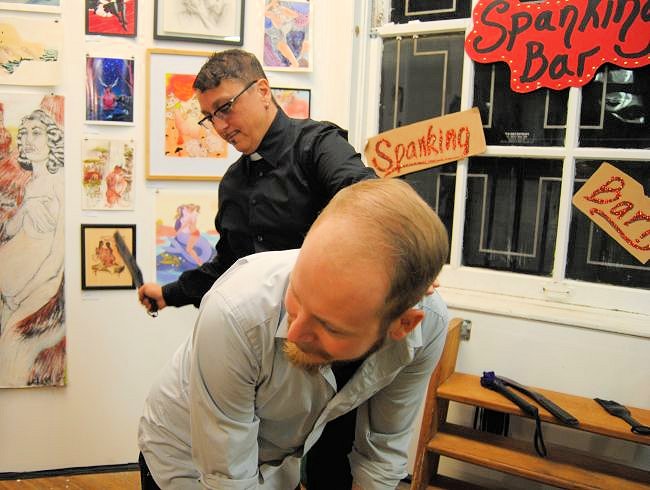 Last but not least, on Thursday I went to an Erotica themed art show that a bunch of local artists, including my friend, Cristen, were in. It was equally crowded and fun, and this Spanking Bar, where I got my friend Nick to step up to the plate, was one of the milder “installations”. There was pole dancing, body painting, a peep show, and a completely naked man, presenting himself as the art on display.

Phew! Alright. This week documented! Speaking of documentation, have you seen the new pencils in my shop?