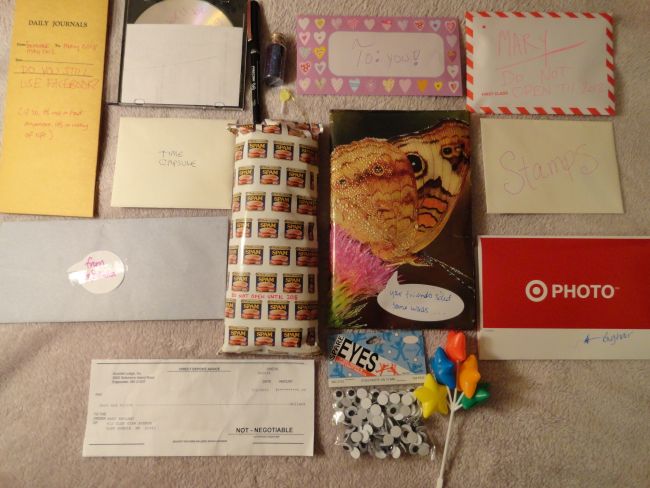 Recently I was inspired by Bianca’s post about her creating a time capsule for her to open up in 5 years (which was inspired by a Keri Smith idea from her 100 Things list).

Particularly, I was inspired by the letter that she had her boyfriend write her which she doesn’t plan to read until the ‘do not open until’ date. I decided to expand on that a bit and get all the important people in my life to write me something for me to open up and read in 6 (and a half-ish) years, on my 30th birthday. On Monday night I put the box together. 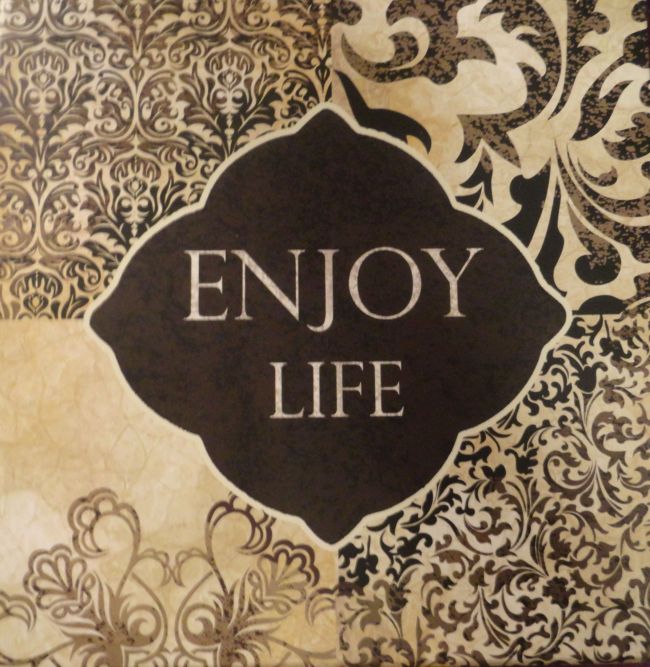 + a print out of my current Facebook page, status, etc. and a question that asks if I even still use Facebook in 2018
+ a mix CD that I made for myself of my favorite songs and things that represent the kind of music that I am currently in love with
+ a letter from my boss, LaShandra
+ a letter from my dad
+ a current pay stub
+ a package (wrapped in SPAM wrapping paper) from Janice… I have no idea what’s in it
+ one of my favorite pens
+ a vile of blue glitter
+ a mini yellow lollipop ornament
+ a letter to me, from me
+ an envelope that I put a yellow piece of paper in and let loose in my office.. it’s definitely thicker than it was when I left it there and I have no idea what’s in there, I also had Charlotte & Katie sign it
+ a packet of googly eyes
+ plastic star bouquet
+ a bunch of photos that represent where I’m at right now and the people & things I love
+ an assortment of the current stamps that are available in 2012
+ a letter from Matt 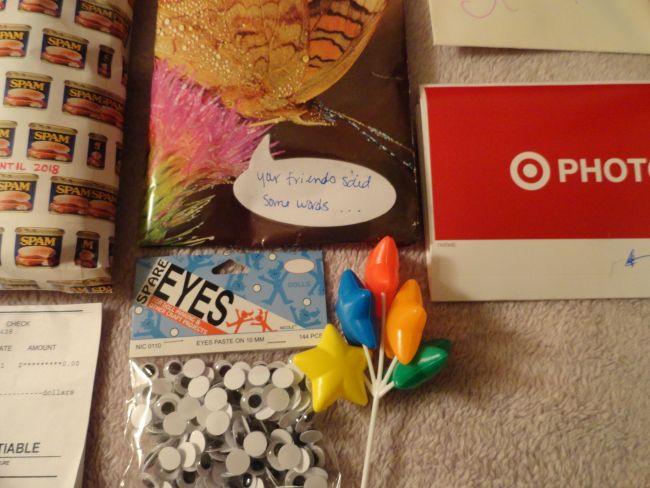 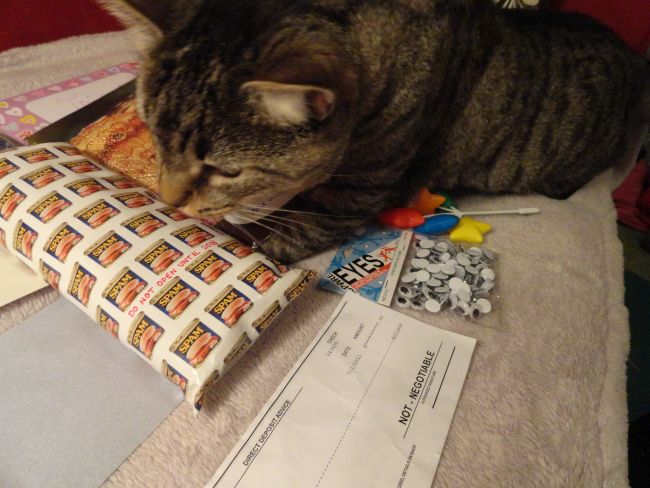 I put the box in the back of my closet and I’m pretty confident I’m not going to open it until it’s time. 30 years old seems like so far from now, but I’m sure it will be here before I know it. 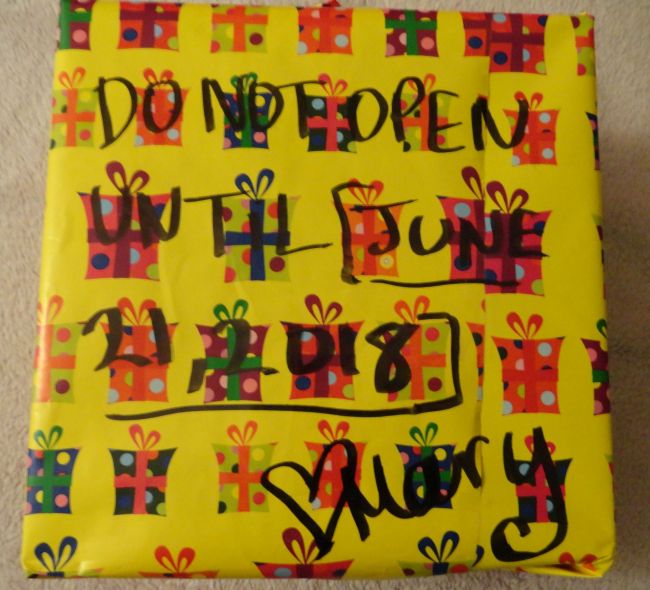 What would you put in a time capsule to represent your life right now?