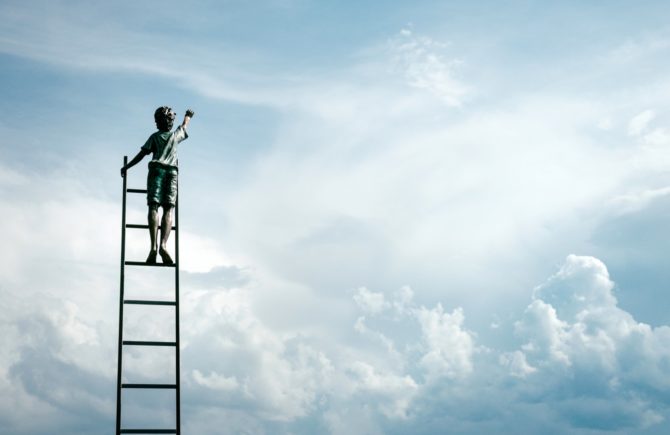 The Story Of Inspiration: Where Do People Find It? On a typical Monday morning, most of us even lack the motivation to get up from bed early and start the new week on a high note, and yet, so many people around the world continue to accomplish great feats in the face of seemingly insurmountable adversities.

When we look back through the pages of history, we come across revolutionary leaders like Abraham Lincoln who stood against the cruel system practiced by an entire nation, only to rise victorious through towering odds, or saviors like Mother Teresa who had actually put the Israel-Palestine conflict on temporary hold in 1982 for saving the lives of 37 mentally disabled children trapped in a hospital.

These are just a few names among numerous others who have managed to inspire themselves and countless people around them towards achieving almost impossible and noble tasks. Then there are the regular people who no one but the ones closest to them know about, and yet they continue to accomplish incredible things each and every day. While we all admire them when we hear about their deeds, a question often springs to mind regarding what could possibly be the source of their inspiration?

Depending on the specific person, accomplishment, and situation in question, the source of inspiration and motivation varies greatly, but even then, it is possible to identify a few of the most powerful driving factors. Perhaps taking a look at them will help us find our own personal sources of inspiration as well.

Faith is a dynamic term that can mean so many different things to different people, but irrespective of the definition, faith has inspired and motivated people throughout history to commit both great and atrocious acts.

At its core, faith can be defined as an unwavering belief in a system, discipline, religion, code, leader or even one’s own self, that is strong enough to motivate people in accomplishing tasks that adhere to the teachings, beliefs, or rules of the specific source.

Faith in one’s own abilities and beliefs is one of the most powerful motivators in regular life, although external factors and positive/negative outcomes do contribute towards the strengthening or weakening of that faith.

We are often inspired by rewards, approvals and appreciations in both our personal and professional life, which are in fact, all different methods of reinforcements.

Reinforcement is a form of encouragement practiced by every institution ever since the beginning of civilization to inspire people in repeating certain types of beneficial behavior.

As a matter of fact, reinforcement is even utilized by parents to encourage their children. When parents reward positive behavior and good results by their children through gifts and shows of pride and appreciation for those particular acts, they are reinforcing their children automatically to be encouraged in repeating such behavioral patterns again.

In military and police in particular, challenge coins, medals and other decorations of valor are used effectively even today to reinforce and encourage a sense of unity, as well as for rewarding those that have committed great acts of bravery in their service life.

Customization plays a great role here though, because in order for challenge coins and other forms of medallions to reinforce inspiring behavior and encourage a sense of unity, they need to be unique and representative of the unifying factor in question. Browse this page, where we find even more specific answers regarding how and why the challenge coin and similar medallions are such great sources of inspiration and driving factors for the police force and the military in particular.

Once again, just like faith, the meaning of the term achievement is dynamic because what is seen as achievement varies so widely, depending on the situation in question. Nevertheless, the kind of achievements we are talking about here are the ones that drive people to achieve something in their respective spheres of life as well, whether it is directly related to the nature of the inspiring achievement or not.

A good example of achievements which have become incredible sources of inspiration for millions of people around the globe are the success stories of great entrepreneurs like Oprah Winfrey and legendary writers such as J.K. Rowling who rose from nothing and attained everything.

As to what inspired them, it cannot be surmised in just a single driving factor, but from their interviews and common sense, it would be fair to state that faith in their own abilities played the biggest role.

Inspiring achievements doesn’t only come from famous personalities though, because success stories are all around us and while they may not all be millionaires or billionaires, their achievements are often more relatable and even more inspiring at times. A previous drug addict turning his/her life around will inspire and motivate others in similar situations who saw that happening first hand, instilling the belief that they can do better as well. A simple YouTube video of cops being helped by good Samaritans and vice versa, promotes and encourages both parties in general to be more helpful towards each other, which is key to the success of our society.

The Words Of Others

There’s no denying that the written words of others can be a powerful way to inspire others. Many folks take inspiration from famous quotes and those from not-so-famous people, such as those closest to them.

Real-life stories are another way that you can take inspiration from the words of others. You may find that someone had a similar struggle or challenge to you. Their words can give you the positivity you need to overcome any obstacles that stand in your way.

Words have the power to evoke emotions like happiness, peace, and love in others. They can also motivate people to stay focused and “keep going” to reach a particular life goal.

The saddest and most unfortunate inspiring factor of them all, is sacrifice. When three teachers saved the lives of their students by sacrificing their own in Florida, it was a sad day for everyone, but it also set a standard for the teacher’s responsibility and love towards their students that will continue to inspire educators around the world, as well as garnering even more respect for the profession in general.

Historical sacrifices like that of the Scientists of Stalingrad and the Four Chaplains continue to motivate people to this day, albeit with a heavy heart.

Going through these powerful sources and incidents of motivation are often eye openers and may help us drive ourselves towards better things and inspire others through our own acts as well. This is definitely not a list of every motivating factor out there though, so if you find motivation in anything else that we did not discuss, then you already have found your driving factor and all that remains is putting in the work required to get where you want to be at.