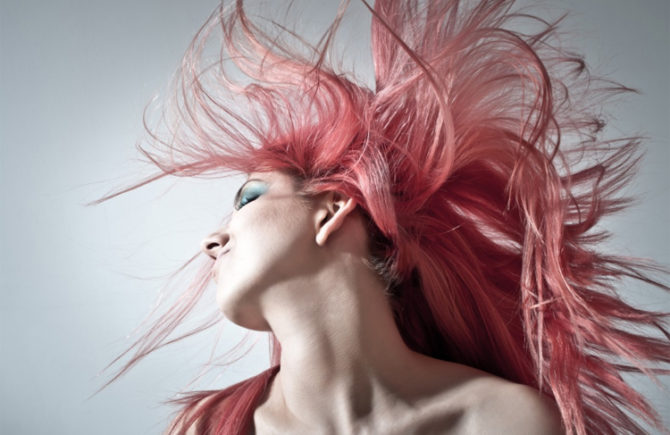 The Road To Inner Peace The modern world is not conducive to peace of mind. We’re continually being bombarded by things both inside out minds and out there in the world that disrupt our inner peace and lead us into a state of panic, confusion, sadness, emptiness, fear, and worry.

Take the news media, for instance. News outlets rely on stoking our primal fears, spreading negative news whenever they can, even if the world is getting better overall. We hear about the latest problem halfway around the globe and come to believe that it will have a severe impact on our lives and happiness. Most of the time, they don’t.

Then there are the internal thoughts that hurt us: ruminations, fears, and sense of guilt that dogs many of us. We suffer inside the prison of our minds, worrying about what people think about us and our bodies.

Achieving peace of mind in a world like this is a challenge. The outside world continues to surprise us, diverting from our expectations in troubling ways. And inside our heads, we torment ourselves with thoughts that, for the most part, don’t matter and aren’t true.

There are times in your life, though, when you escape the worries of the world and experience genuine peace of mind. You may have experienced a sense of peace when you were:

What’s interesting about all of these examples are that they are times when you are doing something so worthwhile, there’s no space for worries to enter. They’re all forms of distraction or altered consciousness that allow you to escape.

Unfortunately, we can’t live in these states all the time. There are things in the real world that we need to do like work, look after children, and interact with our families. Achieving a state of inner peace through distraction isn’t always possible.

The question, therefore, is how to achieve peace of mind consistently, whether you’re working with a difficult client or sat in front of the TV, Doritos in hand.

Achieving peace of mind – a state of tranquility and calm – is something that mystics have been trying to figure out for a long time. For the Buddhist, inner calm is achieved by erasing the self and existing as a consciousness, but nothing more. Buddhist prayer beads help with the process, assisting people to enter a meditative state that frees them of their fears and concerns.

Other people try to achieve peace of mind through therapy. The counseling industry is a huge business, and it’s all supported by a desire for people to feel better about themselves and their bodies. They don’t want to ruminate or spend hours thinking about what their colleagues say about them in the office when they’re not there. They want to live their lives in peace, free from these damaging concerns.

Achieving peace of mind is a challenge, but some people do it. These people aren’t nature’s freaks, but individuals who practice a set of principles that allow them to escape the worries of the world and achieve inner peace. It can be a challenge, and it won’t work in all situations, but if you get the basics, you can vastly improve how you feel on the inside. You can let go of anxiety and panic and feel better about your situation and life.

Create Your Own Internal Standards

As social creatures, we need to get along with the people around us. Historically, we needed the acceptance of the tribe to survive. Our clan was our safety, and anything that threatened our membership threatened our lives.

In the modern world, this isn’t the case at all, and yet we retain the evolutionary programming which tells us that we have to fit into the group. When we believe that we might have done something that means that we no longer fit, we panic.

The problem is that this adaptation doesn’t help us anymore. We don’t need the acceptance of our clan, or even the support of other people. For the most part, we can live as independent human beings, so long as we have an income. It’s nice to be liked and valued, but it’s not worth the mental pain.

The way to get around this evolutionary quirk is to operate by a set of internal standards. Somebody you know might not like the way you conducted yourself, but if what matters to you is sticking with your values, not following the crowd, then all of a sudden, what people think is less important. By having your own internal standards about how you behave, you don’t rely on the judgment of others. You give yourself more control. You set the rules, and you know whether you’ve met them or not. It’s not up to somebody else to make that decision for you.

Staying up to date with “current affairs” used to be a sign of an intellectually-engaged person. People would discuss the events in the news, how they impacted their lives, and why they were important. But there’s a growing movement of people who are putting down the newspapers and switching the TV off.

The reason for this is a recognition of what the media is doing. Media companies care about getting eyeballs in front of advertising. That’s it. If that means activating the fear centers of the brain, then that’s what they’ll do.

The fact that the news is so overwhelmingly negative is sufficient to put many people into a state of constant fear and worry. What’s horrible about this is that the world is getting better on most measures. While the media beats the drum on devastating climate change and political instability, other things that matter to people continue to get better. Did you know that more girls are enrolled in education worldwide than ever before? Or that extreme poverty has been cut by more than half in the last thirty years? Or that the world’s farms are now so productive that we need less farmland despite the growing population?

What’s horrible about the media is that these facts are rarely reported. Good things happen slowly, but bad things happen very quickly. It’s an annoying feature of the world that makes it hard for us to get a sense of how good or bad things are.

The facts are not confusing at all. Things are pretty good at the moment. Wars between major industrialized nations have come to an end. We’re in an era of peace. And life expectancy and wealth is going up.

Don’t Think About The Past

One of the reasons people get stuck in a rut is that they focus on the past, thinking about what could have been, instead of the future.

The past is gone. You can’t control it. What happened, happened. There’s nothing more that you can do. The only thing you can change is your future.

The problem is that we tend to hold onto the past. Sometimes, bad things that happen to us in the past can be an excuse to continue negative thought patterns in the present.

Thinking about the past can also set up negative circuits in our head. We can end up worrying all the time whether the bad things that happened to us were somehow our fault. We feel an overwhelming sense of guilt and revisit the past over and over to try to figure things out.

Needless to say, all of this is harmful to peace of mind. The people who achieve inner peace find ways to let go of the past and focus on the present. We can only live in the present, and so that is where our attention should lie.

Accept That Some Things Can’t Change And Move On

Life is, in essence, a long series of problems that we need to solve. This isn’t just a casual observation but is linked to the way the universe is set up. There are many more ways that things can go wrong than they can go right.

Take the example of the vase sitting on your kitchen table. The vase only has one configuration where it is standing up on your table looking pretty, but infinite ways in can shatter and break.

Life is full of irritations. You can stub your toe, drop your dinner on the floor, or have to wait in line for the bathroom at a restaurant. You can’t fight it, so the healthiest response is to accept it and move on.