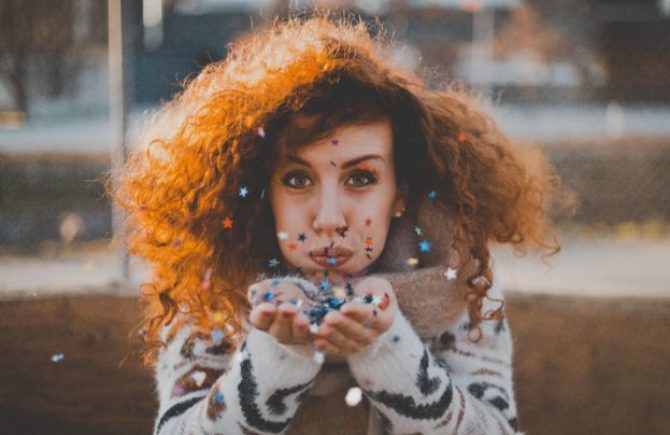 Exciting Things To Do When You’re Bored

Sometimes our normal life’s routine makes us feel easily exhausted.  All people love variety and diversity, so it isn’t uncommon for them to get tired of visiting the same places year after year.

But the truth is that there are a lot of things to do when you’re bored with the dull summer routine. One of them is to engage in festivities in different parts of the world. Joining locals to celebrate various festivals and observe unique holidays is a perfect way to get even more acquainted with cultures different from yours. By learning the background stories of these festive days, you can catch a glimpse of how far these people had come since the early days. You will also be able to make sense of some of their practices which may have appeared strange to you at first.

Thanks to the rising power of internet services, sites that write papers for money offer foreign exchange advice and travel suggestions that are easy to find. It’s not hard to discover a large number of holidays observed bi-annually or annually across the world and the best ways to access them. If you have family members who are trying to choose a celebration to attend, or you are looking for tips on how to cheer someone up, like your friends or family members, we urge you to take note of the next list of holidays around the world.

A list of some of the most unusual holidays and festivities

Here are some special days, worth checking: This holiday is held in Montana, USA every year. Plot twist: no chickens involved. The name of this festival comes from the main ingredient used in the feast – bull testicles, or bull eggs as they are known. Although they are not the only delicacy prepared during the specified holiday, they are probably the most unique. They are served marinated, fried, or baked. The Scottish city of Lerwick holds an unusual celebration. Every year, locals build a Viking ship, dress in Viking garb and march solemnly around the boat. The origin of this holiday dates back to the old Norwegian times when this was carried out as a burial ceremony for soldiers who had died in a battle. A sad reminder, but very notable. Interestingly, Japan’s culture embraces a 100-year old festival that can be described as a ‘go topless day’ for men. Dressed in minimal clothes – a loincloth called fundoshi, or completely naked, the men converge together to celebrate harvests, fertility, and prosperity of all kinds. Cheese, anyone? But mind only: you don’t get to eat it. Welcome to the Cheese skating festival, held on Coopers Hill near Gloucester, England. Every last Monday in May, people gather here to roll cheese heads down the hill, then try to catch up with them. One cheese head can weigh as much as 4kg, and roll at an average speed of 100 km/h! There’s a significant risk of various injuries involved, of which the organizers of the festival and participants are aware. Hence, protective gear, helmets, and ambulances at the foot of the hill aren’t a surprising sight during the festival. For those who love all things ‘bright and fiery’, you might want to book a trip to El Salvador, where the small village of Nejapa celebrates its yearly event of ‘Bolas de Fuego’ (meaning ‘balls of fire’).

Bolas de Fuego is a holiday to mark the eruption of a volcano on the 31 August 1922 that made all the residents flee the town. To commemorate the event, locals throw fireballs the size of a palm at each other. The fireballs are made by dipping combustible matter in kerosene, then lighting it. Although no serious injuries have been reported, there are risks to be considered before taking part in this holiday celebration. And here’s another ‘go topless day’ you can take part in! The WNBR was originally introduced as a protest against oil dependency, but its current focus is on promoting the benefits of cycling. It’s held annually in over 74 different nations worldwide. Clothing is optional, and there is no solid rule on covering intimate parts. The Spanish city of Castrillo de Murcia holds a celebration every June to remember the Catholic feast of Corpus Christi. Officially known as the ‘El Salto de Colacho’ or the ‘devil’s jump’, it features different men dressed as the Colacho (devil) jumping over babies who were born in the last twelve months. The babies are laid on white mattresses on the street, and the men jump over them, wearing suits of red and yellow, brandishing whips and oversized percussion instruments called castanets.

The practice is said to cleanse babies of the “original sin”, and guard them against illnesses and evil spirits. The festivities are celebrated all week long. Have a grudge with a fellow community member? Don’t worry, wait for the celebration day and slug it out! That’s correct; there is a holiday dedicated to fighting fellow community members. Every 25th of December, while most of us celebrate Christmas, the Chumbivilcas Province in Peru holds their annual Takanauy festival. Open to men, women and children alike, the festivity’s main features involve dancing and fighting to settle old scores. Dress modes vary – from depictions of colonial slave masters to the majenato dress code, which consists of a mask to conceal the identity of the fighter. The authorities are said to always keep a keen watch on the participants, to ensure that no one gets seriously hurt.

Getting Ready For Different Festivities

Before embarking on a journey to mark a holiday, it’s important to be sure that one can handle the risks associated with some of the events of your choice, especially for those held in remote places. Also, some holidays change dates with the years due to adherence to a different calendar; hence interested people should find out appropriate times in order to plan appropriately for festivals of their choice.