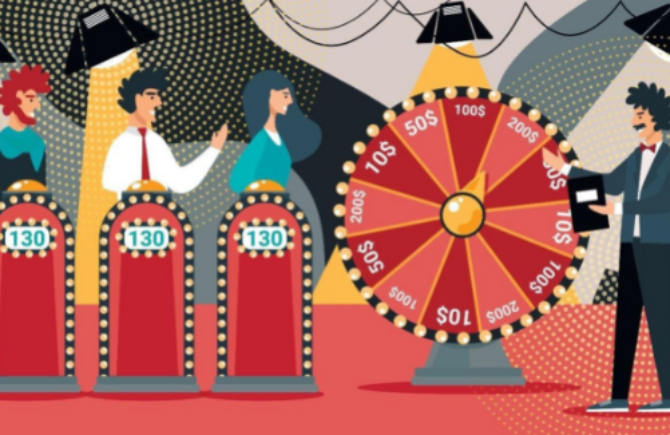 The Most Popular Retro Gameshow Logos 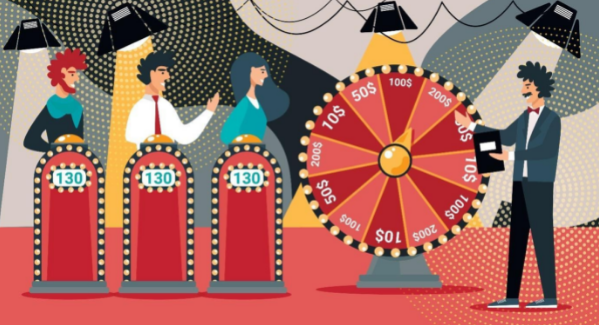 When it comes to British pop culture, the classic game show is the bread and butter of our Saturday night television watching. With hilarious hosts, wacky wheels, and weird and wonderful questions, some of the best game shows are from the TV archives.

And just as iconic as the shows themselves, is the accompanying logo, showcasing everything that the program has to offer through its colors and typography. Encapsulating logo trends of the time, as well as the entertainment factor of the show, let’s take a look back at the most memorable logos of our favorite classic game shows.

Supermarket Sweep originated in America in the ‘60s, in this legendary game show, participants must answer questions to accumulate time, which goes towards a mega dash around the supermarket set, with the aim to have a filled shopping trolley of the highest value.

The concept of the show was so simple yet effective, and the logo matched perfectly to this ideal. In America, the show began at a time when things were shot in black and white, but when a revival came in the ‘90s, the logo embraced color and emphasized the speedy dash for stash that the contestants took part in. This was achieved through the icon of a dashing trolley, which is still incorporated into the logo today.

Compared to its British counterpart, the American logo comes across as quite simple. For the introduction of Supermarket Sweep to the UK residents, the logo was influenced by the ‘90s logo trends of bright colors and quirky fonts. The emphasis was placed on the word ‘SWEEP’ which was broken up by statement diamond symbols.

Fast-forward to today, and the UK show has seen a complete reboot with a new host, although the basis of the game has remained the same. The present Supermarket Sweep logo still gives that retro vibe with a neon-light effect, but now takes inspiration from the American version, with the addition of the speedy supermarket trolley.

One of the British public’s favorite prime time game shows is a true classic, and is of course, Wheel of Fortune. Also based on a show originally produced in America, it hit UK screens in 1988, presented by Nicky Campbell. The game was based on contestants trying to guess a hidden answer by revealing letters, familiar to that of a game of hangman.

It also featured the iconic wheel, that has gone on to influence so many other TV shows and online games. The wheel featured multi-colored segments labelled with different points, which was spun by the participants in an attempt to win the highest prize and a chance to guess a letter. As a statement part of the game, and the title of the show, the wheel understandably had to feature in its logo.

Over the years, for both the US and UK, advancing technology has meant that the Wheel of Fortune logo has seen a few makeovers in terms of color palette. It was either adorned with gold to represent the fortune to be won, or was multicolored to emphasize the rainbow wheel used within the game. Either way, the basis of the design has however fundamentally stayed the same, right down to the font, and has always included some form of the renowned wheel icon.