I was really excited that I got to sign up for The Color Run before it sold out. I had never done a 5K before, and I didn’t run this one, but it was still really awesome to participate.
I did it with my friend, Jenn. It was actually at the National Harbor, not downtown DC like I thought it would be. The color blasting went in order of pink, orange, yellow, blue. My favorite color blasters were the orange group… they were pretty aggressive with their bottles of color. But there was a pretty good quote that came out of the yellow station, though: “…but up there is an angry Mexican who will give you all the yellow you desire”. And there was a guy with a scowl on his face… but it’s hard to keep an angry expression when you’re holding a bottle full of yellow. 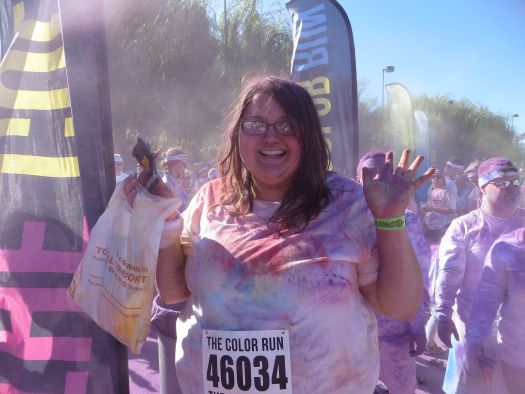 I had three favorite parts: 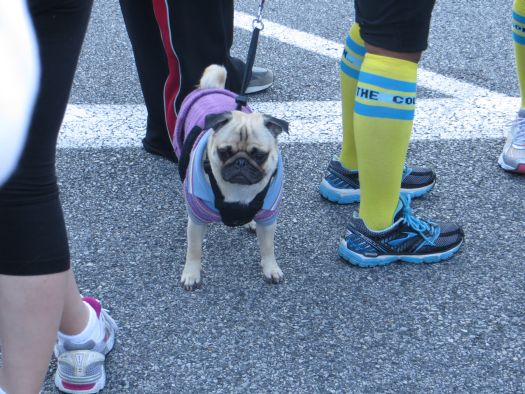 2) The bird in the water, sitting with its arms out.. enjoying the wind 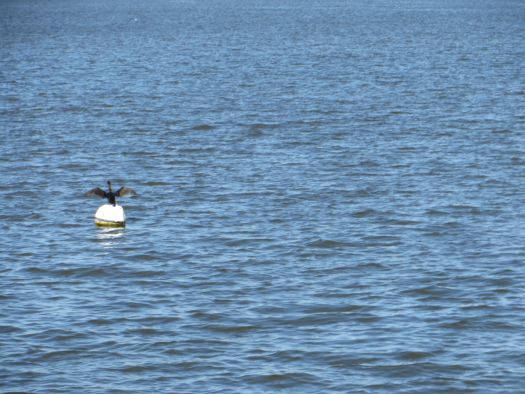 3) After the race, when everyone opened their color packets simultaneously and you couldn’t see anything but purple. 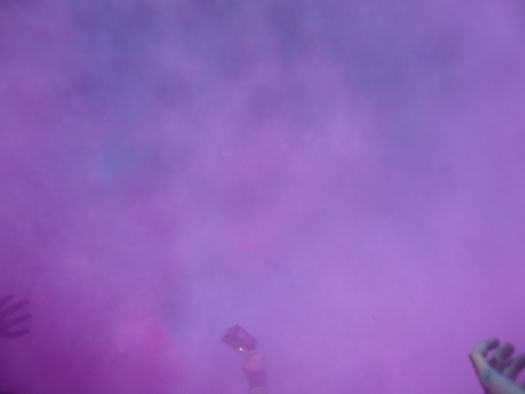 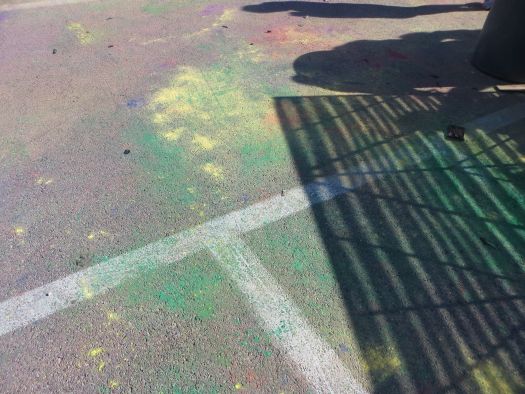 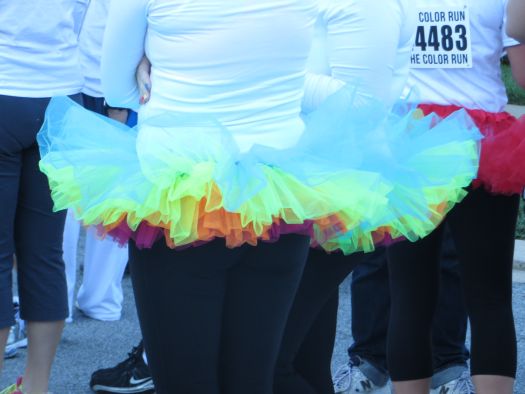 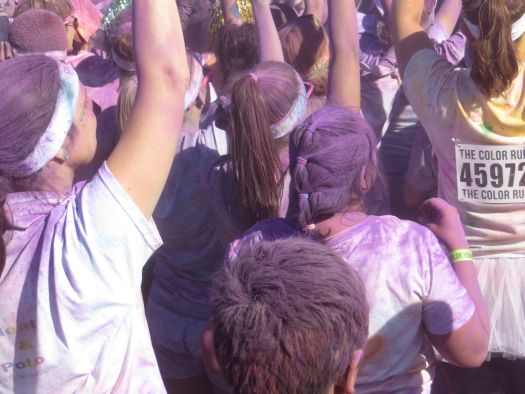 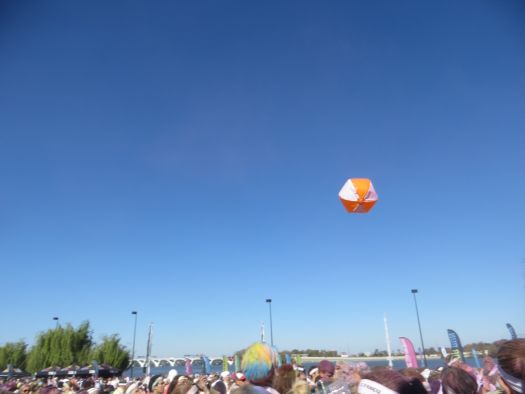