Tie A Note To A Balloon And Let It Go

One of the items on Michelle’s 25 Weeks Project was to tie a note to a balloon and then release it into the world. So obviously we decided we needed to do this together.
On Wednesday I met her at the National Mall and we walked to the Smithsonian Institution, otherwise known as The Castle, and into the Moongate Garden. We asked a lady who was with her friend to take our picture as we released them. She did a really great job. Our balloons were too heavy, though! Well, mine definitely was. I had to take my note out of the envelope and even then it was heavier than June’s.
They flapped around in the wind a bit before we got a current that allowed us to feel somewhat comfortable about them being taken from us. Michelle’s went into the sky much faster and higher than mine, but eventually we couldn’t see either of them anymore. We both hoped that later in the day we would see someone walking around with the balloon but that didn’t happen. We both feel kind of bad about littering, but I promise I will pick up the next piece of litter I see to make up for it. It was a good feeling.
I included my e-mail at the bottom of the note and I will definitely update if someone contacts me. 🙂 Go here to see Michelle’s take on the experience. 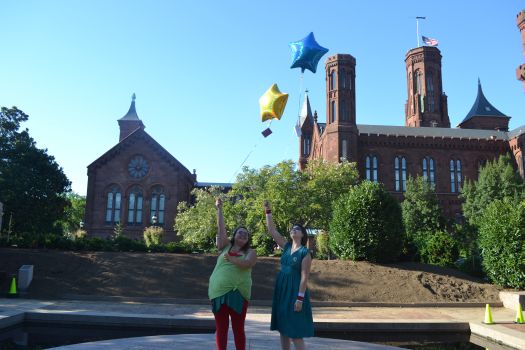 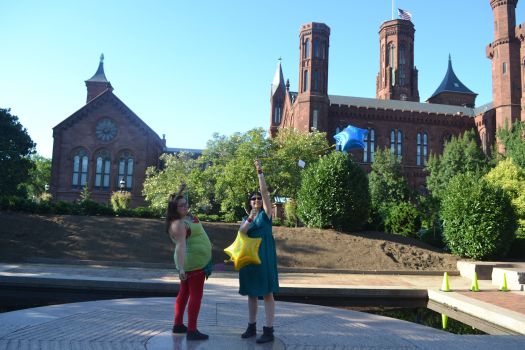 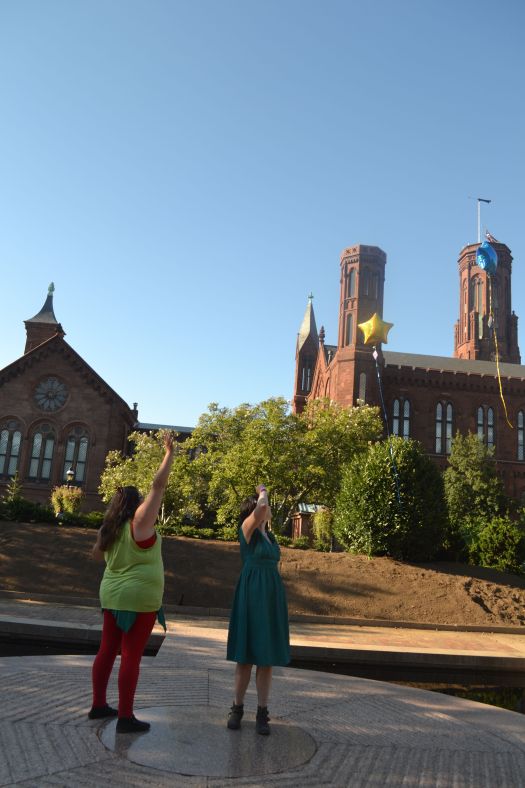 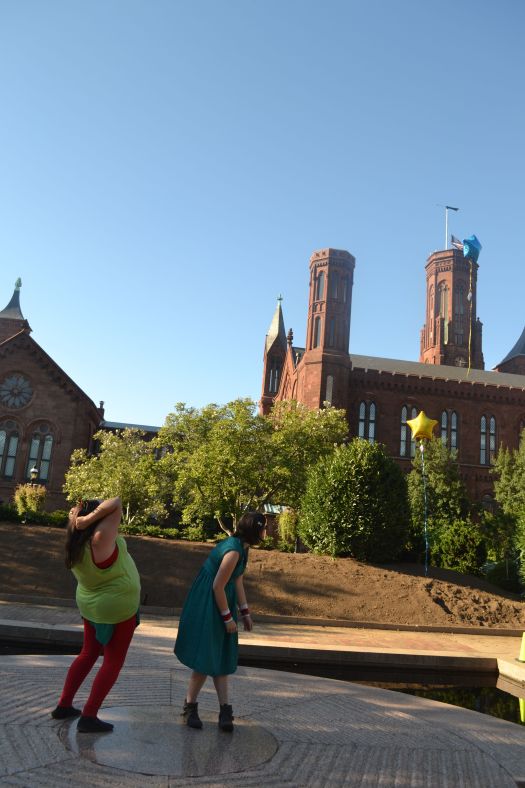 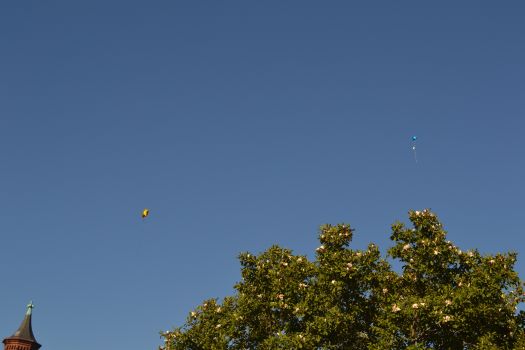