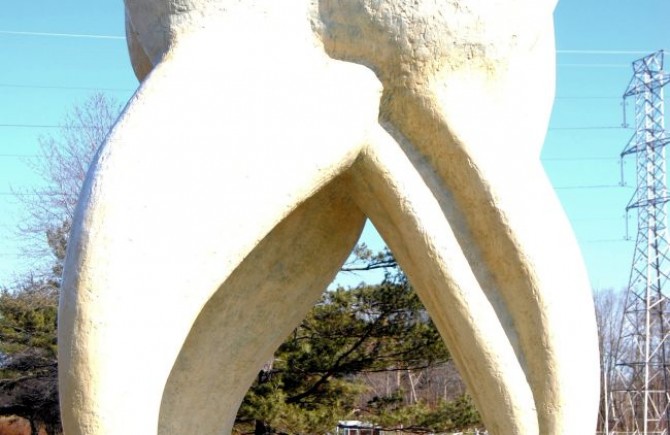 Every so often, I share some of the roadside attractions that are listed on Roadside America. Spending time off the beaten path to discover strange things is one of my favorite ways to live creatively. So far, though, the attractions I’ve shared have all been in Maryland and I wanted to take the opportunity I had to share some things from other states! On my way home from Bridgeport, Connecticut where I was in town for the Monarch Workshop, I stopped in a bunch of cities in four states. The four hours it usually takes to get from Bridgeport to Baltimore ended up taking eleven, and it was totally worth it! Take a look! 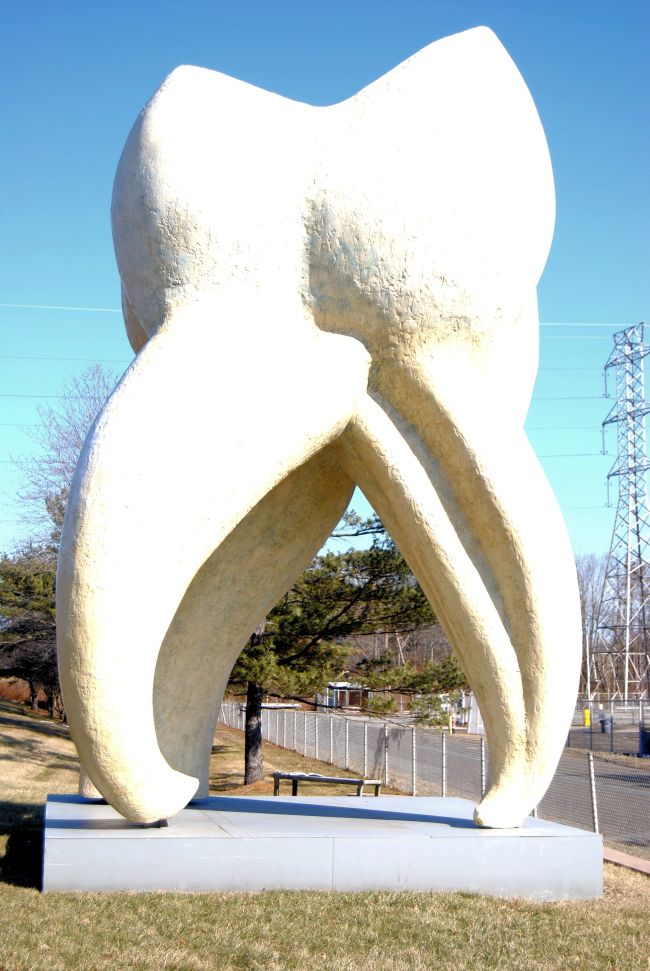 As I approached this massive tooth, I was excited for two reasons. One- I had reached my super fun destination, and two- there were people visiting it, too! I parked in a vacant half parking lot a quarter mile away and walked down the grass to the tooth to realize that those people are actually statues! They look really confused at what they’re seeing. 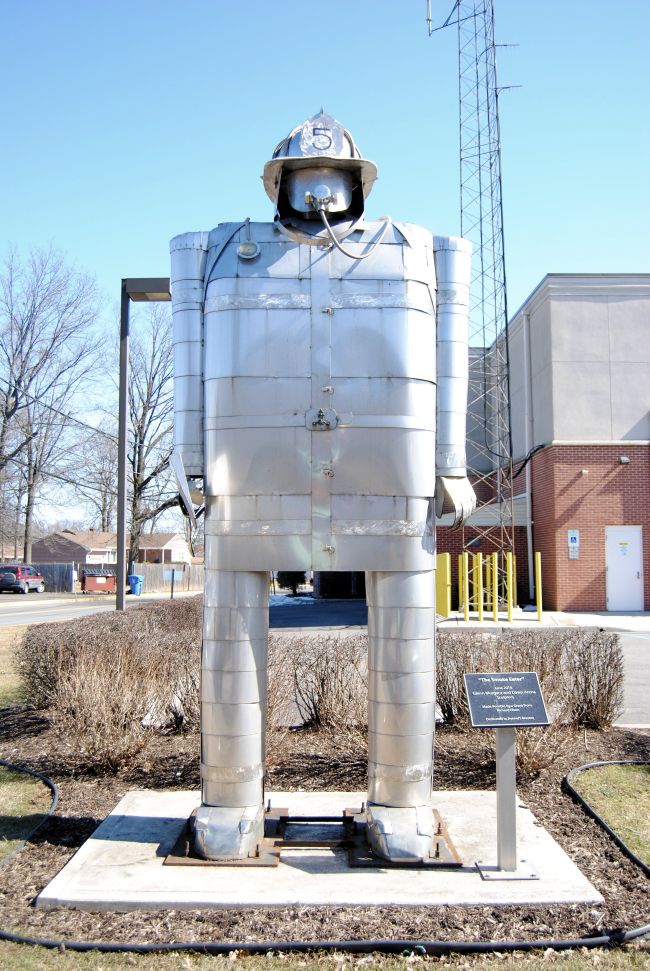 This was a fun one! I feel like all fire stations should have giant robot firefighters outside them. It’s right off Route 1, and there’s a parking lot in front of the station where you can park. 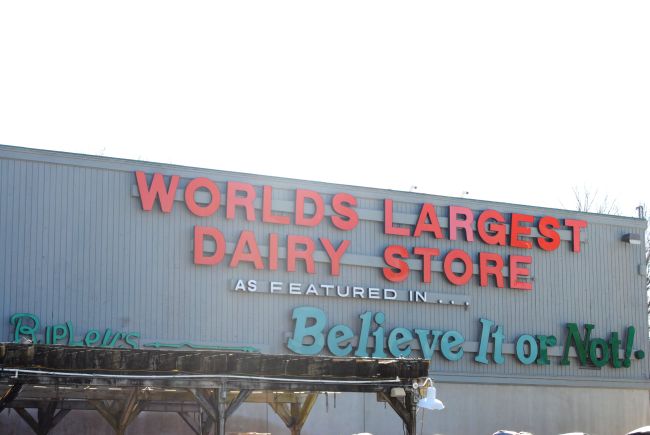 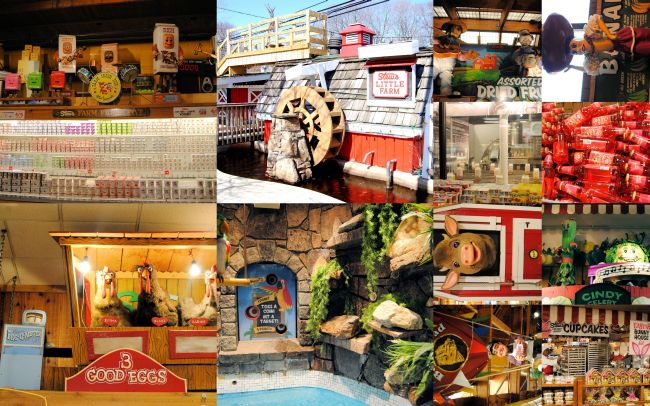 This isn’t just a dairy store, it’s a regular grocery store! If you live around there, you can just go there every week to get your food! The store is set up like Ikea, so there’s no aisles and you kind of have to walk through the whole store. There are animatronic singing animals and food in each section, with countdowns to the next “showtime” where they will perform a silly song for the customers! There was a lot of interactive stuff like buttons to press, and after the cash registers there’s a pool of water with a fake talking parrot where you can throw a coin in. I didn’t have any coins, but an Eastern European man let me have a couple and I got one point by hitting the right dish on the wall! We high-fived. If you’re going for the first time, the entrance is not under the main sign. Keep walking left. 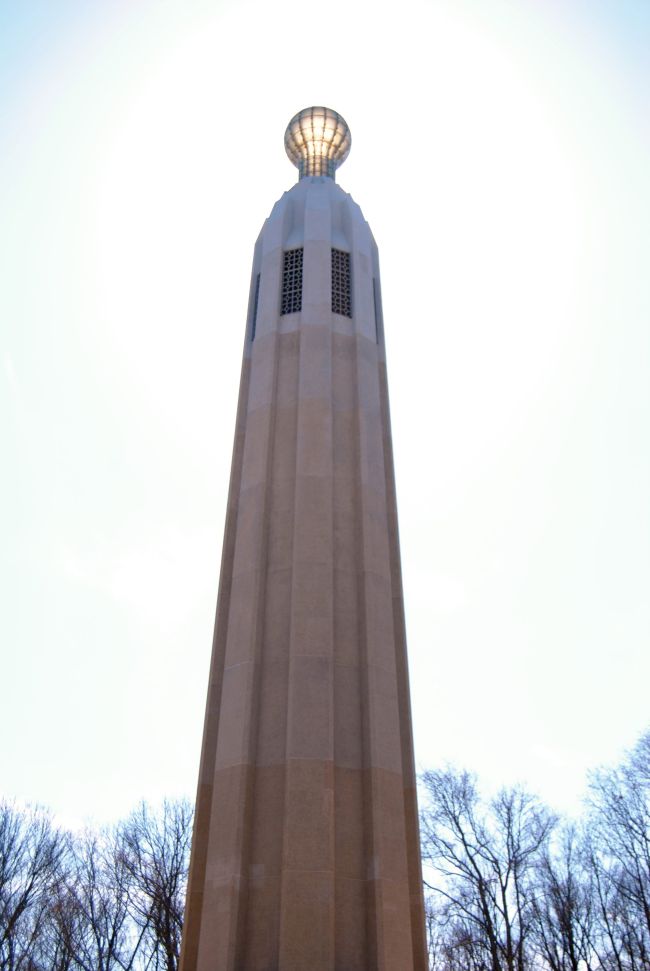 Of course the biggest light bulb is in a town called Edison! This is just on the side of a not-very-busy road. I hovered on the other side of the street with my hazards on to take some photos. It looks like there’s a little info/visitors center nearby, but it wasn’t open when I was there. 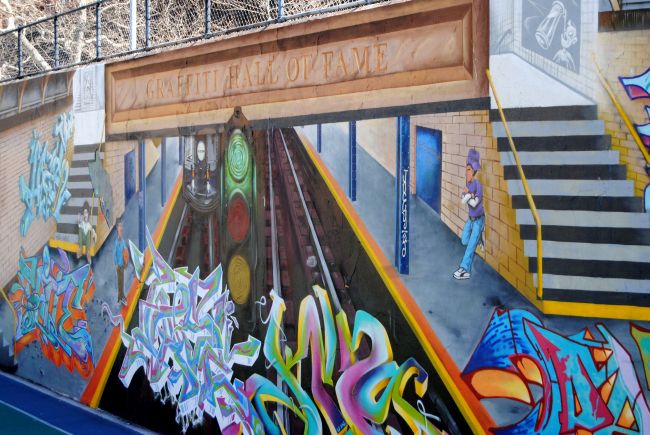 Be warned that this attraction is within the fenced in playground of an elementary school in Harlem. Parking was horrible, and I ended up giving up to park illegally temporarily. I also looked like a total creep sticking my photo through the fence to take photos since it was noon on a Monday and there were tons of kids outside playing! Haha. 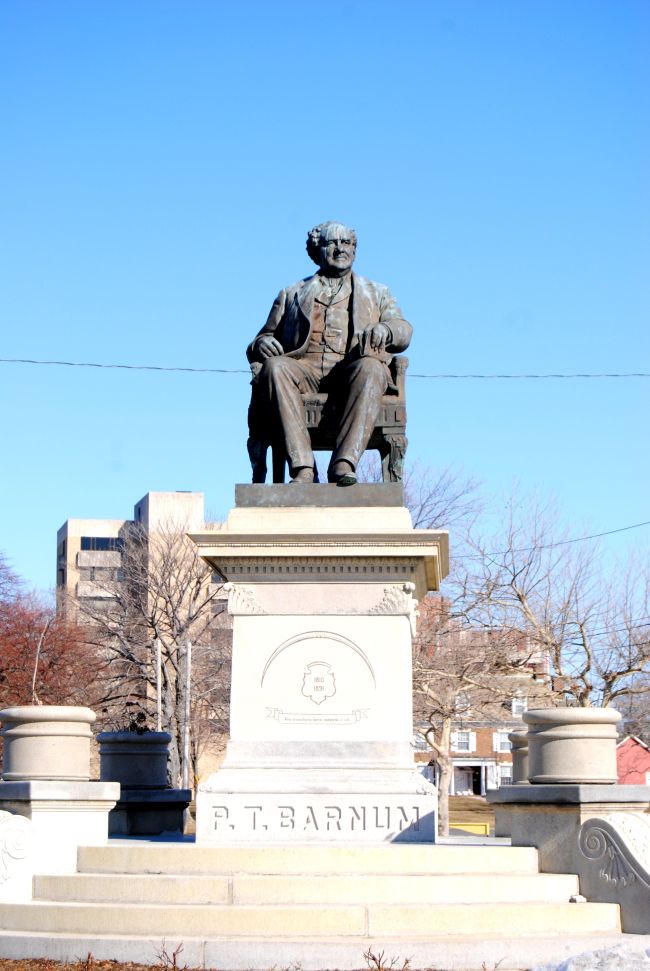 This is located on a little bend inside a park near the water. There are actually a lot of other statues along the same road, and I’m not sure why this one is noted as the most special. The founder of the famous circus is from Bridgeport, though, and I’m sure they’re proud of his legacy. 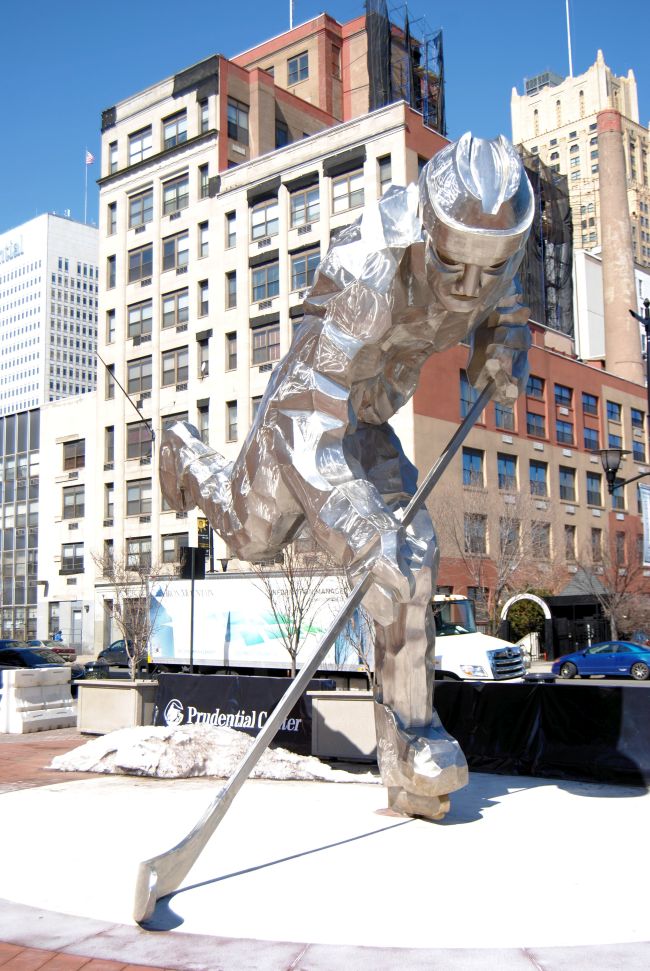 This large athlete is on the corner of an open quad-type area downtown. It’s pretty busy and parking was difficult. Newark is generally kind of creepy, but I’m glad I stopped to see this guy. 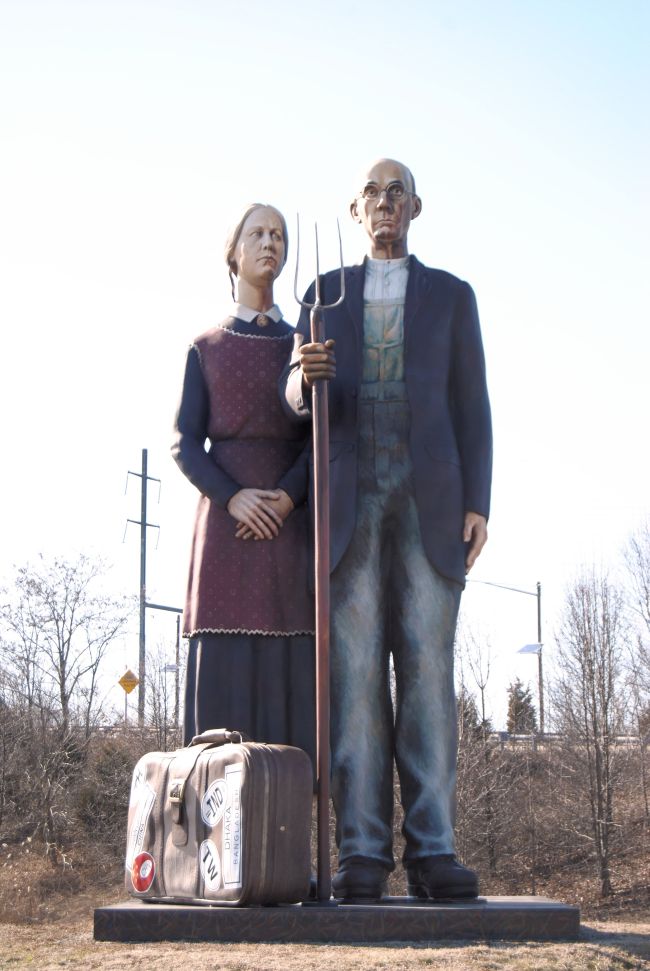 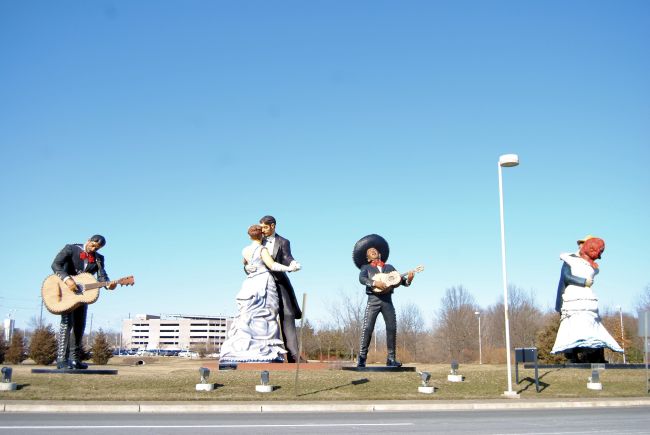 These gigantic statues are very, very close to the tooth I shared above (but these statues are clumped together on the site). There’s a little gravel lot you can park in to see the American Gothic recreation, but not as much luck for the dancers. I definitely recommend taking a trip here, though. Lots to see in a very small space. 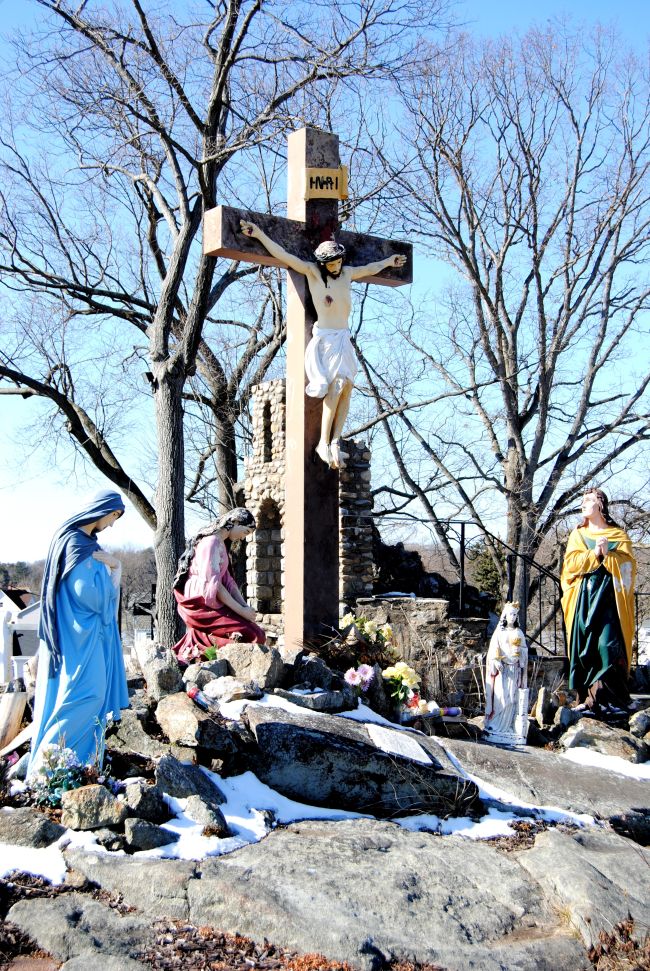 This is in the back of a church parking lot. It’s kind of creepy, especially if you’re not Christian) and you can walk around. I’m not sure if it’s generally open to the public because one of the pathways was roped off (but it could be just because that was the one big enough for a car to travel on), and there’s security cameras. There were definitely people inside the church, though, and no one came out as I took my walk through. 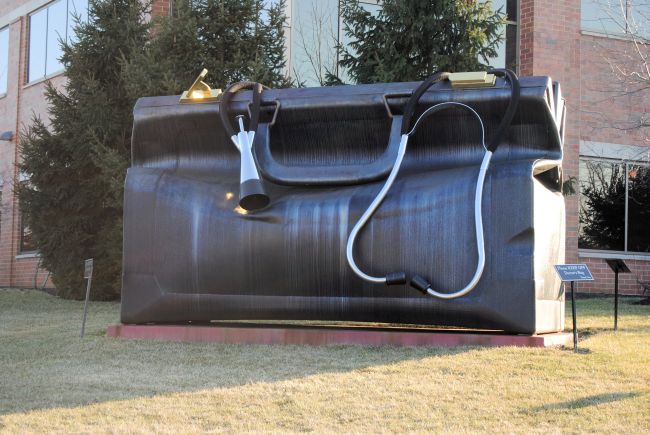 The GPS made this insanely hard to get to. To get to this business complex you have to go down a windy road that starts like a half mile away from what appears to be the entrance to this place. It’s a pretty fabulous installation, though, and I recommend it.

Which one is your favorite?