I’ve had a little memo pad app in my phone for months and months now of places and things that I want to photograph. The majority of these things are less than fifteen minutes from my house and every time I drive passed them I think “I need to take a picture of that!” but the more times I didn’t do it, the easier it was to not do it the next time either.
Saturday was my first weekend day of no more school and I was planning to just go mail a package and check my PO Box but once I was out I decided that I was finally going to go take pictures of the things on my list.
I’m dividing this post in two (more on Thursday!) and today I want to show you the back of a seafood restaurant, a tattoo parlor, and the outside of a hardware store.
I give my city a pretty bad rap most of the time (and by that I mean Glen Burnie, not Baltimore) but there are definitely some plus sides to it and obviously there are some fun things here. There is a Mo’s Seafood Restaurant in between Crain and Ritchie Highway. It’s not as nice as the locations in Baltimore but there is a great mural on the back of the building. I parked my car in the back and took some pictures of under the sea themed mural. I also set the timer on my camera and ran across the street to get me in the shot. The bad news is that the longest I can set my timer for is 10 seconds and there were cars going by. But I’m not even mad about it. 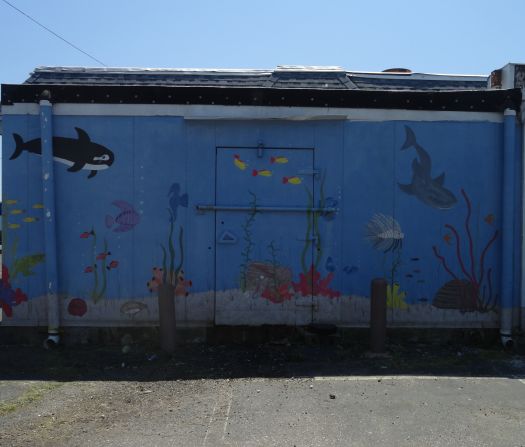 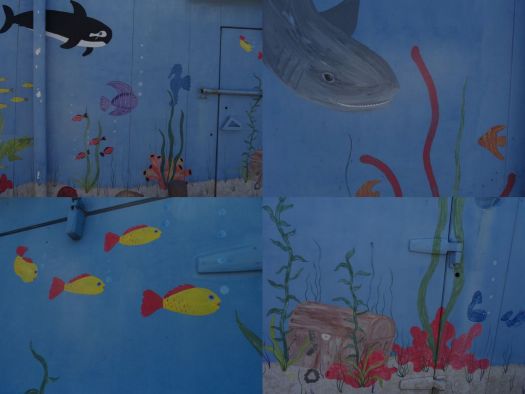 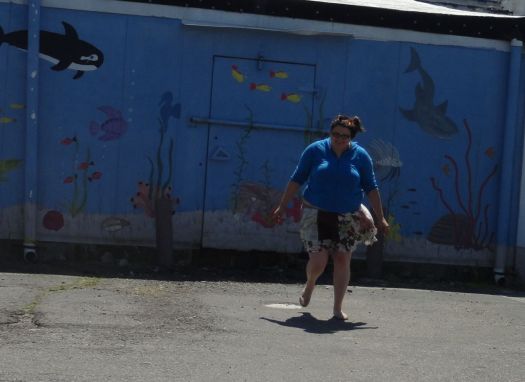 The next place is a tattoo shop called Nameless in Ferndale. To the left of the shop there’s a bunch of faded pennant banners and they looked gorgeous in the wind. 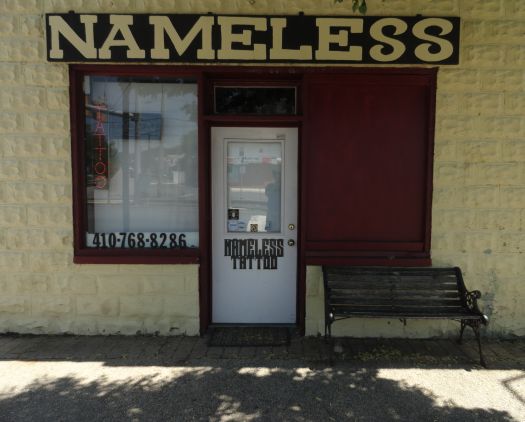 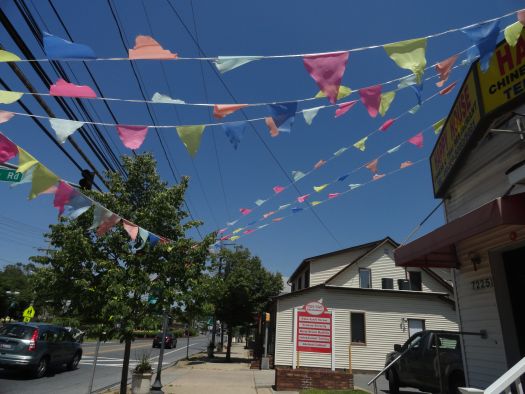 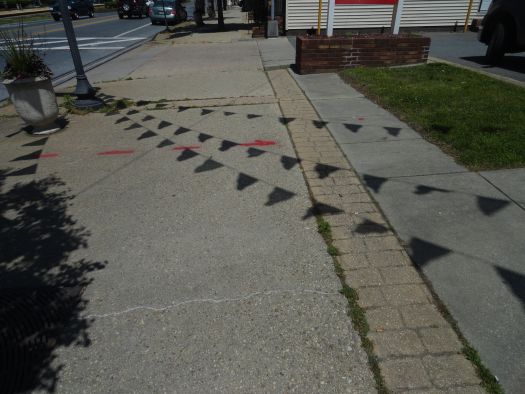 The best part of this post is the unexpected hardware store. I had to park next to it to get to Nameless, and right out front there is an assortment of toilets. I thought it was really funny. They also had a hilarious T-Rex/caulk poster and a huge interesting shed out back. 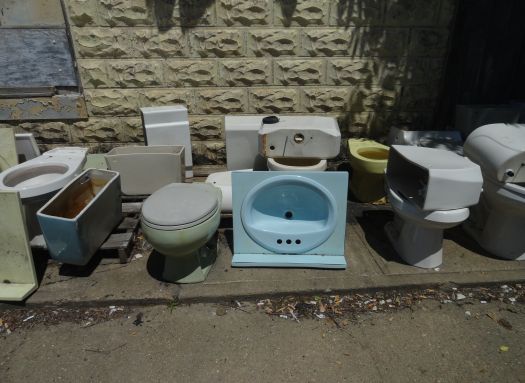 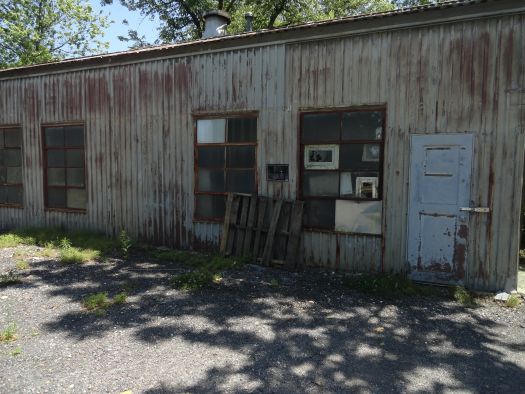 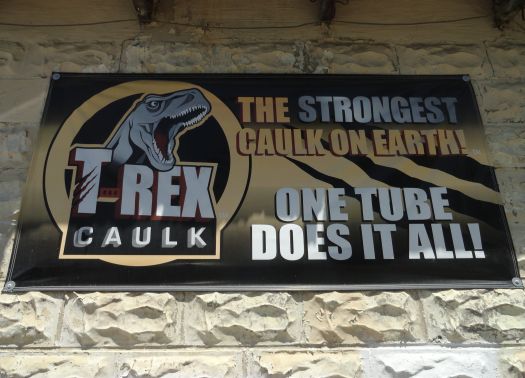 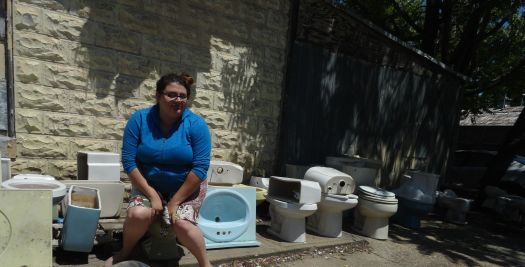 And I know you guys have been waiting to see me sitting on a toilet surrounded by other toilets, so HERE YOU GO. Please stop asking. 😉
I had an incredible time that morning running around town. I felt like it was a time to do everything that I’d put off doing, now that I have the time to do it! It’s a liberating and wonderful feeling.
Is there anything near your house that is really unusual or interesting?
in Uncategorized 22 May 201222 May 2014 0 comments
Share