I should say, for the record, that I don’t care about football. I actually don’t really care about most sports. But I like when the morale of the entire city is up, so I wanted to participate in that. Everyone around here is pretty excited about the Ravens being in the Superbowl today, so I decided to make a yarnbombing to celebrate it. 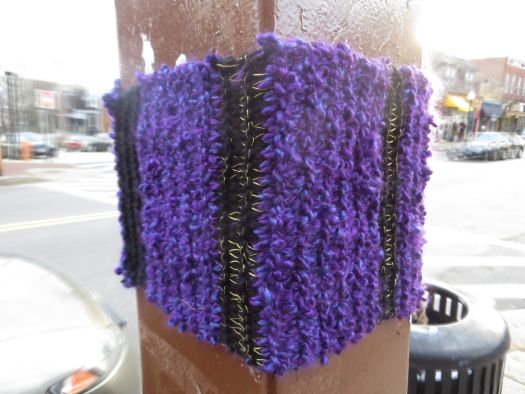 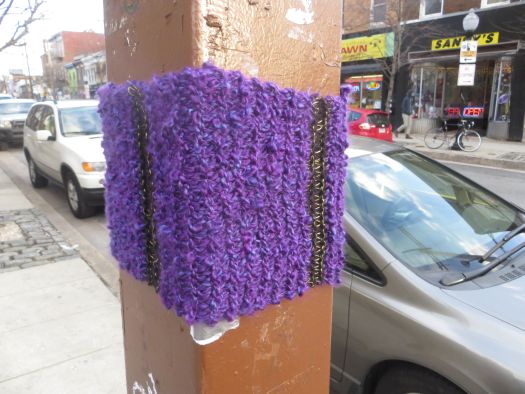 Also, I’d like to add that I think it’s great to celebrate when your team wins. However, I think it’s extremely silly to be disrespectful to every other team that plays the sport that you apparently care about so much. Because, in reality, the reason most people root for one team is due to the proximity that team is to your house, or someone you respected also cheered for them. So it just doesn’t seem fair to hate other teams for actually no reason. That’s all.

I’ll probably watch the Superbowl tonight, while switching back and forth to the Puppy Bowl.