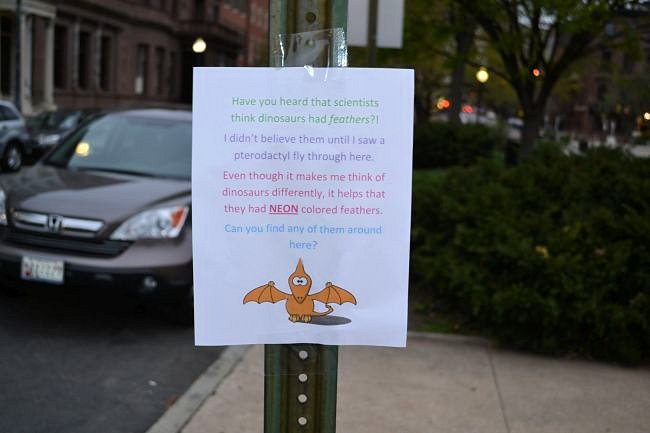 I’ve always liked dinosaurs. When I was a kid I watched Fantasia six times a week, and if anyone was talking during the dinosaur scene, I threw a fit. “Land Before Time” and “We’re Back” were other movies that frequented my VCR, and to this day I still respond “Long necks!” when asked what my favorite dinosaur is. 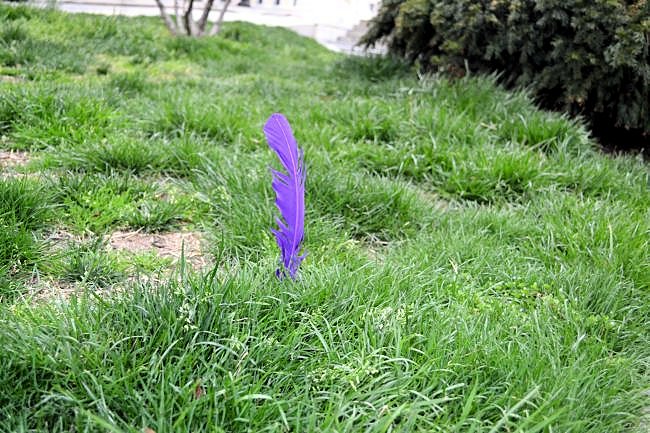 Recently, I found out that years ago scientists decided that dinosaurs most likely had feathers (not scales). This has made me sad, because it redefines how I visualize them. The good news is that I don’t actually have to change my perception of them. However, as a gesture towards science and dinosaurs, I created a little installation that was intended to be fun and interactive. 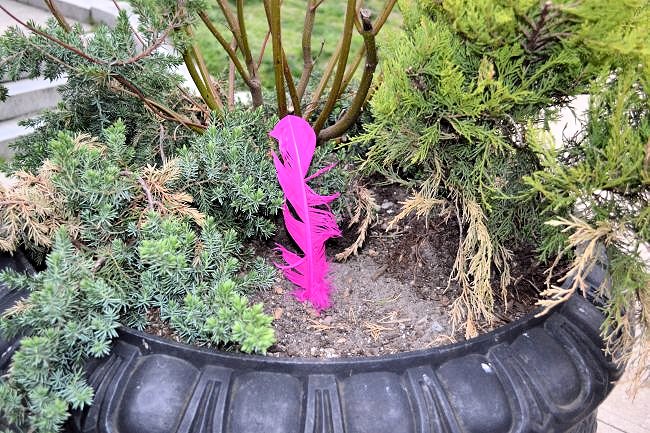 I put up about four flyers around a park in Mount Vernon, letting people know to keep an eye out for pterodactyl feathers. Then I spread giant neon feathers all over. 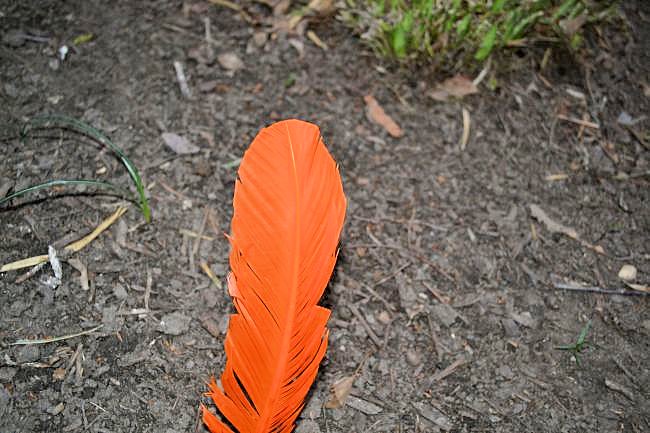 I hope that even if passersby didn’t see the flyers, that the pops of color from the feathers made them smile.