By now, you know that I love mail. One of my first experiences with exchanging mail with strangers was Postcrossing. I haven’t really been active in Postcrossing for about a year, and that’s for many reasons. One being that international postage is expensive, and another is that I more enjoy sending mail to people I know at least a little. At this point, I have received over 1,000 cards through this website, and I’ve been trying to think about what I’m going to do with all of them.
Throwing them away seems silly. Even if it’s an image that I don’t particularly enjoy and the back just says “Happy Postcrossing”, I still don’t feel great about recycling them. But, re-purposing them is different. I went through my shoe boxes (which are organized by country), and decided which cards I felt I could part with.
From those cards, I decided which would be better as an “image card” or a “message card”. Finding the “message cards” was more difficult, and I chose these based on added decorations, color, and actual content of the message. Then, I organized the cards by region, and strung them together into mini “galleries”. I put them up all over Baltimore, with signs explaining what the installation was, and encouraging people to participate in snail mail.
Galleries: 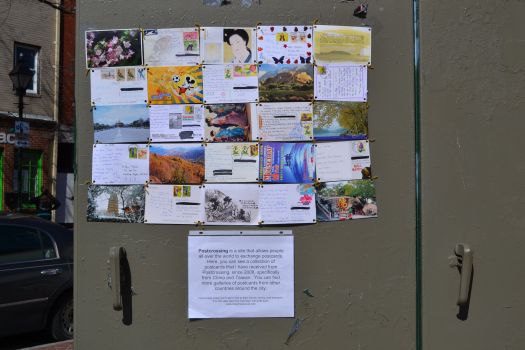 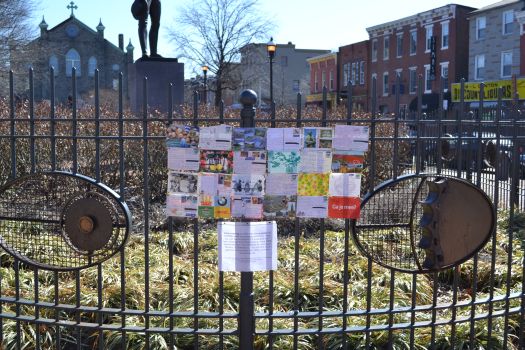 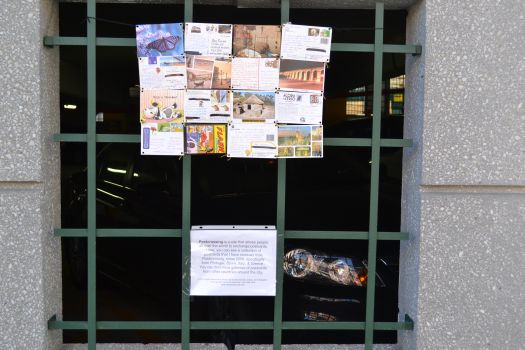 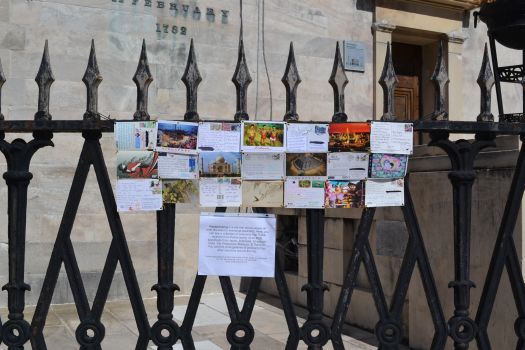 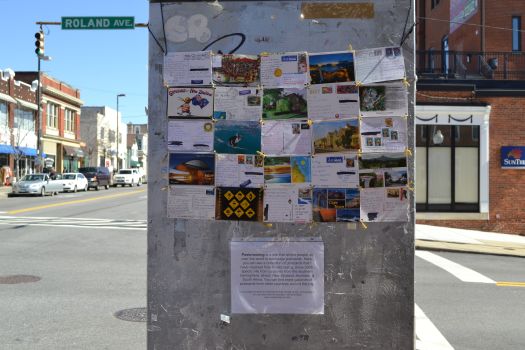 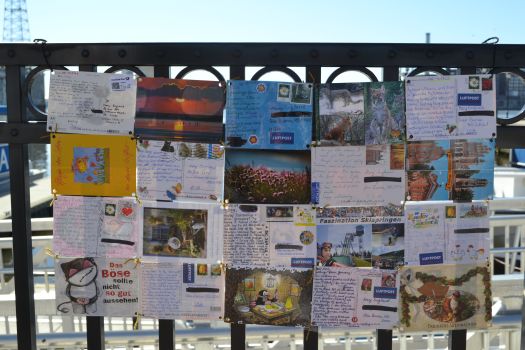 Fells Point
Here’s some close ups of the cards: 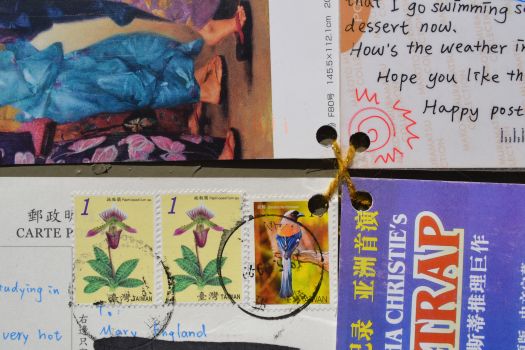 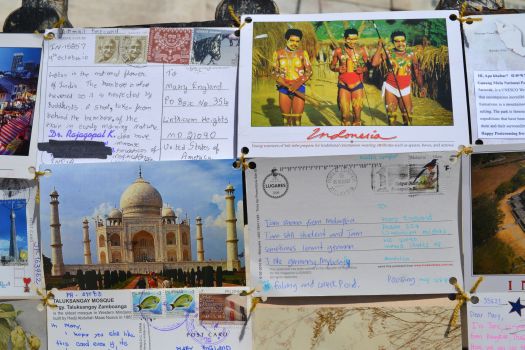 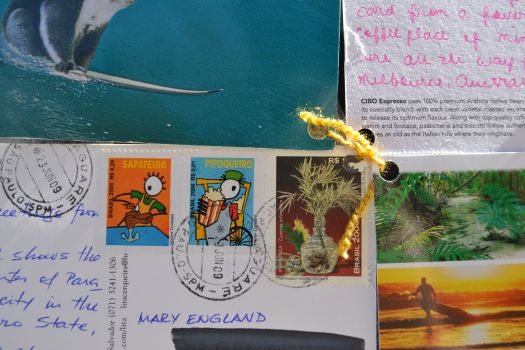 And here’s an example of the signs that accompanied each installation: 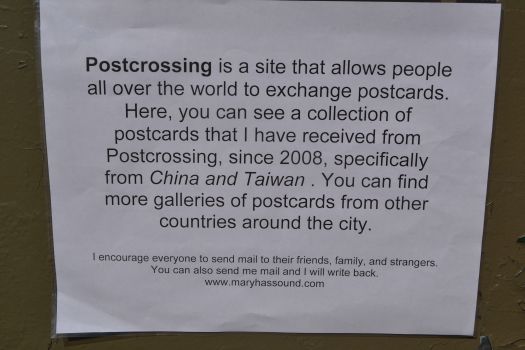 Based on my supply, I divided the cards up geographically. Some I had enough to just do one or two countries of, and others I had to make more general.
The regions I selected were:
+ China & Taiwan
+ The Netherlands, Denmark, Norway, & Switzerland
+ Germany
+ Portugal, Spain, Italy, & Greece
+ Japan, Indonesia, Singapore, India, The Philippines, Malaysia, & Thailand
+ Brazil, New Zealand, Australia, & South Africa*
* = All countries in the southern hemisphere (a bit of a stretch)
How do you store your received mail?
Would you stop to look at a gallery like this on the street?
in Snail Mail / Street Art 26 Mar 201309 Nov 2013 0 comments
Share
Post tagsBaltimoreinstallationsnail mail