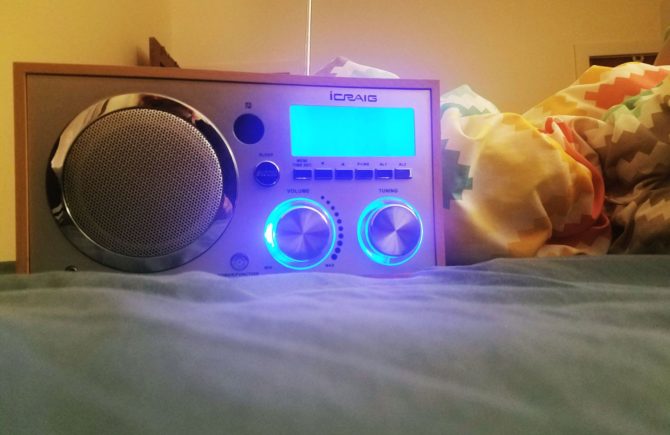 Something you probably don’t know is that I didn’t start out as a psychology major. I went to college with the idea that I was going to be a radio DJ. Everyone in high school told me I should be a talk show host, but there wasn’t a major for that, so I decided to major in communications and changed majors when I interned at a psych rehab that changed my life. I wanted to be a radio DJ really badly for a good amount of time, and when Baltimore’s NPR asked me to come in to do an interview about my Scarf Abandonment Project this year, I was pretty excited. I woke Joe up super early, put on pajama pants and a hoodie and had my car keys in my hand and he asked what I was doing because I was headed to the car to listen to the interview since it was about to air in 5 minutes. He looked at me like I was insane and brought up an actual radio and plugged it into the wall and tuned it to 88.1 WYPR so I could hear myself talk on the radio. To be fair, it wasn’t technically for the first time because I’ve heard myself request songs on the radio and win things, etc (because I was born in the 80s and I remember standing with my hands hovering over record and play at the same time to make the perfect mix tape), but this was different. This was super special. I told Joe once I’m famous I won’t make him listen to all my interviews and that “the first time hurts a lot, but after that it gets a little easier”. (He was sleepy.)

If you wanna listen to the interview you can check it out below.

Do It Yourself — For A Cause