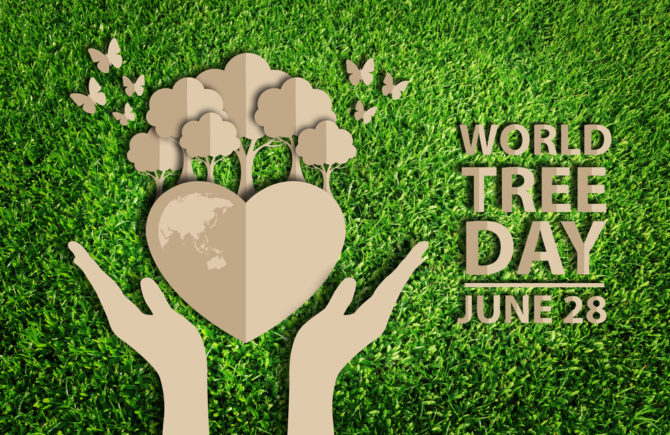 National Tree Day All Around The World Started in Australia in the year 1996, National Tree Day is celebrated on the last Sunday of the month of July each year. It is the country’s biggest tree-planting affair; various communities are witnessed coming together and making efforts to bring about a positive difference in our ecosystem.

We witness people planting trees during this event and celebrating the glory of Mother Earth. We also see people spending time amidst nature settings and uniting for the protection of the country’s natural reserves. The sole purpose of this “Big Day” is for keeping them healthy and making the world a better place to live for the future generations.

Celebration of the National Tree Day The whole world awareness on saving the green environment is flourishing.

Australians view the occasion as doing their bit for the community and being grateful for the wondrous offerings of nature.

Nowadays, schools also host tree-planting expeditions on the last Friday of the July month and is referred to as Schools Tree Day. This year the Schools Tree Day will be held on 28th July 2017 and National Tree Day falls on 30th July 2017. Liverpool City Council is also urging the Liverpool residents to join them in the endeavor of increasing the neighborhood’s green cover.

Toyota primarily sponsors the “National Tree Day.” The co-founders were Olivia Newton-John and Planet Ark back in the year 1996. Planet Ark is directing their efforts to bring people together for the purpose of planting 1 million plantations throughout the country.

Every year a huge percent of the population volunteer to partake in environment-friendly activities and spread awareness about the dangers of polluting the surroundings and the measures that should be taken for protecting the natural resources. The day is about spending time at the outdoors, getting familiar with the community, and having an enjoyable time.

India has also started celebrating Tree day from May 15, 2016, onwards as a mark of protest against the government’s decision to chop down trees surrounding KBR National Park.

Additionally, the United Nations General Assembly commemorates the International Day of Forests on 21st March each year for highlighting the role that trees play in nurturing humankind. The primary aim of National Tree day is about bringing communities’ closer and taking a pledge for working towards a single goal: beautifying our planet and conserving its resources. The main objective of safeguarding Earth is to benefit humanity and to make the world a beautiful haven for the generations to come.