By now, you probably know how infatuated I am with the organization Improv Everywhere. If I ever moved to New York City, it would be completely because that’s where they are based. So, obviously when their events come to DC I make it a point to attend (like the No Pants Subway Ride)!

This past weekend, Improv Everywhere teamed up with Vocus to bring DC one of their extremely interactive scenes: the MP3 Experiment. Basically, you receive a link to download an audio file onto your iPod, phone, or whatever. Can you listen to it? Sure, but you really shouldn’t. It’s way more fun to be surprised. Plus, if you need any props, they let you know in advance.

For this past weekend, we were supposed to wear a solid colored shirt in either red, blue, green, or yellow, and bring a single dollar bill and sheet of white paper. When you got the the National Mall, you were to find one of the volunteers in lime shirts and receive a prop from them. (I actually missed this part because 95 was a real piece of work, and they were out when I got there. The props were bright green capes that read “BE SUPER” on the back. If anyone has one they don’t want, I will pay you for it!)

We had all synced our clocks with theirs, and at 3:00 exactly, we collectively hit play. From there, the ominous voice of “Steve” guides you through a forty minute adventure with hundreds and hundreds of strangers. He instructs you to do fun and silly things, and the greatest part, if you haven’t figured it out already, is that the people nearby who aren’t involved have no indication of what’s coming next. 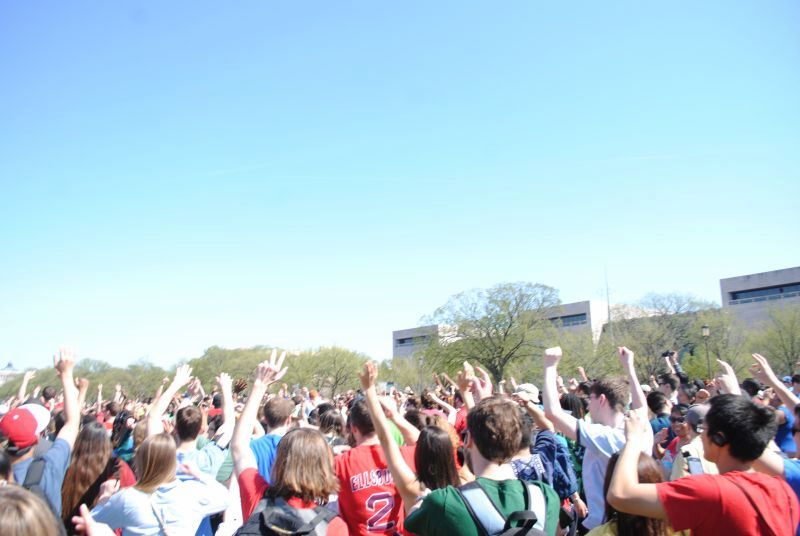 Things Steve had us do included giving dollar bills to strangers, waving to the sky, and playing a version of “Simon Says”. Imagine hundreds of people in an open field standing on one foot and holding their nose! We played freeze tag, ran in slow motion to high five each other, and periodically laid on the ground to take a nap. 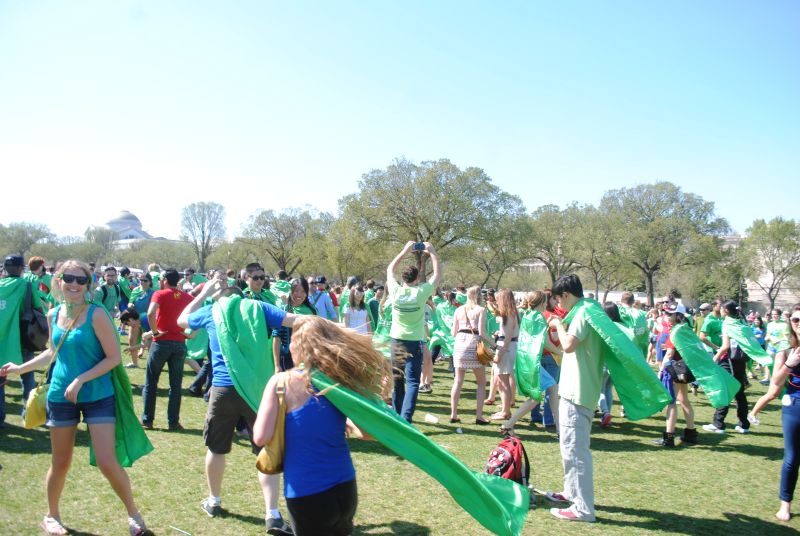 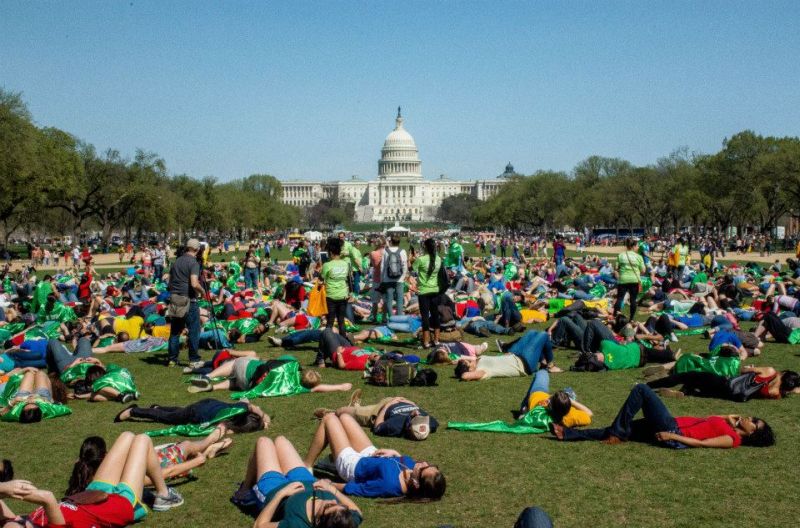 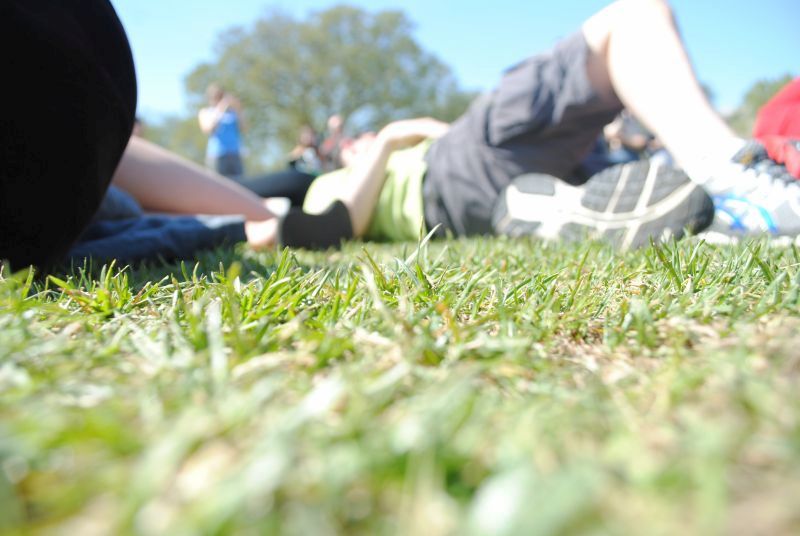 Steve had us separate by color at one point, to create a bullseye. “Everyone green clump up in the center of the crowd. Now red around the green. Now blue. Oh wait, red should be at the center of the bullseye…” It was so funny watching the red and green groups switch within such close quarters. And what about yellow? (You might have guessed that’s what color I dressed in…) We were the darts! Make your way to the center of the bullseye! It was harder than it sounds, let me tell you. 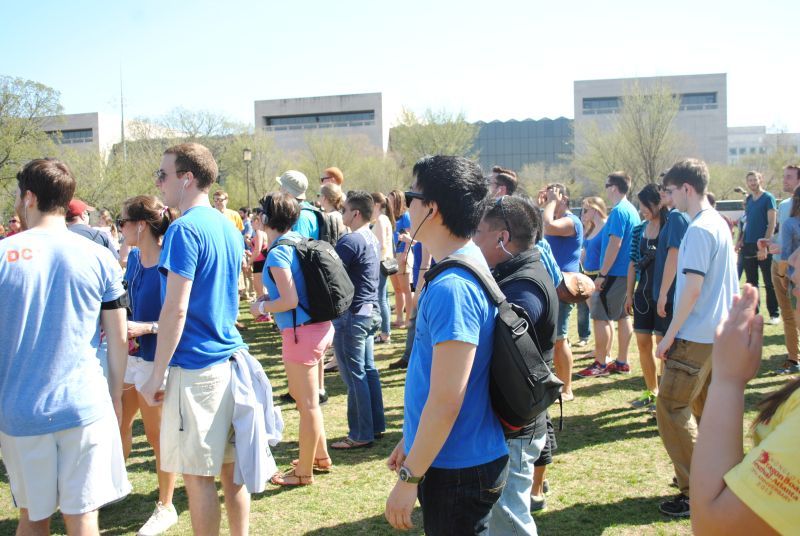 Now we’re in this giant close-knit clump and we have to mix ourselves up by color. Why? To play human Twister of course! When Steve said “yellow elbow”, I had eight strangers grab onto my elbows. It was awesome!

Even though I never got a cape, I was still able to help the group create a giant canopy over us. Don’t let in any sunlight! 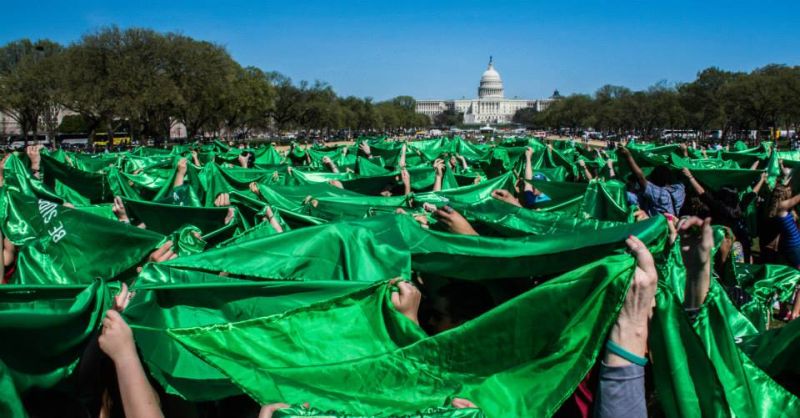 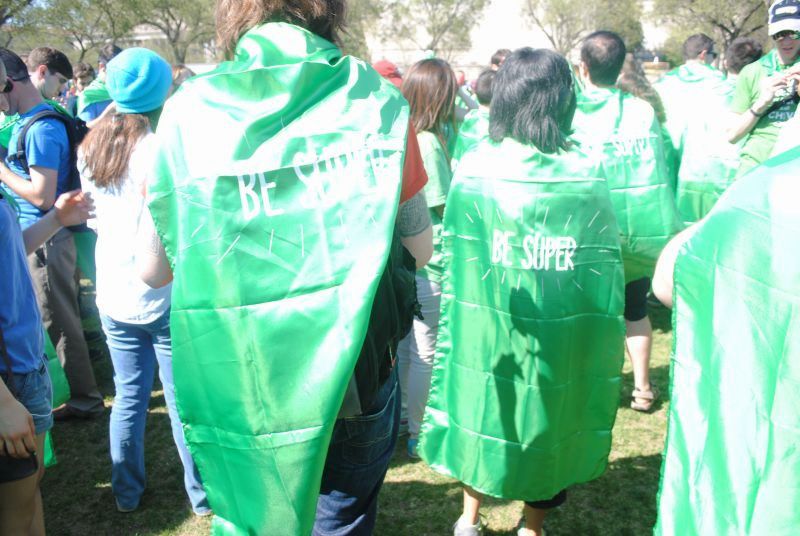 My favorite part of this experience was definitely the paper airplanes. We had time to fold our planes and then were instructed to throw them in the air at the same time. When a plane landed next to you, you were supposed to pick it up and keep throwing until you were told to stop. If I’m being honest, I never picked up another one. I was completely entranced by these white creations flying over our heads, in front of the Capitol building, while this epic music played in my ears. I wanted that moment to go on forever. 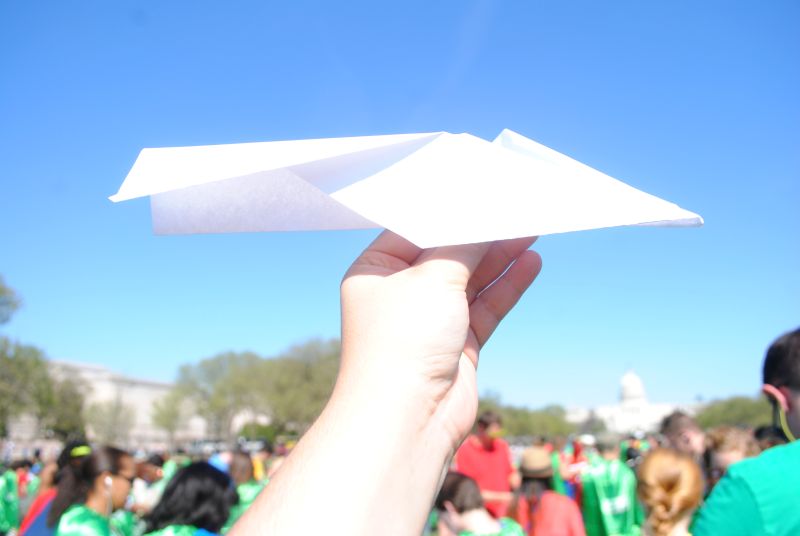 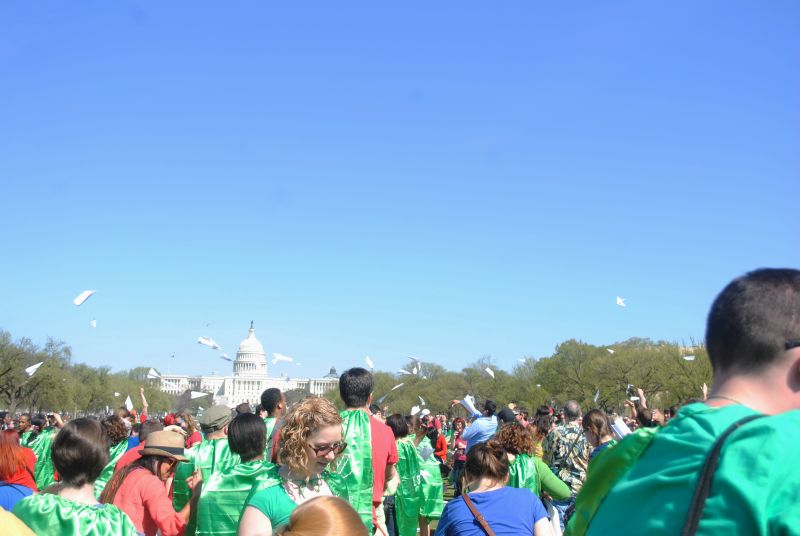 I’m very grateful to have had this experience, and if you ever get a chance to be a part of an MP3 Experiment (or any other Improv Everywhere event), I strongly recommend it. 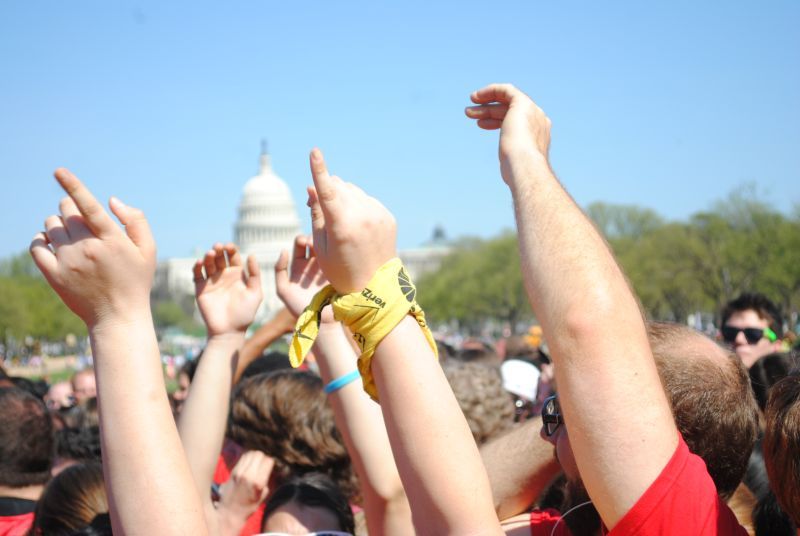