Lots of mail to talk about! I was busy this weekend. I got a new piece of furniture in place of an old one and I redeveloped my organizational system. In the process I found things that I’ve been meaning to send and I made some packages. I was inspired by the space that I have now.

One of the letters I received was from a girl that I exchanged letters with a few times last year. She explained to me that she stopped snail mail cold turkey to live her life in a different way. She did a lot of awesome things with her time and now that she’s gone back to her pile of snail mail she’s asking her penpals.. what is so significant about snail mail? I was wondering if I could hear what you guys have to say about that. Could you never give up snail mail? Why?? Why is it so important and wonderful?

Here are the packages I have going out tomorrow. 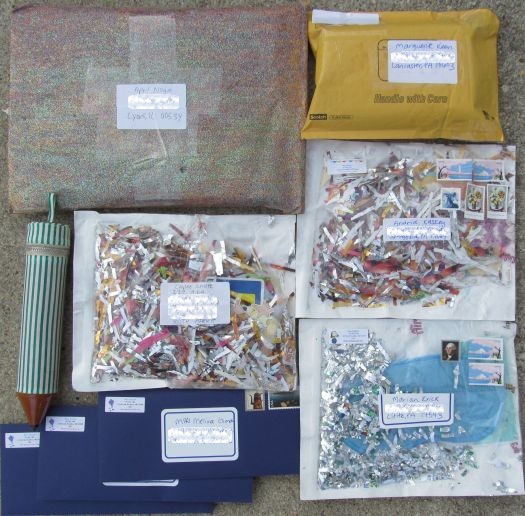 And then here is the rest that is going out tomorrow. 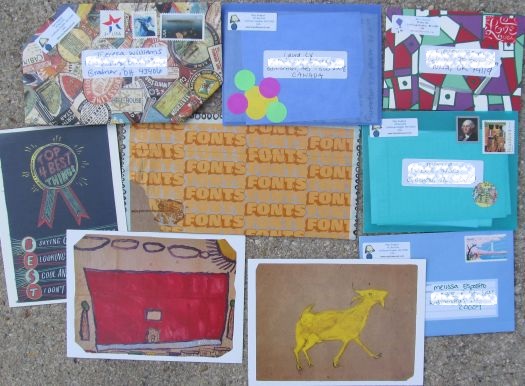 And here is stuff that you guys have probably already received that I sent out last Monday. 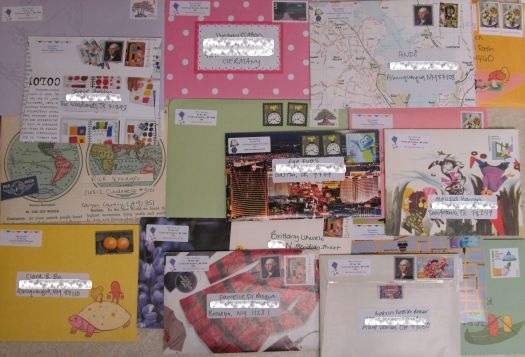 And thank you to everyone who sent me mail this week! 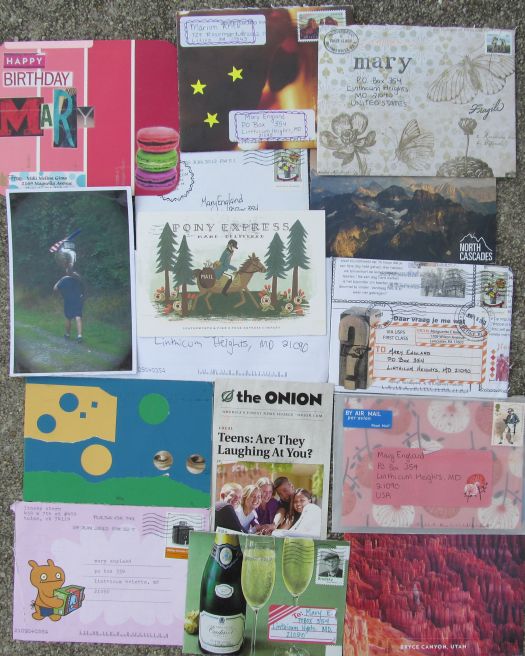 I also got some packages! Thanks to Marian for her zine, Miki for candles and cute clothespins,  JoAnna for some awesome goodies from Vegas, and Courtney for sending me a pinwheel. Courtney is collecting buttons so if you have extras, send them to her! Maybe she’ll send you a pinwheel. 🙂 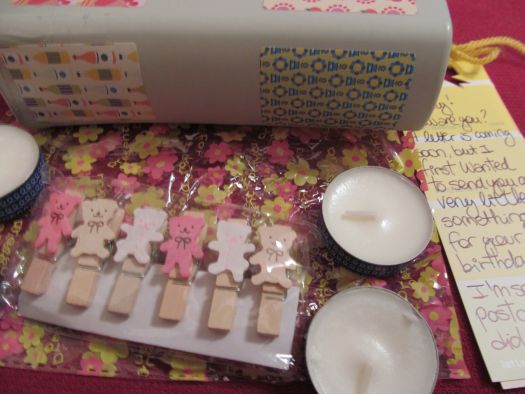 I also wanted to share with you the postcards I’ve received so far from Postcard Poets. 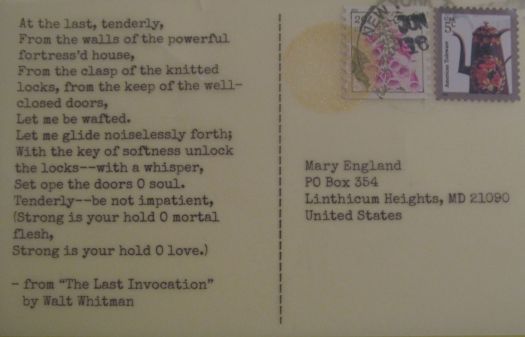 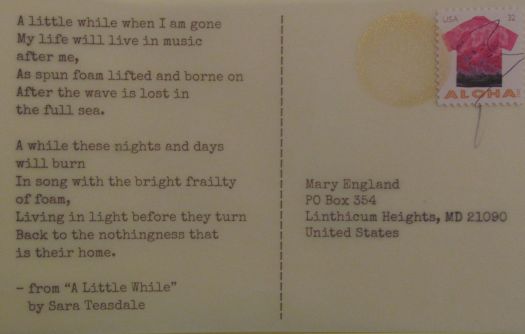 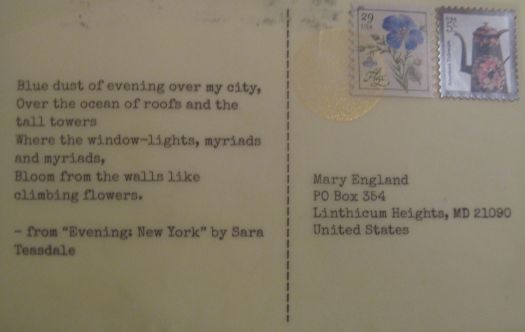