One of my goals for 2013 was to get a tattoo. For the record, I have a very small teal star on my right ankle. But because it’s so small, I always feel like I have to disclaim that when I’m asked if I have any tattoos. I don’t feel that way anymore! Now I can proudly say “yes!”
I had two ideas for my next tattoo. One was a mermaid and one was a quote. Once I chose the mermaid, I looked at a bunch of different images online, but none of them resonated enough with me to get it on my body. I was talking to Jenn one night, and she asked why I wasn’t getting Ariel. I realized that was a very good question. Ariel is the reason I began liking mermaids and is still my favorite movie to this day (watching it as I type this post).
Then it became clear. I was getting Ariel. My favorite part of the movie is when she sings on the rock and the water splashes behind her. So I had the tattoo artist draw that for me. I went to Orange Tattoo yesterday to get it done. I feel really good about it. 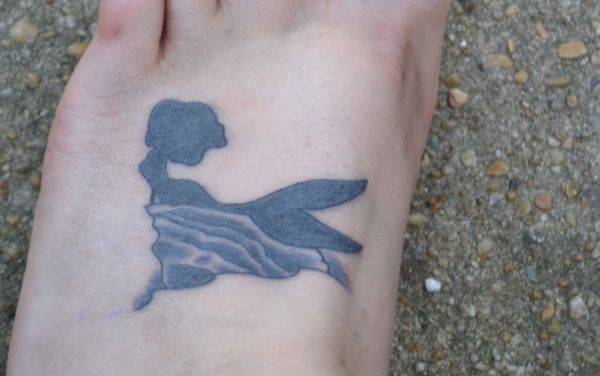 It’s already surprised people that I got her facing me. Including the tattoo guy. But you know, this is for me. To remind me of exploration, magic, and beauty. And I don’t care if you can’t see it from your perspective. She’s mine! 🙂 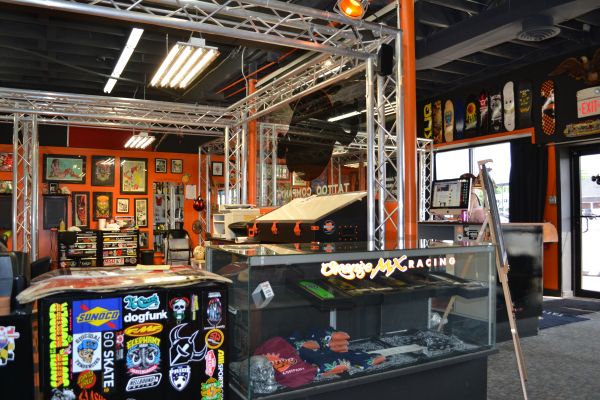 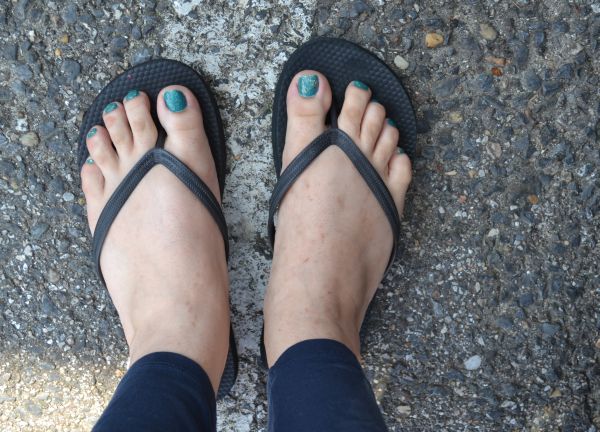 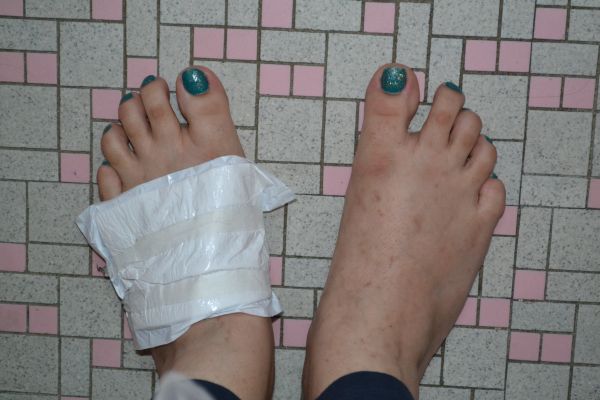 bandaged up
There was never a doubt that I wanted it on my foot. Some people tried to talk me out of it because of the pain level. My logic, though, was that I shouldn’t sacrifice half an hour of pain for something that isn’t going to make me as happy (and will be there forever). The good news, though, is that because I was expecting such massive pain that it was a breeze. The bottom left corner hurt a lot, but other than that it was fine. It didn’t feel good, trust me, but I handled it.
The session went by incredibly fast. When I went to take an “in progress” picture, he told me I was almost done. As he wiped my foot down he said, “And I don’t know how, but you get a piece of glitter in there.” And I smiled at him and said, “I always do”.
Other information:
+ My tattoo guy told me about a time that he refused to tattoo the Nazi symbol on a guy’s wrist and he went to get it done somewhere else. The reason he knows that, is because he came in months later and said, “I have to get this covered up today! I’m starting the Police Academy tomorrow!”
+ Every place in the world gives you different instructions for tattoo care
+ The main guy from Orange has done a lot of celebrities, like Justin Timberlake!
+ Sorry if you hate feet and just had to look at three pictures of my not so attractive ones. But you know, they’re a bit prettier now, 😉
+ The glitter is, unfortunately, not embedded in my skin. I just leave a glitter trail all around me.
Do you have any tattoos?
in Goals 23 May 201307 Apr 2014 2 comments
Share
Post tagsglittermagicmermaid