2013 really has been a year full of new experiences for me, and last night proved that it’s not losing steam near the end. I got arrested! Short version: I was walking with my two (intoxicated) friends back to the car, and a police officer saw us and decided we looked suspicious. He pulled me over and asked if he could do sobriety tests on me. I’m incapable of standing on one foot or walking a straight line in any state, so I told him that, and that was refusing too many of the test options… so he handcuffed me and took me to the station. 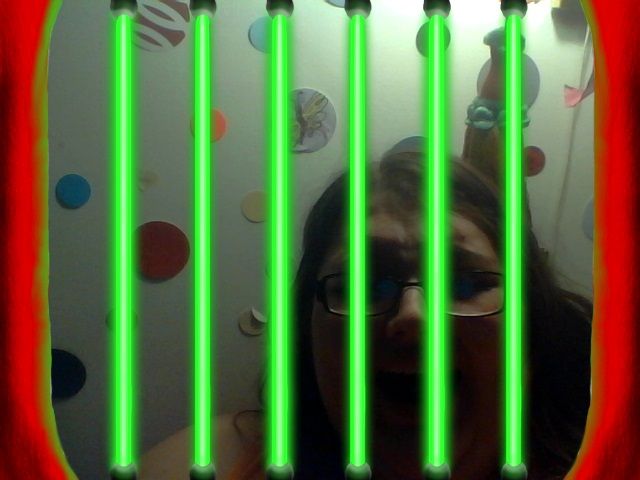 Once I got to the station, he went over a bunch of of legal documents, asked me questions, and made me sign stuff. He asked if I would take the breathalyzer test, and I agreed, so he got another officer and we went to another room. The machine is giant and looks like an 80’s computer. I passed the test, so they gave me my license back, had me sign some more stuff, and I got to go.

My friends had called another friend to drive, and they were waiting for me upstairs. The officers were very nice to me the entire time, and I was very cordial and cooperative. I understand they were just doing their job, and I’m extremely proud of myself for how I handled the situation. A few years ago I would have been crippled by anxiety. And to tell you the truth, I don’t regret anything that happened last night!

I’ve kind of always wanted to have the experience of getting arrested, but obviously I never sought it out because I don’t want to have criminal charges or go to court or any of that mumbo-jumbo. But last night, I got to get arrested, handcuffed, ride the in the back of a cop car, and then just… go home. Because there was no prosecution, it won’t even show up on the judiciary case search, which is more than I can say for that time I wasn’t wearing my seat belt…

If you would have asked me yesterday morning if I wanted to get arrested later, I would have obviously said no. But it was actually a really interesting experience (even though none of it was like the movies), and it ended really great because I didn’t actually do anything wrong. I’m glad I have friends who wait for me and will wake up at three in the morning to come get me.

To be clear, I am in no way recommending that you should do anything that could get you arrested. But this thing happened to me, and I’m embracing it with positivity. Finding the silver lining is super important and I’ve definitely found it.