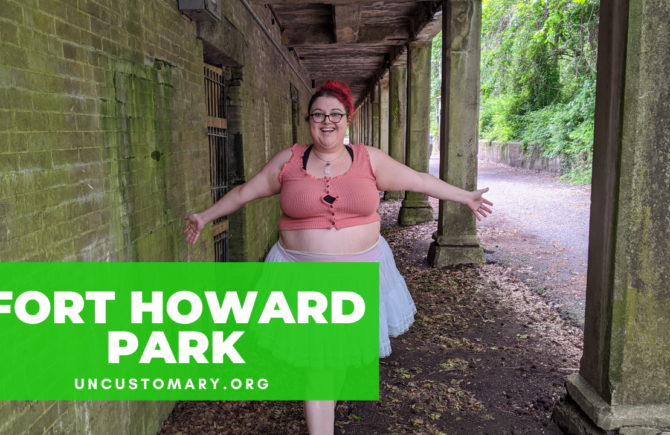 I grew up exploring Forts, which were places people fought battles because Baltimore is a port along the shoreline. I knew these had to do with war growing up, and even as an adult, I enjoy exploring them because I love abandoned things, but I want to address something very specific: Black Soldiers.

Two years after the war of 1812, seven thousand British soldiers invaded the space you see in this video along with other Forts I grew up with like Fort McHenry, in an attempt to burn it down in The Battle Of Baltimore.

I don’t have a lot of history on Black soldiers of this specific battle, but I do know some things about the War Of 1812 in general, and I think it’s important we talk about it.

Remember back then that Black people were slaves. Property. And they actually made up for about 15% of the Naval Corps. Some private ships had 50% Black crews.

Did they want to fight? It didn’t matter. Did they understand what they were fighting for? It didn’t matter. Did they even get to choose what side they were fighting on? NOPE. That meant that Black people were being forced to fight AGAINST other Black people. White people were more concerned with losing their slaves in a war as a loss of property than a human life.

There is SO much more to learn about black soldiers, as just ONE of the parts of our history. But when you talk about freedom, remember who was actually fighting. White slave owners were forcing Black slaves to fight for YOUR freedom and hundreds of years later we still can’t not kneel on their heads till they die because they exist as a Black person?

This is a marathon, not a sprint, and we are just getting fucking started.

Below, you can watch a video of Joe and I exploring Fort Howard Park, the largest fort that was invaded during The Battle Of Baltimore.