Recently I had the wonderful opportunity of working with Maura Housley, and I can’t rave enough about her. She’s a quirky photographer in the Baltimore area that likes to focus on expressive portraits highlighting the unique energy of all types of individuals. I had the chance to ask her a couple questions, and I’d like to share her answers with you. 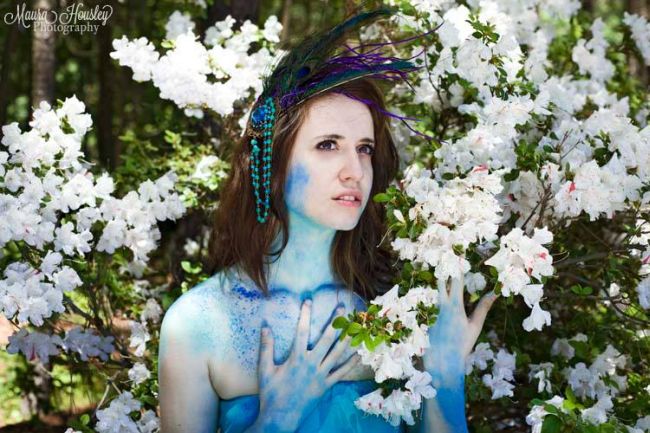 Q: How long have you been into photography?

A: My dad gave me my first camera in high school, and I started playing with it with my friends. I went to school for it because I was so interested in photography as an art. 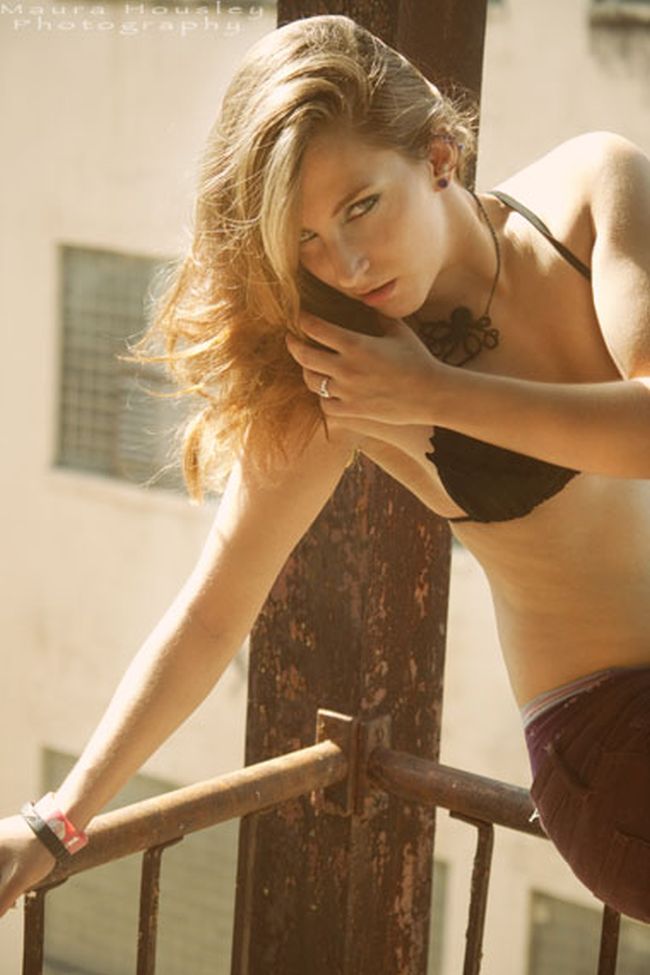 Q: Why are you drawn to photography?

A: You can literally manipulate anything to say what you would like it to. I can photograph the same thing as someone else and get a completely different photo, and to me it feels more authentic than other mediums like painting. Taking a photograph of something is real no matter how I manipulate it. I love being able to give someone a photo of themselves that really shows what I think of them, or what they think of themselves as a person. We so often compare ourselves to other people in photographs and we forget to look at ourselves as who we actually are, and appreciate our true beauty. 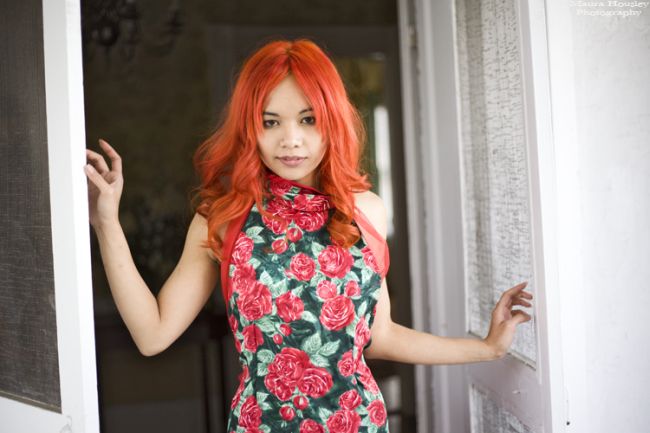 Q: What’s your dream with photography?

A: I would love to open up a studio to do my own type of boudoir portraits. I want to make women feel empowered, confident, and comfortable with themselves. I want to photograph your sexiest photos, be it in a pair of jeans or lingerie. 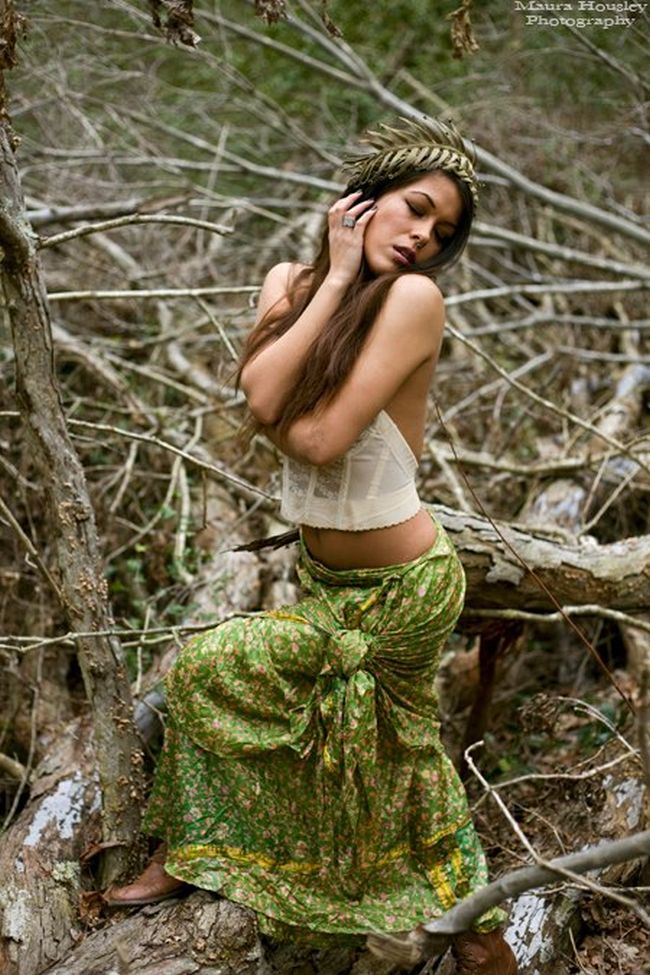 Can we agree that Maura is awesome? Empowering women with photography? Hell yeah! When I worked with her, she brainstormed photoshoots that would accurately express my personality, and we ended up coming up with sets that involved a lot of color, mess, and fun. She is good with directing you if you’re feeling uncomfortable, and is able to incorporate both your and her ideas into the shoot. 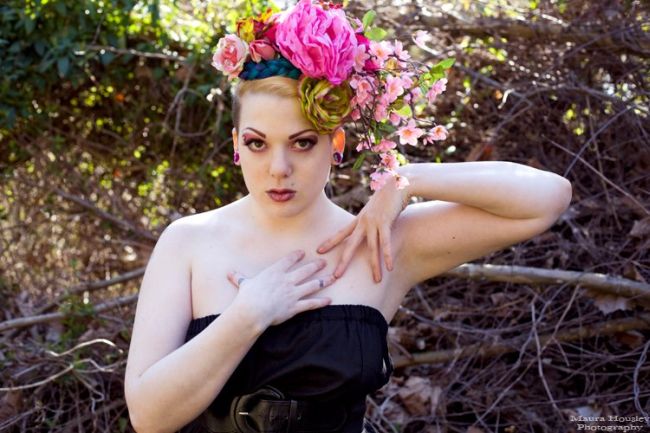 Maura recently moved to the Baltimore area, and she is looking forward to building her relationship with the public here. She specializes in expressive portraits and out of the ordinary/alternative things, but she can also do family portraits and weddings! Basically, this girl can shoot anything from traditional to Beetlejuice. If you’re interested in working with her, please contact her on Facebook or via e-mail at housley.maura@gmail.com

More Like Maura: Women Photographers Who Shaped the Industry

More and more women, like Maura Housley, are becoming interested in photography. And it’s not surprising anymore because history tells that many women were involved in shaping photography. While modern female photographers are knowledgeable about the importance of photography hashtags, history narrates the role of women in shaping this industry.

Check out these women photographers who took part in photography’s amazing history:

She’s considered one of the first women photographers, who was also a botanist. She learned photography to be able to include images in a book. Anna Atkins learned the skill from William Henry Fox Talbot, the “photography pioneer,” who invented the calotype.

She opened a studio in the early 1920s after attending a photography class. Margaret Bourke-White is an American photographer famous for her photojournalism, wherein she photographed the first cover of Life magazine and worked as an international photojournalist. Margaret continued her work through the Korean War. Her work are considered priceless historic photojournalism.

She was involved in documentary-style photography, which was influenced when she was writing her architecture dissertation. Her photographs of places and people appeared in several exhibitions. Also, Ilse Bing was one of the first photographers who tried electronic flash, night photography, 35mm film, and solarization.

She is considered as one of the first female press photographers who started her career as a photographer with a borrowed camera. Her famous images include London’s suffrage movement of women. She focuses on capturing images in self-published postcards, which was a popular photography format at that time.

Can we agree that Maura is awesome? Empowering women with photography? Hell yeah! When I worked with her, she brainstormed photoshoots that would accurately express my personality, and we ended up coming up with sets that involved a lot of color, mess, and fun. She is good at directing you if you’re feeling uncomfortable and is able to incorporate both your and her ideas into the shoot.