One night a couple of weeks ago, I light-bulb-idea-ed that I could make a small inspiration board and install it somewhere public. I hadn’t seen something like this before, so I gave it a go.
For these first two, I bought on sale bulletin boards from Target (back to school shopping!) and filled them up with magazine clippings, ribbons, a “take what you need” flyer, and a space for passersby to write what inspires them. (There’s also a pen!) So it’s not just a visual piece, but an interactive one.I put the first one up in Mount Vernon, near the Washington Monument circle. And the second was put in Fells Point down by the water.

It rained later that day, so I hope they held up well. I didn’t think to tape over them until the second one. I’ll go back later this week and see if they are still there and if so, if anyone’s written or taken strips! 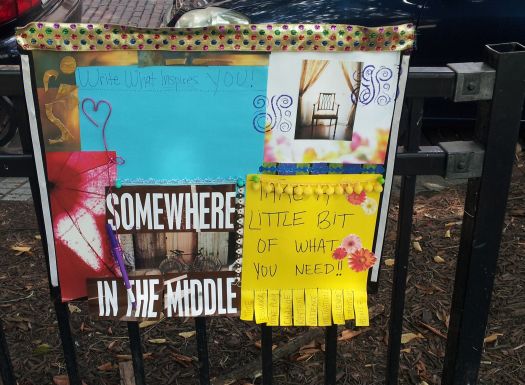 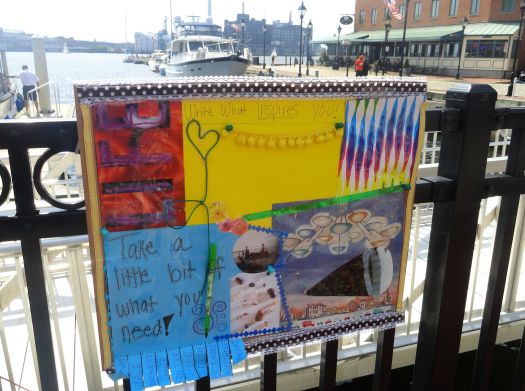 I’ve already bought very small cork boards that I’m going to do some small themed collage on and put those up next! Yay. 🙂